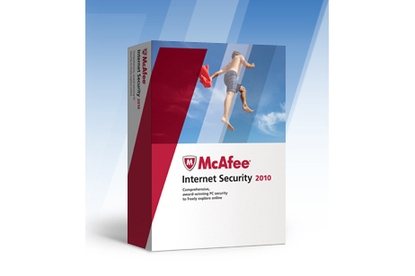 McAfee Internet Security 2010 performed well at detecting and blocking malware. However, McAfee needs to improve its scan speed and performance, and to bolster its behavioural malware detection.

McAfee Internet Security 2010 does a good job at detecting malware, its interface is fresh and distinct from the pack, and it has a solid set of features.

However, our tests show that McAfee Internet Security 2010 slowed system performance more than many competing security products did.

McAfee has completely redesigned the interface for McAfee Internet Security 2010, and we like its fresh approach. It's intuitive and easy to work with, and its look is quite unlike any other security suite. Sections are called drawers; click the section, and the drawer opens to reveal the settings and status of each component. The top portion remains fixed, offering a static overview of the entire product.

McAfee Internet Security 2010 proved effective at cleaning up active infections; it detected all test infections, disabled 87 percent, and completely removed 47 percent. That removal rate is about average for the 2010 products we test; the suites we tested were generally effective at disabling infections, but often left malware components behind.

McAfee did well in results for behavioural detection of malware (which detects malware based only on how it acts - an effective way of detecting new or unknown threats) scoring 87 percent for detection, 73 percent for blocking attacks, and 60 percent for removing all traces of infections. This is a good test to tell how well suites can stop brand-new malware threats. Our top performers detected and blocked over 90 percent of samples, so McAfee Internet Security 2010's scores were good, but not outstanding.

In addition, McAfee Internet Security 2010 tied Kaspersky as the leader of the pack in rootkit detection, earning a perfect score for both detection and removal of rootkits (stealth malware used to hide other infections). As for old-style signature-based detection of malware, the McAfee package performed the best of all the suites we reviewed, with a 99.9 percent detection rate. Most other products put up detection scores in the range of 95 to 98 percent. However, signature-based detection isn't as important as it once was. Newer methods of blocking brand-new malware threats, particularly behavioural detection, are becoming more critical.

This suite made for somewhat longer boot times on our test machine. Boot times averaged around 50.6 seconds, nearly 4 seconds longer than the average startup time of the suites we tested. According to our lab speed testing, McAfee Internet Security 2010 was slower in tests overall compared with the other suites we tested. And it had the slowest on-access scan speed: it took 9 minutes, 21 seconds to scan 4.5GB of data; the best performer in this test took only 2 minutes, 51 seconds. (The on-access scan test judges how quickly a product can scan files for malware when they are opened or saved.) In our hands-on use, though, we noticed only slight slowdowns.