Are backup programs for mere mortals getting any better? 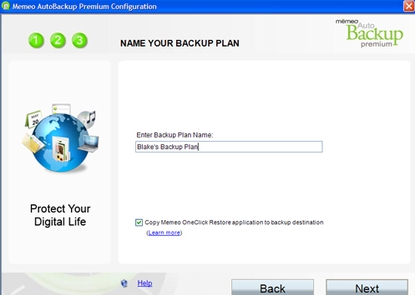 Memeo's trick is that instead of backing up files using a set schedule, it monitors them all the time, backing them up as they are created, and keeping several versions if the user wants it that way.

Ever since the makers of external hard drives realised that bundling a backup program with their products was a sensible idea, programs like Memeo Backup have been on the rise.

You get a cut-down and generally pretty limited piece of software you can't complain about because you didn't pay for it, or at least you think you didn't. But is there anything clever in the paid-for versions of the same programs that might be worth the upgrade cost?

Memeo exists as a trio of paid products, starting with a functional Backup version, followed by the one they really want you to buy, Backup Premium for Vista/XP, and topped off with Pro' small business version designed to tackle servers and network drives in addition to workstations.

But here's the interesting bit. Memeo's trick is that instead of backing up files using a set schedule, it monitors them all the time, backing them up as they are created, and keeping several versions if the user wants it that way. The concept gets round the flaws in scheduled backup, such as backups failing when either the source or destination is not available. If a file can't be saved to the destination for some reason, Memeo just saves the file locally until that drive or device comes back online.

As clever as it sounds, it's no longer a selling point on its own as other backup programs (for instance the excellent Yosemite Filemaker Pro) use the same idea. The battle, as with everything in software, is to do it well.

Getting the app up and running means running a simple wizard through which source directories or file types are selected, and pointed towards one from a range of possible destinations, including an hard drive, USB stick, or network drive. Users can also sign up for Memeo's own online storage service, iDrive.

Files are selected initially based on their type (word processing, images, etc.), an unfamiliar concept for most experienced users but it does mean you remember to back up Outlook's chunky .pst file — and then manually by selecting folders from local drives. The small wrinkle is that you have to do both, telling the software that you want ‘word processing files', say, before actually selecting a directory in which such files exist.

The next stage is to set up ‘exclusions' or ‘inclusions', depending on whether you want certain files within the categories you've chosen not to be saved, for instance .tmp files. Multiple versions of files can be requested and encryption (of unspecified format) applied. Files can also be ‘tagged' for later recovery — this is said to be useful for digital camera files — but these would only work with Memeo of course.

A nifty feature is the integration with Windows Explorer through the LifeAgent add-on, which means that clicking on a directory from within Windows lets the user add it to an existing backup plan, or back it up by creating a new one.

All programs offer a restore function of course, but not all make this as simple as does Memeo by preserving the original file structure and data format. In addition, a copy of a utility is copied to the destination folder along with each job making it possible to retrieve the files even when the backup device is connected to a computer without the main backup software running.

An inconvenient aspect of installing Memeo Premium is that it requires a reboot to get it working (thanks to the Explorer integration feature), which is echoed by the eccentrically-slow speed of its initial file backup routine. Annoyingly, having downloaded and run the Vista install app from Memeo's Web site, it then detected a new version, which required a second install and yet another reboot.

Not long after install one, the program wasn't always happy to restart, informing us that it might not have been installed correctly. The update seemed to cure this, but left an impression of flakiness.

The relaxed file gathering routine is supposed to minimise CPU time, though this still ate up to 40 percent on our test machine. Everyday background backup was not noticeable, but the CPU meter still spiked from time to time as it carried out its monitoring. File access did slow down a bit under under Vista.

By default, the program likes to bombard the user with status messages, which grew tiresome. Luckily, some of this can be turned off. A simple ‘I'm working' status message at the start of every session would have sufficed.