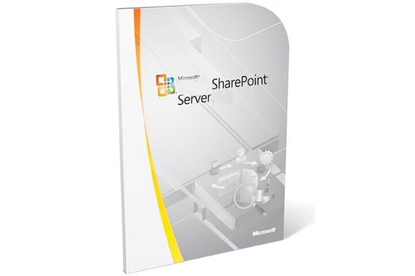 Some of the more interesting features involve new Representational State Transfer (REST) support along with improved Excel and Visio Services. Imagine creating an Excel spreadsheet and publishing the data as a chart within a SharePoint site.

Then, as you update the spreadsheet, the published chart almost instantly reflects the changes. There's also new technology called SQL Server PowerPivot for Excel and SharePoint, which Microsoft claims will quickly render millions of rows of data in a browser.

We successfully tested Visio services - creating complicated diagrams in Visio, rendering them within a SharePoint site, and having edits appear without additional publishing steps.

InfoPath Forms Service is also enhanced. It was much easier to build interactive forms (requiring little or no code) and publish them on the web. Finally, there's something for Microsoft Access users. Access Services let us create a database application (with forms and views) and publish it to a site; accessing and updating the data was very quick through a browser.

These data features empower business users to publish information from Office Applications. The expanded Business Connectivity Services do much the same for Line-of-Business information. In the past (with the old Business Data Catalog), you could read data from, say, SAP applications. Now, it's possible to read, update, delete and search repositories.

In a simple test, we connected directly to a SQL database - and was able to update tables from a SharePoint site. Creating this test scenario was very straightforward using the improved SharePoint Designer 2010 (which will continue to be free). For instance, the Office Ribbon and a simple form for connecting to the SQL database enabled me to build the required functionality in about five minutes.

IT managers may cringe at allowing business users this type of power. Recognising this concern, Microsoft includes a number of "safe" out-of-the-box customisations within SharePoint Designer, so sites can be tailored with little risk. Administrators can further lock down the type of site changes users can make with SharePoint Designer.

In MOSS 2007, these types of modifications meant the farm administrator had to trust your code. But Microsoft SharePoint Server 2010 introduces a new Sand-box Solutions feature. Put simply, it isolates code and restricts resources, such as memory, SQL access and CPU. So there's little concern that poor coding will degrade the server farm's performance.

Even with extensive planning, upgrades are never easy - at least not in my experience moving to MOSS 2007 from earlier versions. But stepping up to Microsoft SharePoint Server 2010 will be far less of a hassle.

For starters, existing sites can convert with the existing MOSS 2007 user interface, including any customisations. Then, site stewards can preview and switch to the new user interface when they're ready. There's also an upgrade checker that helps you identify custom code that might be replaced with out-of-the-box SharePoint 2010 features.

For day-to-day management, the streamlined Central Administration console provides new tools for throttling activities, such as bulk jobs or asynchronous tasks, to help prevent the server from slowing. Additionally, we liked health reporting, which pointed out where my server configuration could be improved.

This information is available from a much improved web-based administration interface. On the flip side, the new PowerShell command line interface automates common steps. It ships with hundreds of "commandlets" for doing most anything from creating sites to updating user permissions.