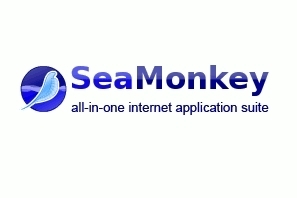 Despite SeaMonkey's rough edges, its bundling of a browser, an e-mail utility, and an HTML editor in one package is appealing.

Volunteer developers have resuscitated a group of Internet tools built by Netscape--whose spin-off, Mozilla, brought out the popular Firefox Web browser. Renamed SeaMonkey, version 1.0.1 of this free open-source suite integrates Web browsing, e-mail, chat, and an HTML editor in a robust, easy-to-use package that works well despite a few bugs.

SeaMonkey's Navigator has standard browser features such as tabbed browsing, pop-up blocking, and cookie controls, but it lacks many extensions available for Internet Explorer and Firefox. Some useful Mozilla extensions work with Navigator, such as the NoScript program for blocking JavaScripts and the Googlebar toolbar, which is similar to the Google Toolbar.

In our informal tests, browsing with SeaMonkey was the same as using IE or Firefox, except the Back button was bullet-fast. Several bugs remain, however: When we specified my own font style and size, for example, some pages rendered incorrectly, jumbling images with text.

The SeaMonkey Messenger e-mail and newsgroups program looks like its Mozilla and Netscape Messenger predecessors, but adds modern features such as a phishing-detection tool and the ability to view and access mail from several different accounts in a single inbox. Mozilla says that you should be able to import mail and address books from other Messenger clients as well as from Eudora, Outlook, and Outlook Express. While this held true for our Outlook Express mail and folders, we were unable to import mail or addresses from Outlook in our three attempts.

To access Internet Relay Chat in either Messenger or Navigator, you open ChatZilla, an open-source IRC instant-messaging program. For anyone accustomed to AIM, MSN Messenger, or Yahoo Messenger client software, the switch to ChatZilla will be jarring. Instead of a tool enabled by colorful buttons (and laden with advertisements), ChatZilla is less friendly; for example, you join chats by entering Web server addresses manually (links to several popular IRC networks, such as Moznet and Quakenet, are provided). ChatZilla is clearly designed for Web pros rather than for average, everyday users of chat.

As for the SeaMonkey Composer HTML editor (the old Netscape Composer), think of it as a light version of Microsoft FrontPage. It looks much like a word processor with big buttons for such operations as Publish, Link, Table, and Image, and it lets you work with a page's HTML code.

Despite SeaMonkey's rough edges, its bundling of a browser, an e-mail utility, and an HTML editor in one package is appealing. Though the suite isn't likely to convert many Firefox or Internet Explorer users, it will probably find a home with Web developers and others who pine for the Netscape era or who simply like having their entire Web tools in a single wrapper.