The Nike+ SportWatch GPS is comfortable and easy to use, but a little expensive given its limited feature set The Nike+ SportWatch GPS is definitely worth a look if you're after a watch to monitor your running. It's easy to use, comfortable to wear and the Nike+ service is a great way to keep track of your run data. However, more advanced users may baulk at its basic functions and the built-in GPS can often be erratic.

Nike is no stranger to the fitness game but its latest collaboration uses a helping hand from TomTom to produce a sports watch with a built-in GPS receiver. The Nike+ Sportwatch GPS is effortlessly simple and easy to use, though it is a little pricey considering its basic functions.

Sports watches aren't the most attractive of devices, but Nike and TomTom do deserve some credit for the design of the SportWatch GPS. Although we initially had concerns about its large looking size, the watch is fairly light, comfortable to wear and doesn't look too much like an eyesore. The bright yellow accents may not be to everybody's taste but only the back of the watch, the back of the band and a single button on the left side are coated in this finish — the rest of the watch is a more traditional black.

Before you use the Nike+ SportWatch GPS for the first time, you'll need to download the Nike+ Connect software then plug in the watch to a USB port on your computer. The USB port is nicely integrated into the end of the wrist strap (accessed by flipping open the hinge), while Nike also includes a USB cable in the sales package that will charge and synchronise the watch. Annoyingly, upon initial use you'll need to adjust the time and date through the Nike+ software on your computer, not on the watch itself. Once you've set this up initially, however, you can then adjust the time on the watch. 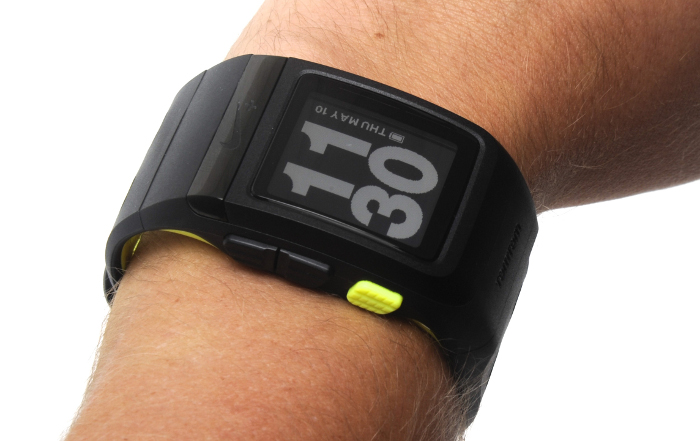 When not in running mode, the Nike+ SportWatch GPS displays the time in a large font on the screen, with the date and a battery indicator shown vertically on the left hand side of the screen. The screen is easy to see outdoors even with the backlight off, while the watch itself is completely waterproof so it can be used in the rain, or even during exercises like swimming or other water sports. We didn't take the watch swimming but ran it under a tap for over two minutes and it worked without any issues.

The Nike+ SportWatch GPS is dead easy to use and operate. The watch only has three buttons on the left side, two selection keys and a select/menu button. The main menu lets you show the time, start a run, see your history, check records and activate a built-in stopwatch function. You can choose to hear audible sounds when buttons are pressed, while the watch will display a motivational quote upon the completion of a run and will also remind you if you haven't ran in five days. 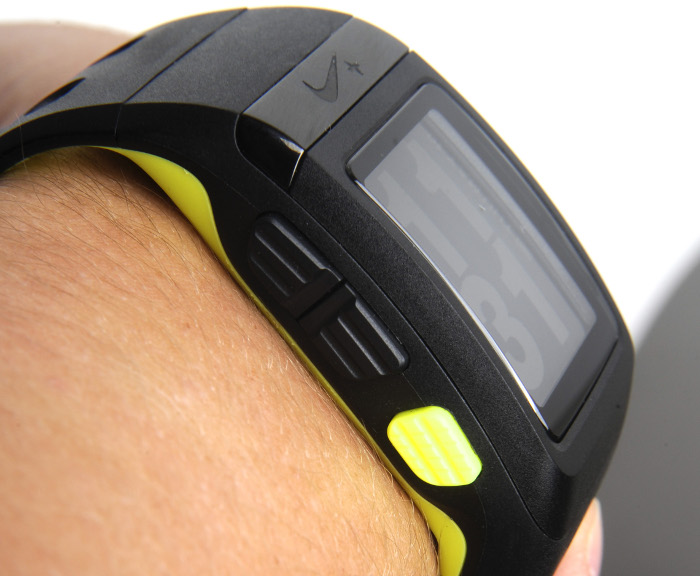 Users can tap the screen to mark laps on a run or turn on the screen backlight, but we found this a hit and miss affair — occasionally the watch wouldn't detect our taps on the screen, so we had to press two or three times for the function to register.

When you're ready to go on a run, simply select "run" from the main menu and the Nike+ SportWatch GPS will search for a GPS signal. Before our initial run it took the watch about two minutes to find and lock onto a GPS signal, but we found this erratic in most instances. It only took around 20 seconds to find a signal on our second run, but over a minute and a half the third time we went for a run. To combat any GPS issues, Nike includes a shoe pod receiver in the sales package that will negate the need to use the built-in GPS if you can't get a signal. The shoe pod fits into the insole of a select range of Nike running shoes, but can be attached to most other shoes with an optional, third-party adapter. 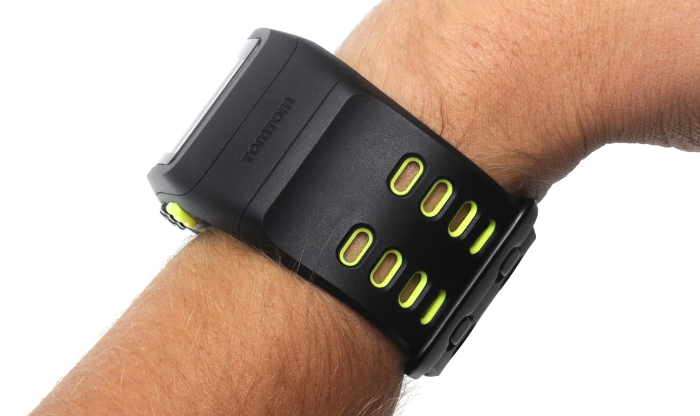 During a run, the Nike+ SportWatch GPS displays the distance of your run in a large font, while the top part of the display rotates through various other details including calories, speed, elapsed time and average speed. You can also mark laps based on a set distance or time by tapping the touch-sensitive screen.

Once you've finished a run, you can upload your data to the Nike+ service by plugging the watch into a USB port on your computer. We would have appreciated a built-in heart rate monitor function, though Nike says the watch is compatible with the Polar Wearlink+ Transmitter heart-rate transmitter. There's also no cycling mode, so the watch is purely for running only. 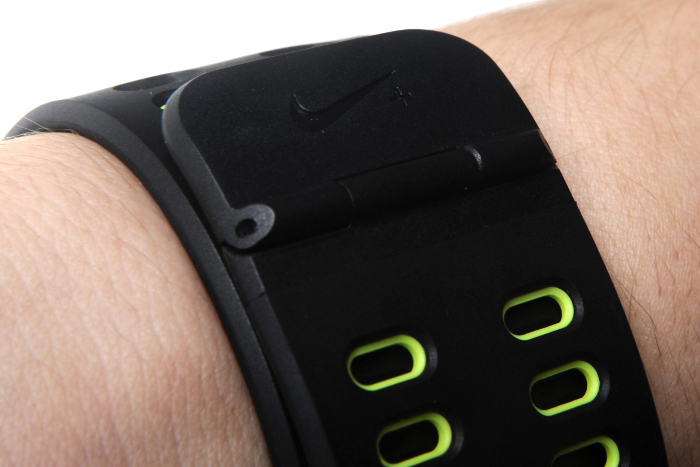 Uploading the data to the Nike+ service is where the SportWatch GPS comes into its own. You can view your workout by pace or the route you took (displayed on a map) and you can also see your pace and time per kilometer, your fastest kilometer based on all your runs and your elevation.

The Nike+ service also allows you to set a host of goals and challenges, create a custom training program tailored specifically to your needs and share your running data through social networking services like Facebook and Twitter. Nike says the service has almost four million members, though there appears to be no way to export this data should you feel the need to do so. 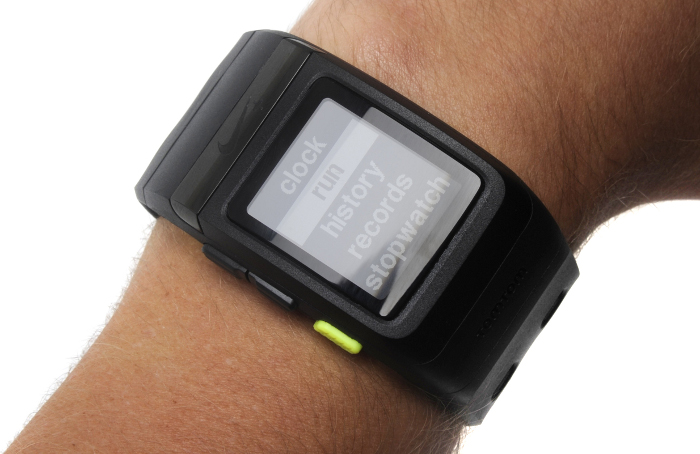 Nike claims the SportWatch GPS' battery will last up to nine hours of run time, though we experienced a little less than that. With a 30 minute run once a day, we managed to use the watch for six days before the battery needed a recharge, which is still pretty impressive. If the battery is nearly dead, the SportWatch GPS takes about two hours to charge to full capacity.

The Nike+ SportWatch GPS is available now through Ryda stores for $199.99.