The Nikon 1 V1 is an interchangeable lens camera that's capable of supplying great image quality, and it's well built, but it's poor when it comes to usability. Furthermore, its sensor is very small and not up to the standard of competing cameras from Olympus, Panasonic, Samsung and Sony.

We're going to say this right at the start: the 10.1-megapixel Nikon 1 V1 is capable of producing excellent images through its two standard kit lenses. Colours turn out vibrant, details are crisp and the camera gets the exposure right more often than it gets it wrong, even in difficult conditions. It's a very good camera for anyone who just wants to use auto mode and point and shoot. However, it's not the nicest camera to use if you're a control freak: often-used control buttons are missing, the lenses don't have manual focus rings and changing shooting modes is a chore because you have to navigate through the menu system.

The Nikon 1 is Nikon's first attempt at an interchangeable lens camera (perhaps the reason for the name) and it's very late behind the likes of Panasonic, Olympus, Samsung and Sony, which have had interchangeable lens cameras available on the Australian market for at least a couple of years. The Nikon 1 isn't better than any of those cameras that we mentioned in terms of specifications: it comes with a tiny 13.2x8.8mm CMOS sensor — it's even smaller than the Micro Four Thirds sensor used by Panasonic and Olympus.

You also don't get great physical control. Primarily, the lenses that ship with the Nikon 1 V1 can't be focused via a focus ring — they don't have one. To manually focus, you have to rotate the ring on the back of the camera, and this is very uncomfortable. There isn't a dedicated button for changing the ISO speed, and the mode dial doesn't have options on it for manual or semi-manual shooting. If you want to use manual, aperture priority, shutter priority or program modes, you have to change to these modes through the on-screen menu. It's a tedious task. Focus mode can be changed via a dedicated button and the focus point can be changed by pressing the 'OK' button and then moving the focus box to almost anywhere on the screen — this wasn't documented in the manual.

Mostly, it's a camera that is geared towards users who don't mind letting the camera automatically detect exposure settings, yet want to be able to change lenses depending on the focal length they require. We got the best out of this camera by simply leaving it in program mode and letting it decide most of the settings by itself. Its ability to properly exposure pictures in bright sunlight was fantastic and we had no problems using it even in the brightest Sydney sunlight. Its dynamic range was also very good and it handled shadowed areas in otherwise bright images very well. The shadowed areas in this picture were exposed very well by the Nikon 1. 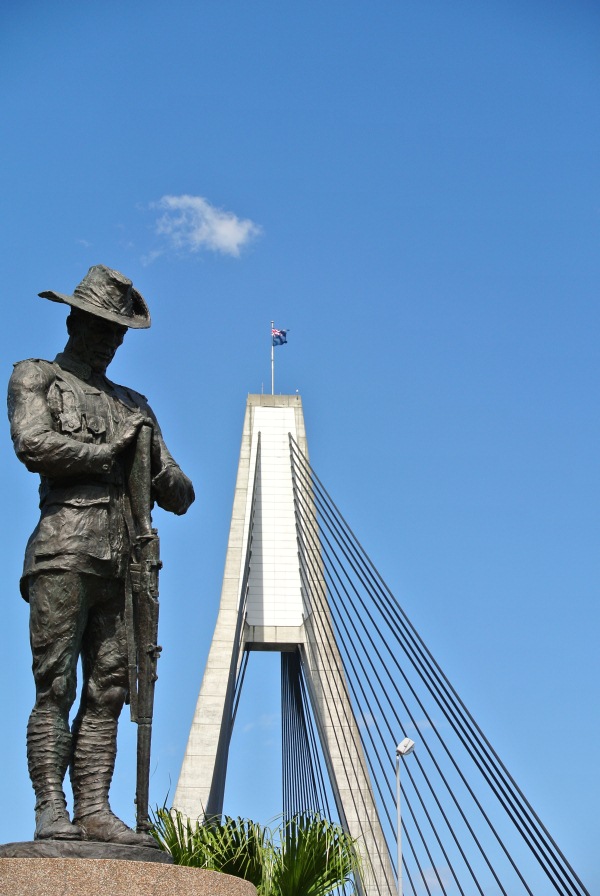 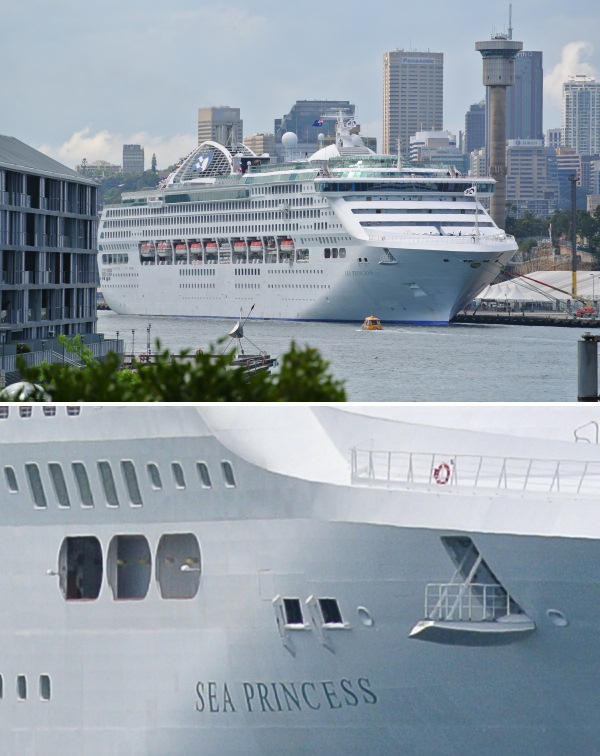 Colours were vibrant and overall image clarity was high. The bottom image is a 100 per cent crop of the cruise ship above it.

We did have some problems with image stabilisation though. Some of our pictures came out very blurry when shooting indoors or in low-light outside, even when a shutter speed of 1/60sec was selected. We sometimes had to take two or three shots of the same scene in order to get a clear result. This happened even when we used the mechanical shutter, but blurriness was a lot worse when using the electronic shutter in the same scenarios.

This was shot at 1/60sec with image stabilisation enabled and the mechanical shutter. At first it came out blurry, but a couple of shots later it came out clear.

As for the camera's high ISO performance, we found it to be excellent — it can take usable images even at ISO 3200. But to get to the ISO setting, you will have to navigate through the menu system each time. There is a feature button (F) on the body of the camera, but it can't be programmed and is only there to allow you to quickly change between the electronic and mechanical shutters.

If you plan on using the camera manually, you can use the rotational control around the five-way controller and the zoom rocker above the thumb-rest to change aperture and shutter settings. Apart from that, this camera has the same basic control layout as a compact camera. There are separate shutter and video recording buttons though.

Video mode can capture Full HD quality video (as well as shoot stills while in video mode) and there is also a mode for slow motion video, which can be shot at either 400 frames per second or 1200fps. At 400fps, the size of the video is 640x240 pixels. Shooting in this mode requires a lot of light and recording slow motion indoors without a powerful light source will produce nothing but darkness. It's best used for action shots outdoors, or in a studio setup with lots of light.

You can see from this test video that even in bright sunlight the picture is very dark and lacking in detail. You definitely need an optimal lighting setup when using slow motion video.

Another video mode is called 'motion snapshot mode', which can take a still photo and combine it with a one second video and music. There is a 'smart photo selector' mode on the dial that can be selected if you want to make sure you capture the best possible picture in difficult circumstances, such as a child playing, a pet on the move or basically anything moving. The camera will pre-buffer a whole bunch of shots when you press the shutter halfway and then stop when you press it all way of after 90sec (whichever comes first). It then automatically selects the best, most in-focus three or four photos from those that it buffered.

Physically, we really like the shape of the Nikon 1. It feels comfortable to hold and because it's so sturdily built, it also feels heavy and stable — although this didn't help reduce shake in all of our tests. It doesn't have an articulating screen, and its lenses have the same annoying locking feature as the lenses for the Olympus PEN cameras. We love its built-in electronic viewfinder, which is great to use while out in the sun and we got great battery life out of it, too.

The lenses we used for our tests were the 1 Nikkor VR 10-30mm f/3.6-5.6 and the 1 Nikkor VR 30-110mm f/3.8-5.6, which ship with the Nikon 1 V1 kit and attach to the Nikon 1 mount. These lenses performed very well without any obvious chromatic aberration, not too much distortion and they supplied reasonably decent depth of field in close up shots despite the camera's very small sensor. 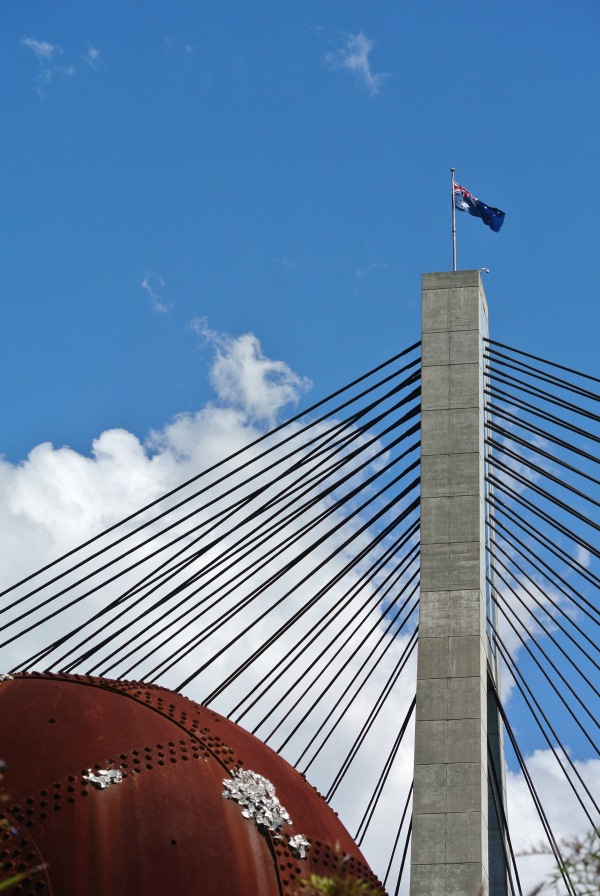 However, for $1399, we don't think this kit's price is right. You could buy the Olympus PEN E-P3 in a dual lens kit for just over $1000 — granted that's without the electronic viewfinder, but even with an EVF (VF2) the price is $50 cheaper than the Nikon.

It's not a camera that we can recommend wholeheartedly and that's because it's not an intuitive camera to use, it has a small sensor compared to competing models and it's a little too expensive. That said, it can produce very good image quality. You should only consider the Nikon 1 if you're already a Nikon D-SLR shooter and want a smaller interchangeable lens camera that will eventually be able to also take all your F-mount lenses via an optional adapter.