Nikon COOLPIX S9100 review: A compact camera with an 18x zoom and a good CMOS sensor Nikon's COOLPIX S9100 is well built and it has a massive 18x zoom lens. It can take clear and vibrant pictures, but because it lacks manual controls it can sometimes struggle in challenging lighting conditions. Overall, though, it's not a bad camera at all for a user who wants something automatic.

The Nikon Coolpix S9100 is a solidly built, automatic camera with a huge 18x zoom lens, and it can produce very good images. It doesn't have extensive manual settings, which means it can be tough to capture a great shot in difficult lighting conditions.

The Coolpix S9100 has a 12-megapixel CMOS sensor and a 25-450mm zoom lens, and it's simple to operate. It's aimed at users who want something that's small and automatic yet capable of capturing shots from a distance, as well as taking close-ups. It's not for users who want to mess with aperture and shutter values — check out the Canon PowerShot S95 is you want a manual camera. The most you can do to change the exposure on the S9100 is play with the ISO speed and the exposure brightness. It's quite similar in its capabilities to the Ricoh CX5: It's basically a well-built automatic camera with a good sensor.

The mode dial includes auto, automatic scene selector, scene, effects and continuous mode. You also get dedicated mode settings for three scenes: Night landscape, night portrait and backlighting. The shutter button has a distinct two-step feel to it, and the camera's zoom rocker is not too loose. The rear has a dedicated button for enabling video mode, as well as a conventional 5-way thumb controller (with a rotating ring), and playback, menu and delete buttons. You can access most of its settings by hitting the menu button, and you can change the focus point by rotating the ring.

The Nikon S9100 captures high quality images for the most part; this is evident when you scrutinise the photos at their native size. Images look clear and detailed and there isn't much noise at low ISO speeds. Images captured at maximum zoom are blurrier though, especially if you shoot them while holding the camera, so you won't be able to crop them too much without seeing a drop in detail. However, as far as mega-zoom compact cameras go, the S9100 is a good one: It can definitely produce usable images at its maximum zoom. 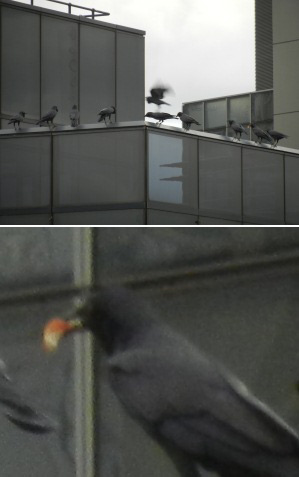 This was a handheld shot using the Nikon's maximum 18x optical zoom.

Image stabilisation is built in to the camera, and you can actually feel it working when you press the shutter button half-way down. It performed quite well in our tests, but it's still no substitute for a tripod, especially if you'll be shooting at the maximum zoom (or close to it) or in low-light conditions.

Because you can't change the exposure settings, shooting in very bright conditions can pose problems. Often during our tests the camera didn't use high enough aperture and shutter settings and we ended up with very harsh-looking pictures (this is unlike the CoolPix S8000, which handled automatic exposures much better). The scene modes didn't help ameliorate this much either and we had to change angles instead to get better dynamic range in the shot. 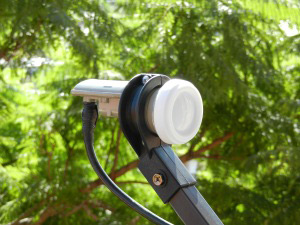 On the bright side, pictures shot in bright light will look, well, bright. The highlights in this photo are overdone; the camera only used a shutter speed of 1/160, ISO 160, and an aperture of f/4.9. It's not too bad, though, and it's very clear.

When it comes to video, the S9100 is merely adequate. It can shoot at a resolution of 1920x1080, and the autofocus can work full time to make sure scenes are always clear. However, moving the camera while shooting produces footage that is noticeably choppy. Like most compact cameras, the best results will be obtained when holding the camera as steady as possible or using a tripod. We love the fact that the camera can shoot at 240fps; you'll definitely want to shoot everything you see in slow motion — once you start, you can't stop.

Overall, the Nikon Coolpix S9100 is a good camera. It can produce clear and vibrant images, it has some cool creative modes you can use (such as a selective colour filter), and its zoom range is versatile. We just wish it had manual controls so that you could tell the camera what to do in difficult lighting situations. However, novice users who don't require manual controls should find this camera to their liking.