Nokia 7 Plus review: Predictable and plus-sized 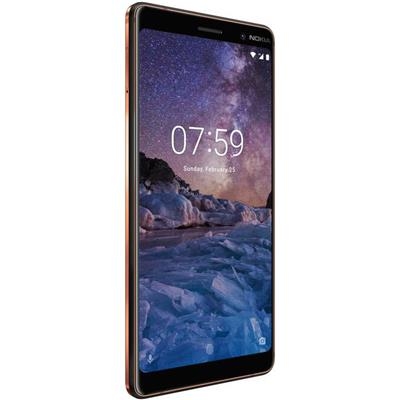 Even if it’s a little predictable, not every purchase needs a twist. Sometimes you want something that works as intended, and the Nokia 7 Plus fits that mold nicely.

Maybe it’s just me, but it often feels like the half-a-dozen devices that HMD have now shipped to smartphone buyers in the years since they took control of the Nokia brand are all beginning to blur into one another.

Whether we’re talking about the Nokia 6, 7+ or even the Nokia 8 Sirocco, we’re talking about that same combination of solid hardware specs, gorgeous-yet-sturdy material design and a pure version of Android ‘as Google intended it’. This consistency isn’t necessarily a bad thing but it certainly doesn’t help that HMD are already making a habit of reusing names.

While the Nokia 7 Plus does suffers from this problem to a degree, it managed to balance things out with a few smart improvements when it comes to the display and battery size. The usual drawbacks still apply here and there’s slightly less per-dollar value to it than the Nokia 6. However, if that doesn’t dissuade you, the Nokia 7 Plus is a solid choice for buyers who aren’t too fussed about the camera and in the market for a plus-sized Android device that’s cheaper than a flagship.

Read more Nokia 8 Sirocco review: A unique flagship that's more of a mutation than a market-leader

You can buy the Nokia 7 Plus through Amazon.

Again, after reviewing both the 2018 Nokia 6 and the ultra-slim Nokia 8 Sirocco, the overall aesthetic and design logic behind the look and feel of Nokia 7 Plus comes across as pretty familiar. Of course, that’s not to say there’s nothing worth getting excited about here. In fact, it’s the key differences between the Nokia 7 Plus and the new Nokia 6 that arguably serve to position it as the Nokia handset worth paying that little bit extra for.

Compared to its cheaper cousin, the Nokia 7 Plus has a taller profile and is less blockish in shape. Where the Nokia 6 offers up solid corners on all sides, the edges of the Nokia 7 Plus curve inwards with innocuous elegance. The brass accents on the copper black variant of the device also look quite nice.

Most importantly, with the Nokia 7 Plus, HMD finally graduate to the 18:9 aspect ratio. In addition to giving the screen a more-rectangular shape and making video content more cinematic, this allows you to get more out of the split-screen mode that Google added in Android 8.0.

Still, aside from the more modern display ratio, the Nokia 7 Plus does largely settle for the same formula that you’ll find in all of HMD’s Nokia devices. It’s got superb built-quality, a solid feel-factor and runs on near-stock Android. It doesn’t feel quite as premium as something like the Galaxy S9 does - but this side of $700, it’s hard to beat when taken as the sum of its parts.

Speaking of the performance, what you’re getting here ends up being a noticeable step-above a lot of the other Android-based handsets operating in that same $500-$700 price-range. Courtesy of the Nokia 7 Plus’ Qualcomm Snapdragon 660 processor, it cleanly managed to outpace the Xperia XA2, HTC U11 Life, Oppo’s R11s and, of course, the new Nokia 6.

In terms of how these numbers translated into everyday use, the Nokia 7 Plus ran like a dream the vast majority of the time. Apps loaded fast and we rarely got bogged down with multitasking. It’s not a massive departure from expectations, given the Qualcomm processor in question, and it certainly helps that the device runs on Android One.

For the unfamiliar, Android One was an initiative by Google to take a bit more care and control over the experience offered by vendors producing mid-tier and bottom-end Android handsets. As part of the program, hardware vendors would agree to guarantee regular security, regular Android OS updates, base the out-of-box experience around just the core Android interface and Google’s own apps and only use hardware approved by Google.

Unfortunately, one area where I did find it lacked was the absence of any face-ID login feature or IP-ratings against water-proofing, which can be found in an increasing amount of mid-tier phones the Nokia 7 Plus competes against.

When it comes to offering up a modern and mid-tier smartphone experience, the Nokia 7 Plus managed to meet expectations but didn’t really blow past them.

The results we got out of the device’s dual-lens camera were a clear step above what we got out of the Nokia 6 but, at the same time, it doesn’t really ever come to stepping on the toes of flagship smartphone cameras like that found in the Galaxy S9+ and Huawei P20 Pro.

Overall, images taken with the Nokia 7 Plus’ camera were bright and detailed enough in daylight situations. However, as is usually the case with mid-tier smartphones, low-light proved to be a bit of weakness.

The Nokia 7 Plus’ camera supports live-bokeh shots on both the front and rear cameras, “Bothie” shots and a pro-mode that allows for more nuanced control over ISO, white balance and shutter speed. It also supports shooting video content in up to 4K using the rear camera and up to 1080p using the front-facing one.

The Nokia 7 Plus does a good job of ticking all the right boxes here but doesn’t really articulate that strong or memorable of an argument as to why you should choose it over the competition if the camera is a part of the package that matters to you.

The camera on the Nokia 7 is nice - but there are a lot of mid-tier smartphones with nice cameras these days, so I wouldn't necessarily recommend buying it on the strength of the camera alone.

In terms of every day battery-life, we’d easily make it through the usual 9-5 work day and often into a second day of active use as well. Even if we accidentally forgot to leave the device on charge overnight, we’d still plenty of juice left to work with.

If the thick bezels and traditional aspect ratio found in the new Nokia 6 is a deal-breaker and the Nokia 8 Sirocco is too expensive or gimmicky for consideration, the Nokia 7 Plus manages to eke out a nice middle ground for itself.

As with almost all of the HMD’s recent Nokia devices, it’s got gorgeous built-quality and aesthetics, solid and consistent performance and good-but-not-great camera. Even if It’s a little predictable, not every purchase needs a twist. Sometimes you want something that works as intended, and the Nokia 7 Plus fits that mold nicely.

You can buy the Nokia 7 Plus through Amazon here.