Previous Nokia smartphones running the company's Symbian OS were often accused of being clunky and difficult to use, despite offering many more features than their competitors. The Lumia 800 is perhaps the opposite of this: the Windows Phone platform is slick, modern, user friendly and smooth. If you've never used a Windows Phone before you should be impressed. We didn't experience any lag during general use. Applications opened swiftly with no delay, and multitasking is effortless and effective. As Windows Phone devices are almost identical when it comes to software, you can read our full review of the Windows Phone 7.5 operating system here. 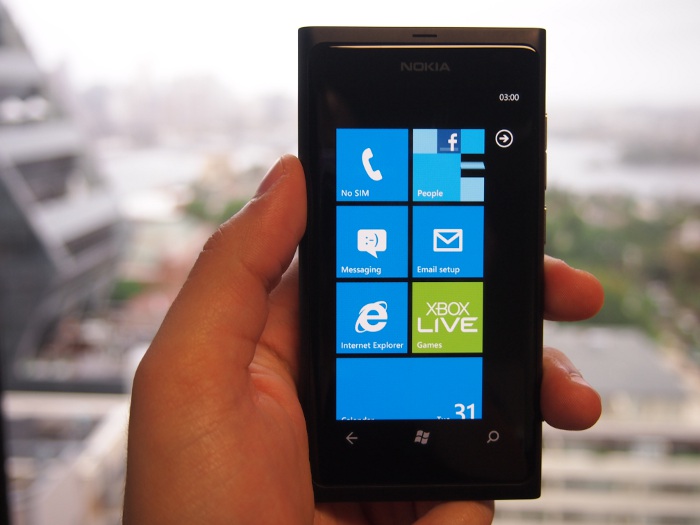 The Nokia Lumia 800 offers a rich and smooth mobile Internet experience. The browser is slick and has all the features we've come to know and love on smartphones including pinch to zoom capability. However, it loads pages slower than both the Galaxy Nexus and the iPhone 4S when compared directly over the same Wi-Fi network. Speaking of the Galaxy Nexus, the Lumia 800 shares an issue with Android's flagship: the volume of its speaker is quite low. This is particularly noticeable when using the hands-free speakerphone during a phone call, but it also affects the volume of ring tones, too.

Strict Microsoft hardware requirements make Windows Phone devices eerily similar to use. This means that physical design and vendor-included apps are the main differentiators between models. One of the biggest selling points for Nokia's Windows Phone devices is Nokia Drive, a free turn-by-turn GPS navigator. The app is completely free and allows you to install street maps in your region. Once installed, you can use the map without the need for a mobile Internet connection. The Australian map we downloaded was a 200MB file, while the English UK voice was 4.1MB. The app is basic, but its easy to use and quite effective. Our only complaint is that the map screen is a little small, but since you mainly listen to directions and not look at the screen while you're driving, this is a minor issue. The Lumia 800 also includes a free 25GB of SkyDrive storage, but this is a feature available on all Windows Phones, not just Nokia ones. 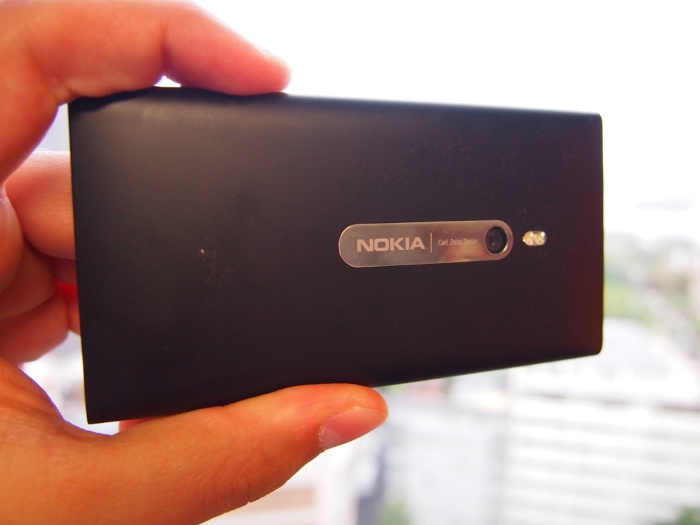 Although the Windows Phone platform has plenty of popular, third-party applications like Facebook, Twitter, WhatsApp and Evernote, the fact remains that the number of apps is low when compared directly with its rivals: Apple's iOS platform and Google's Android OS. We have no doubt the Windows Marketplace will only continue to grow, but at this stage it is rather limited compared to the competition.

The Nokia Lumia 800 has an 8-megapixel camera that's again almost identical to the one used on the N9. The image quality won't match the quality of the unrivalled Nokia N8 but it performs reasonably well. Images captured are sharp and have reasonably good levels of detail, but excess image noise is an issue. The dual-LED flash also tends to over saturate images in low-light conditions. The camera doubles as a 720p HD video recorder and will record at 30 frames per second.

The Nokia Lumia 800 doesn't have a removable battery and uses a micro-SIM card rather than a full-sized one, so if you're strung up about being able to remove the battery you'll be left disappointed. We don't think this is much of an issue though, and it certainly doesn't hinder Apple's iPhone 4S. A much bigger issue is the Lumia 800's lack of removable storage — it only has 16GB of internal memory. To be fair, this is a problem not restricted to Windows Phones: the Android-powered Galaxy Nexus also has the same issue, though 32GB models of the latter are reportedly on their way. 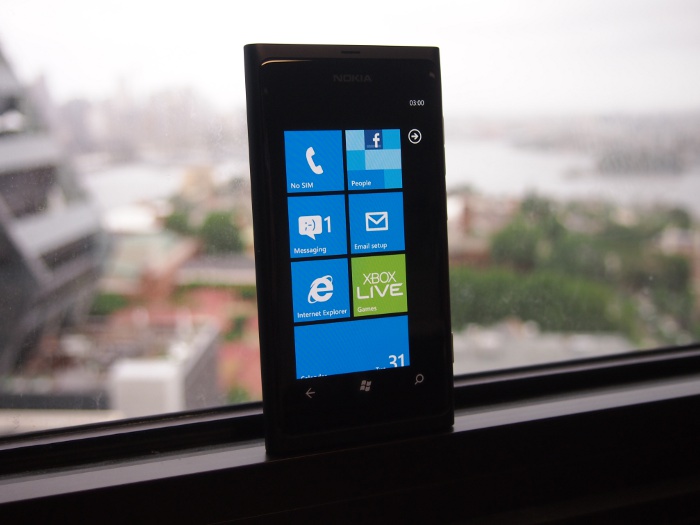 The Nokia Lumia 800's battery life is about standard for a modern day smartphone, meaning you should be able to get a full days use out of it before needing a recharge. With heavy use we managed to drain the battery well before the end of the day, though battery performance will depend on a number of factors including usage patterns and 3G network performance and coverage.

Nokia will officially launch the Lumia 800 in March and it will be available through all Australian networks: Telstra, Optus and Vodafone. The Lumia 800 can also be purchased outright through Australian online store MobiCity.