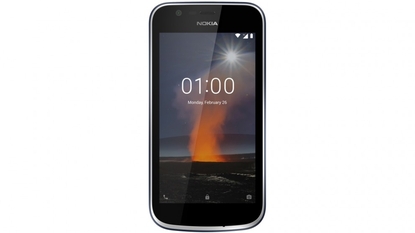 It turns out that HMD can still manage to make a $149 Nokia device like this one somewhat-compelling, even when you consider the inevitable wrinkles and caveats in play.

While HMDs attempts to re-enter the premium space with the Nokia have yielded mixed results, their broader efforts to re-establish Nokia as a solid value-for-money brand in the mid-tier and budget spaces have panned out surprisingly well.

With the Nokia 8110 4G (probably) not coming to Australia, the Nokia 1 now forms the baseline for this endeavor. Fortunately, it turns out that HMD can still manage to make a $149 Nokia device like this one somewhat-compelling, even when you consider the inevitable wrinkles and caveats in play.

Read more Nokia 8 Sirocco review: A unique flagship that's more of a mutation than a market-leader

If anything, it’s the sense of intent that separates the Nokia 1 from a lot of other budget-handsets out there playing in the same space. Rather than try and distill or compromise what a modern Android smartphone should look and feel like - the Nokia 1 looks, even at a glance, like something designed to play off its limitations rather than just work within them. It feels like a strange - but ultimately successful,combination - of the old-school Nokia zest and modern smartphone utilitarianism.

The Nokia 1 boasts a removable battery, colorful and customizable “Xpress-on” shell design and a shorter, more stockish form-factor. It’s very plastic to the touch but, in line with the brand’s reputation for durability, it definitely feels like a device that could survive a fall or two.

If anything, the Nokia 1 feels much nicer than it ought to (given the price). Sure, it feels a little disposable and plastic to the touch but it’s paired with clean, surprisingly-compelling ergonomics that work overtime to make the most of the more-compact sizing.

That said, if you’re the kind of person looking to watch much video content on this thing, the Nokia 1 isn’t especially great for that. Images and videos looked pretty cramped on the 4.5-inch display and proper multitasking is pretty much a write-off from the get-go.

The Nokia 1’s camera is fast and responsive to use, but the results aren’t much to look at.

Even in bright daylight, there’s a lot of noiseiness to the result it produces and, in low-light, the results are sometimes almost unusable.

In general, the Nokia 1 produces smartphone imagery that’s often out of focus, lacking in balance and either over or under-exposed.

This shouldn’t be a massive, given the hardware on the thing. However, if you’re looking to pick one up, it’s a categorical weakness that’s hard to overlook - especially as someone who does care about having a smartphone that’s capable of posting snazzy snaps to my Instagram.

The Nokia 1 runs on a slimmed down, alternative version of their Android mobile operating system called Android Oreo: Go Edition. This has been designed from the ground up to run better on smartphone with lower-specs. More specifically, it’s been designed to run on devices with 1GB of RAM or less - like the Nokia 1.

The idea here, at least from Google’s perspective, is to try and erode the perception that cheap Android devices are synonymous with a shoddy performance and a poor software experience. The rising tide lifts all boats and all that.

In this particular case, this approach feels like it does an effective job of yielding the desired results. Apps running on the Nokia 1 - particularly Google’s Go variants (which have optimized for Android Go) - run surprisingly smoothly and crashes were relatively-infrequent.

The seams are occasionally made visible but only occasionally. Most of the time, the software experience here is near-stock Android and runs surprisingly-well. If your day-to-day involves messaging, checking your email and similar low-processor intensive tasks - the Nokia 1 isn’t that egregious of an alternative. The experience is nowhere near as smooth or crisp as it would be on more-expensive devices but, for $149, it’s almost startling in its raw usability.

Unfortunately, it did lag behind its chief competition when it came to benchmarks. The slightly-cheaper Alcatel 1X managed to skate past it at almost every turn. Still, of the two, I did feel like the Nokia 1 offered up the more cohesive and appealing user experience.

In terms of every-day battery-life, we’d make it through the usual 9-5 work day pretty consistently but did need to make the time for a top up if we planned on doing anything afterwards. We’re talking nine or ten hours of use here, though - as always - your mileage may vary (especially if you watch or film a lot of video content).

The Nokia 1 supports neither fast, nor wireless charging - which isn’t a huge surprise given the price-tag but it is yet another area where it does lag behind more expensive fare.

The Nokia 1 goes above and beyond what you’d ordinarily expect from a bottom-end, disposable phone like it. Sure, the camera may as well not be there, the battery life leaves something to be desired and the seams occasionally show - but, taken as a showpiece for the potential of Android Oreo: Go Edition, it’s a surprisingly robust and compelling package.