If you don't like the bulkiness of a digital SLR camera, but like the idea of changing lenses to suit your needs, then the Olympus Pen E-P1 has your name on it. It produces good images, it has useful art modes and it's stylish. The only drawbacks are the lack of a built-in optical viewfinder and a flash.

It may look like a product from a bygone era, but the Olympus Pen E-P1 is a digital camera that employs advanced technology. It's a small camera and can use multiple lenses (like an SLR camera). It also produces some amazing pictures.

The Olympus Pen E-P1 is an SLR-like camera that is built around the Micro Four Thirds lens mounting system. It resembles the 35mm compact cameras of old, and you can attach the lens of your choice depending on the situation. This combination of flexibility and a compact body should make the Pen E-P1 attractive for anyone who wants a digital SLR but baulks at their size.

The Micro Four Thirds lens mounting system used by the Olympus Pen E-P1 does away with the mirror box found in conventional D-SLR cameras. Instead of light bouncing off a mirror and onto the camera sensor, the light in a Micro Four Thirds camera goes through the lens and straight onto the sensor. As a result, the camera's body is only around 34mm deep and 123mm wide. The original Olympus Pen, which debuted in 1959, was given its name because it was small enough to fit into a shirt pocket (just like, um, a pen). This version of the Pen is a little too big for that.

Nevertheless, it's still much easier to carry around the Olympus Pen E-P1 than it is to carry a Nikon D90, for example, and this makes it the ideal camera for travellers. The small size of this camera doesn't mean that image quality is compromised. On the contrary, the Olympus Pen E-P1 produces vivid shots with excellent contrast and a lot of detail. It has a 12.3-megapixel sensor that is a similar size to that of a conventional D-SLR camera, but one of the major differences between the Pen and D-SLR cameras is that the Pen lacks an optical viewfinder. Instead it makes use of Live View via a 3in LCD screen. Despite this, the camera's battery offers many hours of life before requiring a charge. If you want a viewfinder, you have to get the optional attachment (or purchase the dual lens kit that includes the attachment) which fits in to the hot shoe at the top of the camera.

This viewfinder won't display camera settings like aperture and shutter speed. Because it sits above the lens, it's also not the best solution for perfectly framing your shots as it gives a 'parallel effect'. It's primarily useful as a backup for when you can't see the LCD screen on a sunny day. Of course, it also makes the camera look that much cooler. The viewfinder can be purchased separately for $349.

There isn't a built-in flash, so you will have to buy it separately if you wish to use the camera at night. This is a slight drawback for a camera that isn't directly targeting professionals, and we think that most users who purchase this camera would like to have a flash included in the package.

If you do use the Pen E-P1 at night, you won't be disappointed. The Pen captured wonderful colours when left on a long exposure and noise levels were very low. We could only see noise in some of the most distant, dark parts of our photos, while brighter areas were rendered very smoothly. For low-light indoor shots we used up to ISO 800 without noticing any significant noise, which is an excellent result. Only when we upped the ISO to 1600 did we notice some discolouration in the darker areas of our pictures. 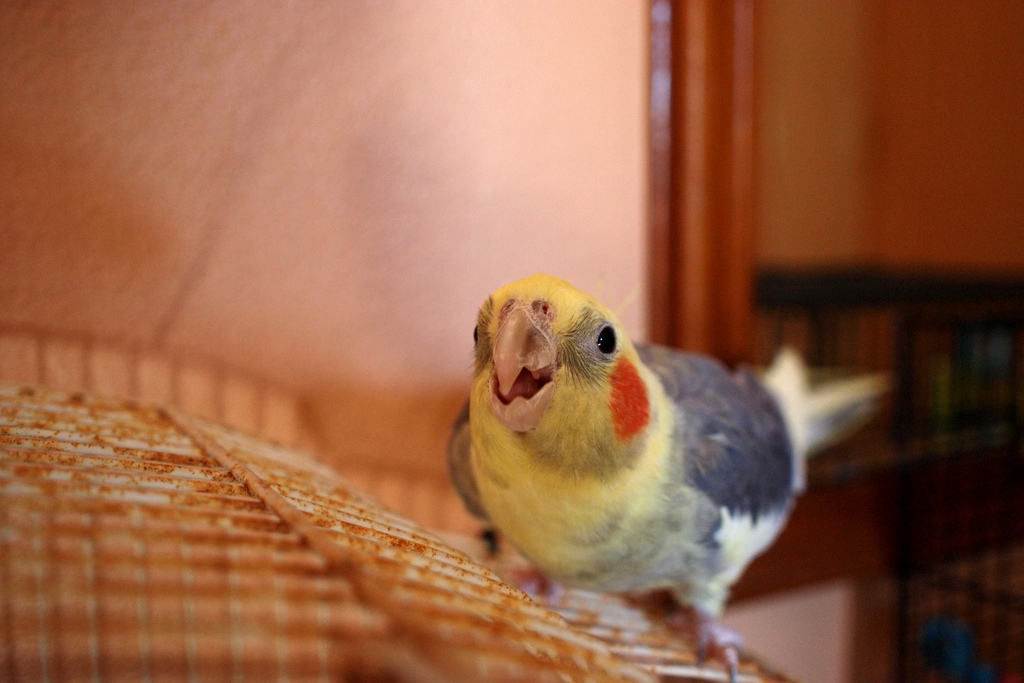 Outdoor shots in bright sunlight were handled well by the camera in aperture priority and shutter priority modes, but it did over-saturate primary colours. In particular, red colours looked too vibrant when lit up on a sunny day. The Pen E-P1's picture mode is set to 'vivid' by default, so if the bright colours aren't to your liking, changing it to 'natural' or 'muted' will produce more subdued results.

In saying that, one of the main features of the Pen E-P1 is its art mode, which includes a 'pop art' filter that wildly over-saturates colours. When used in the right circumstance — for example, when taking photos of balloons or other colourful objects — it really does look good. But if you take a landscape shot in this mode it can make trees look blotchy and poorly rendered. There are six art filters to play with, and we've looked at them before, but the grainy film filter still blows us away. It produces excellent black and white photos with a rich texture and a lot of contrast. It's excellent for shooting shadows, and works a treat on cloudy days, too; you can pretty much use it in any situation and get decent, if not excellent results. 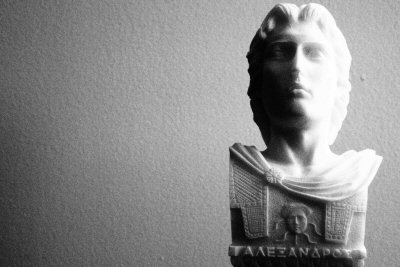 This photo was shot with the grainy film art mode and ISO 800 while using the 14-42mm zoom lens. 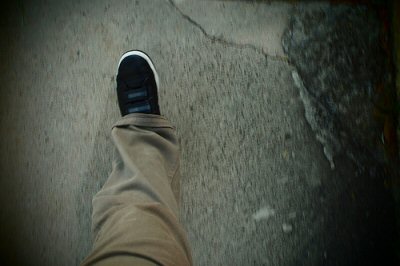 We used both the M. Zuiko Digital ED 14-42mm f3.5-5.6 zoom lens and the M. Zuiko Digital 17mm f2.8 prime lens for our tests, which are part of the Olympus Pen E-P1 dual lens kit. The prime lens sticks out only 26mm from the body of the camera and produces great close-ups in addition to great scenery shots. For close-ups, it renders the background with a brilliant blur but doesn't make the background completely unrecognisable.

The zoom lens sticks out 74mm when fully extended and is a little awkward to use, as you have to unlock it before you can start shooting. Both lenses have an electronic focus ring, which can be used when you have the camera set to manual focus mode. Turning this ring magnifies the centre focus area so that you can clearly see what you are doing. It's a little clumsy and it takes some getting used to, but the LCD screen's clarity actually allows this function to work quite well. In saying that, there aren't many instances where you would want to use manual focus. We had no trouble finding focus in our tests — even in low-light conditions the camera managed to focus quickly and accurately — and you can quickly select from up to 11 focus points if your subject is not centred.

As with Olympus' other recent cameras, this one also has face detection, an intelligent auto mode, image stabilisation and built-in dust reduction. You also get scene modes and a nifty split-screen comparison for white balance, which is helpful if you aren't sure what your scene should look like.

Unlike other Olympus digital cameras, the Pen E-P1 supports for SD and SDHC cards. Olympus says we shouldn't expect this to become a feature of the company's future products. Olympus moved to SD because the Pen E-P1 can shoot high-definition video (1280x720) and xD cards could not supply enough performance. That said, if you don't use a Class 6 SD card you might notice some stuttering in your HD video recordings. While shooting video you'll also notice that the microphones are very sensitive, which means they'll pick up noises such as the strap buckles hitting the body. There isn't a jack for an external microphone. The neat thing about video mode though, is that it works with the art filters!

The physical controls of the Pen E-P1 are logically laid out, although we did have some trouble figuring out how to change the shutter in manual mode. The thumb control at the top right of the camera can be used to change the aperture, but in order to change the shutter you have to rotate the ring that sits around the 5-way control buttons. In the camera's defence, we didn't have to refer to user manual in order to figure this out. Other settings you can change just by pressing a button are the ISO speed, white balance, focus mode and shooting mode (the Pen E-P1 has a burst mode that captured 2.5 frames per second in our tests).

One thing that's annoying about the design of the Pen E-P1 is the illuminated green ring around the power button. It detracts slightly from the overall style of the camera. If anything, Olympus should have included lights on the buttons at the rear of the camera so that you could see what you are doing at night.

Overall, the Olympus Pen E-P1 is a great unit that's ideal for users who want a compact camera that can also be used with interchangeable lenses. We like its picture quality for the most part, and its grainy film mode in particular. It's the ideal camera for travellers or anyone who just wants an inconspicuous camera that can be used with a variety of lenses. We like it a little more than Panasonic's LUMIX DMC-G1K Micro Four Thirds-based camera.