Oppo A73 review: The budget smartphone that sets the bar for 2018 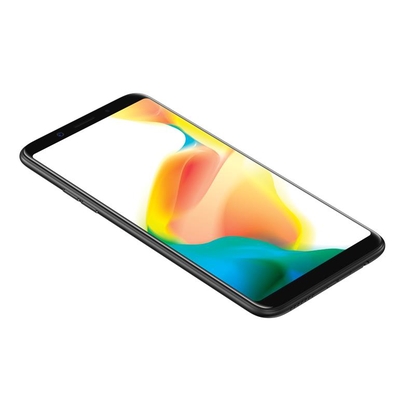 Behind the 18:9 display and facial ID login, the A73 is driven by the same core pitch found in its predecessors - albeit one that lands at a significantly lower price-point.

As you’d expect out of an Oppo-branded smartphone, the A73 runs gleefully fast. Navigating between apps and the home screen is super-smooth. However, sometimes more-intensive apps do take a noticeable second or two to load. It’s not as agonizingly slow as some budget phones, but the difference between this and beefier stuff like the Oppo R11s is definitely felt.

In terms of multitasking, we found we could usually get to about eight or nine apps in the mix before the performance of the A73 started to become bogged down and sluggish. Obviously, this puts it behind heavy-hitters like the Huawei’s Mate 10 Pro and LG’s V30+. However, given that this is a budget phone priced at almost a fifth of what those flagships retail for, this is entirely an expected outcome.

When it came to benchmarks, the A73 acquitted itself reasonably well. It cleanly took out a lot of its budget competition when it came to PCMark but fell significantly shorter when it came to 3DMark’s suite of tests - which is pretty frustrating given the higher price of the A73 compared to the Nokia 3, Huawei Y5 and Moto E4.

Read more In Pictures: A behind-the-scenes look at OPPO smartphones

Note - 3DMark recently updated their Android app, allowing you to run see separate benchmark scores for OpenGL and Vulkan API. We’ll be including the scores from the latter in our tests going forward but have only listed the former here in order to best compare the A73 to the budget phones we reviewed last year. In addition, we also encountered a number of issues and incompatibilities with the A73 and the GeekBench benchmarking app - which is why those scores aren’t included in the chart below.

While the camera in the Oppo A73 doesn’t quite hit the same highs as that found in the company’s R-series, it doesn’t exactly slouch either. In terms of what I was able to get out of it, I came away pretty impressed - even if it's nowhere near what you can get out of flagship or even some of the mid-tier competition.

That said, the hardware here is absolutely slanted towards those who favor a selfie over a landscape. The front-facing camera comes with more megapixels and boasts a facial feature optimization engine and support for ‘Bokeh’ portrait shots.

The A73 also delivers pretty adequate photography in low-light conditions but it lacks the exquisite crispness, detail and vibrant colors you can find elsewhere.

Considering the asking price, the results are pretty good - if a little grainy. Overall, the A73's camera rarely triumphed over my own expectations for the device. It's a budget phone, it captures budget-phone level images.

Like performance, the battery life offered by Oppo has always been the other side of the company’s trademark strengths. The A73’s 3200mAh battery pairs up nicely with its modest processor, leaving you with a phone that absolutely has what it takes to run through the fullest of days despite the absence of any AI-driven battery optimization algorithms found in more-expensive phones.

Unfortunately, charging it back up takes a little longer than I’d have liked. For whatever reason, the A73 doesn’t feature Oppo’s proprietary VOOC charging tech - which is a little frustrating.

In PCMark’s battery test, the A73 took 10 hours and 16 minutes to run down. In context, this isn’t the highest result we’ve ever seen. However, it does put the device in good company.

Compared to its predecessors, the biggest advancement that Oppo have made here might just be the price. At launch, the A77 was $448. The A73 is almost $100 cheaper at $359 - and it’s certainly the better device.

Is this the best budget phone of 2018? Way too early to say. However, it certainly sets a high - or low - standard that every other vendor playing in the budget space will have to take into account as the year chugs along.

The Oppo A73 is available now in Gold and Black colour variants from Optus, Vodafone, JB Hi-Fi, Officeworks, Woolworths and The Good Guys and retails for $359. You can also find the Oppo A73 through Amazon here.