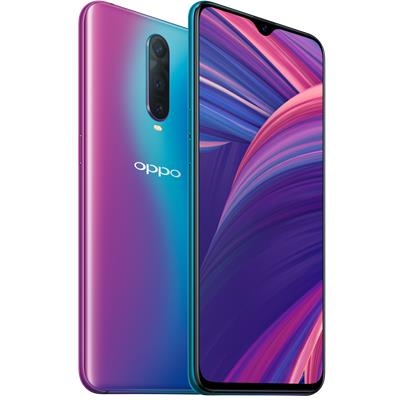 I’m just gonna say it: if you’re looking to get the most value out of your next smartphone purchase, the Oppo R17 Pro is a bargain that’s hard to beat.

The company’s latest R-series device weighs in at a price that’s a little higher than usual to be sure. But when the aesthetics, camera and performance are as a good as they are, it’s difficult to muster complaint.

In a year where Huawei has taken the lead in the smartphone photography space - it feels like most other brands are still struggling to catch up. Even by comparison to heavyweights like LG and Samsung, the Oppo R17 Pro feels like the first device that’s actually begun to close that gap between the P20 Pro and more-affordable, mid-tier fare. It’s by no means a “Mate 20-killer” but feels like a significant leap forward nevertheless.

As with previous R-series devices, the R17 Pro is just one of the best middle-range smartphones you can buy this year.

At its most basic level, the R17 Pro feels like a snazzy hybrid of this year’s R15 Pro and Find X. It’s not quite as premium as the latter - it lacks the all-screen display and hidden camera - but it’s definitely just that little bit nicer than the former.

And where earlier R-series devices pulled a lot of their cues from Apple’s hardware, the R17 Pro feels like it pinches just as much from Samsung and Huawei. You’ve got the Mate 20’s teardrop notch and in-screen fingerprint sensor. You’ve got Samsung’s variable-aperture lens and curved glass back.

When it comes to hardware, the R17 Pro cribs from the best - and pairs it up with the latest version of their own Apple-inspired Android skin ColorOS. It’s a formidable formula and one that culminates here in a really-compelling feel-factor - though I wouldn’t mind it if the device was just a mote more compact.

Like the R15 Pro, the R17 Pro is a typical 2018 glass-sandwich smartphone with a slick reflective back that curves neatly at the edges. However, compared to previous Oppo devices, there’s no Micro SD support or headphone jack. The R17 Pro also ditches the infrared face-scanning 3D face unlock found in the Find X for the R15’s 2D face unlock.

Of course, the R17 Pro does have one thing the R15 didn’t have: an in-screen fingerprint sensor. As with the Mate 20 Pro, this feature works exactly how you’d expect it to. You tap your finger to the screen and your phone will unlock.

Unfortunately, I found the placement of the sensor in the R17 Pro just a little inconvenient. Compared to the Mate 20 Pro, it’s a little closer to the chin of the device. This meant I often had to reposition my hands to actually use the sensor. For obvious reasons, your mileage may vary - but this did bother me over time in a way that it didn't with the Mate 20 Pro.

Another feature worth touching on here is Super VOOC charging. Now available in the R17 Pro, this feature lets you top the device up from zero to forty-percent charge in just 10 minutes of charging. A full charge takes about half an hour.

Camera - How Does The R17 Pro Compare To The Competition?

The triple-lens camera configuration on the back of the R17 Pro is another big addition that brings new credibility to Oppo’s regular pitch as the smartphone brand that offers flagship features at (just-over) half the price.

It’s not a true triple-lens setup mind you - but the specs (and the results) here do result in (what feels like) the most significant improvement in the quality of the Oppo camera phone experience in quite some time.

The first lens in the R17 Pro is a fairly conventional 20-megapixel (f/2.6) one like that found in previous Oppo smartphones. However, the other two lenses are anything but. The second lens is 12-megapixel shooter with the same kind of variable aperture tech found in Samsung’s S9 and S9+. This allows it to swap between f/1.5 and f/2.4 to suit the environment its being used in and allowing for better low-light performance.

Then, the third lens here is a slightly-unconventional one called the time-of-flight (TOF) lens. In theory, the TOF lens looks to offer 3D scanning capabilities somewhat similar to that found in Sony's recent Xperia devices rather than provide any additional zoom beyond the usual 2x optical.

Unfortunately, we found no way to actually make use of those capabilities during our time with the R17 Pro. Ahead of the device’s launch, we were shown some demos of an app utilising the feature but, at the time of writing, these capabilities weren’t accessible to us - so it’s difficult to really make a solid case for how much meaningful value the TOF lens really contributes or provides.

Still, this aside, the Oppo R17 Pro delivers incredibly colorful and detailed shots - both up close and afar.

As with other 2018 smartphones, the camera comes with built-in AI shot recognition and shot optimization. This hasn’t really changed in any meaningful way from how it worked in the R15 Pro. However, there is a new night mode and macro mode that are make it a lot easier to get the shots you want in those environments. See for yourself.

Read more Hear Me Out: Oppo should make a smartwatch

The results aren't perfect - there's a fair bit of noise and some details are definitely lost in the long exposure technique used by night mode - but they're well beyond what you'll get out of the other options. Again, put it alongside the Pixel 3 and the Mate 20 Pro, and the night mode here doesn't rate as well. However, the R17 Pro isn't aimed at them. It's competing with stuff in that $700-$900 range. And when it comes to that range, there aren't many options with good low-light night photography capabilities.

Again, while the TOF lens does feel like a bit of a non-starter, everything else here is really compelling. Across the board, the results we got in low-light - both with and without the R17’s night mode enabled - leave us inclined to recommend the R17 Pro as a front-runner for smartphone cameras in its weight class.

As with previous devices, Oppo have continued to tinker with the software side of things. The R17 Pro runs on Color OS 5.2, the company’s latest take on what an Apple-inspired version of Android could look like.

Realistically, this is pretty much the same software experience found in the R15 Pro and Find X - and I’m still a fan, but I can’t guarantee you will be as well.

If you’re the kind of person who likes to embraces the raw functionality of Android, you might find some of the baseline Color OS limitations a bit grating. If you’re happy to let Oppo do the work - you’ll revel in the sheer polish of the software experience on offer. As is always the case with this sort of thing, your individual mileage may vary - so I'd recommend giving the device a play in-store to see how you like it before buying in.

As for the performance, the R17 Pro was consistent but not exceptional. With all the advancements the manufacturer have made to the camera and features side of the experience, it feels like performance has taken a backseat this time around.

I encountered no crashes or hitching during my time with the device, but I did notice it wasn’t as quite snappy as something like the Note 9 or Find X. Apps were fast to load but not that fast.

And when it came to benchmarks, these discrepancies were absolutely reflected in the resulting scores. Across the board, the R17 Pro scored well below not just the Find X but most 2018 flagships. This thing is only running a Snapdragon 700-series CPU after all.

Nevertheless, in terms of average everyday battery-life, we’d easily make it through the usual 9-5 work day and often into a second day of active use as well. Even if we accidentally forgot to leave the R17 Pro on charge overnight, we’d still plenty of juice left to work with.

Unfortunately, while the Oppo R17 Pro does support the company Super VOOC charging, it does not support Qi wireless charging.

Last but not least - when watching video content and wearing wireless headphones, I found that the audio would often fall out of sync with the on-screen action. I recall similar issues with the R11S and it's a real shame that Oppo haven't managed to address this issue yet.

The Bottom Line - Should You Buy The R17 Pro

Though not without a few caveats, the R17 Pro still feels like a triumph for Oppo. It’s about $100 more expensive than I’d like but it’s got a solid mix of hardware and software that’s easy to recommend to basically anyone. If you’re looking for the value here - Oppo have made it really easy to find.

The lack of wireless charging, headphone jack, MicroSD slot or water-resistance might sting some potential-buyers but an improved camera, slick software, Super VOOC charging and in-screen fingerprint sensor make the R17 Pro a pretty stellar option for everyone else.

You can find the Oppo R17 Pro on Amazon here.