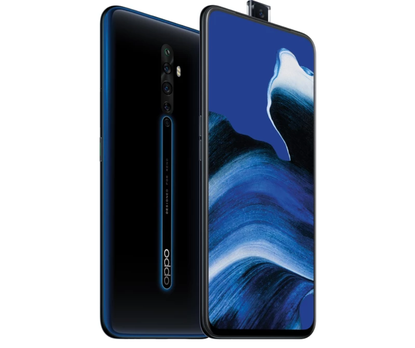 Should You Buy The Oppo Reno2 Z?

After an exhausting 2018, the Reno2 Z sends off 2019 in a way that embodies the best parts of Oppo’s approach to tech. For the $599 launch price, you get bucket-loads of value in the form of a snappy processor, a versatile (if unreliable) quad-lens camera and a solid two-days of battery life.

If you’re uninterested in what Google are offering with the Pixel 3a or don’t mind walking away with a slightly-inferior camera that's offset by plenty of cool features, the Reno2 Z is basically one of the best mid-tier phones you can find in the Australian market.

In Australia, the launch price of the Oppo Reno2 Z is AU$599.

Collectively and cumulatively, the myriad additions to the formula made here do well to improve on the foundation laid by the first Reno Z.

You won’t get the excessive zoom found in the flagship Reno at a mid-tier price-point quite yet but you do get plenty of other perks in the interim. The quad-lens camera on the Reno2 Z won’t cut it as a substitute for something more flagship but it’s a noticeable step above most of the other phones in its weight-class. For more on why multi-lens cameras matter, click here.

If you’re still hawkish, I can’t guarantee it’ll win you over but, speaking as someone who has always dug Color OS, the new version really does feel like a significant improvement on the software of previous Oppo devices. More specifically, it feels mature and nimble in a way that previous incarnations haven’t.

It’d be easy to write down all the things that the Reno2 Z gets right as a case of Oppo watering down what works about their flagship but the real story is the other way around. This thing is Oppo at its best. It’s fast. It’s reliable. It’s powerful without coming across as overkill. And, aside from really late nights where I’d stay up way too late watching way too many TikToks, I’d reliably get a full two-days of use out of a single charge.

Honestly, the Reno2 Z reminded me of everything I love about Oppo’s approach to tech and the sum total of those strengths makes for a phone that’s dangerously easy to recommend to just about anyone.

Where the original Reno telegraphed a new direction and showcased a fresh sense of identity for Oppo, the first Reno Z tried to transplant those qualities into a more affordable price segment.

Oppo’s latest addition to the lineup, the new Reno2 Z, is more of the latter than the former. Like the name suggests, it’s a second attempt to encapsulate what works about its flagship counterpart at a cheaper price-point.

The best part though? It’s iterative in the way that you’d hope all sequels would be. It improves on basically every where the first Reno Z was lacking. While it is true that, if you’re short on cash, you could totally still pay less to nab yourself the first Reno Z, nevertheless, the Reno2 Z drives a hard bargain.

$100 dearer than its predecessor, the second-gen budget Reno features a larger, notchless 6.53-inch AMOLED display, 2GB of additional RAM (bringing it to a total of 8GB), a Micro SD slot, a quad-lens rear camera and a pop-up front-facing camera.

In spite of these additions, you could probably still make the case that there’s less changed here than not. The Reno2 Z features the same 128GB of on-board storage, the same MediaTek Helio P90 processor, 4035mAh battery, headphone jack and in-display fingerprint sensor tech found in the original Reno Z.

Still, the sum total here works out pretty favorably for Oppo. The first Reno Z got most of the way there when it came to looking and feeling premium and the Reno2 Z gets closer still. Although the glass back of the device does feel a little glasticky, the metal band that ties the two sides of the Reno together goes a long way towards making it feel more expensive than it actually is.

Aside from the slightly nicer feel and creature comforts like a Micro SD slot, there are two big enhancements that the new Oppo Reno offers over what came before it.

The first is a pop-up front-facing camera.

Although this camera itself is slightly-worse in quality than the front-facing camera on the original Reno Z, it allows the sequel to achieve a fully-squared notchless display. I’m the kind of person who doesn’t take a huge amount of selfies, so this was a trade-off I was happy to make.

I was less thrilled by the delay that you get when using the Face Unlock on the Reno2 Z - since the camera has to physical rise into place before it can scan your face - but it’s not quite a dealbreaker.

As with the original Reno Z, you don’t get the excessive zoom found in the flagship Reno but you do get plenty of other perks besides.

In action, the Reno2 Z’s camera app is mostly fast and responsive. It features all the usual modes you’d expect like a dedicated night and macro mode - plus some stuff you might not expect like a native video editor. It’s nice to see the latter become more standard.

Less positively, I frequently found the the Reno2 Z’s autofocus was a bit iffy but otherwise effective at delivering me the shots I needed. There’s also a slight fuzziness to a lot of the photos I ended up with. The edges of objects are winged with imperfections and the colors can sometimes come across as a little muted.

If you’re a power-user when it comes to video capture or someone looking to fill out their Instagram grid with envy-inducing snaps, the Reno2 Z gets most of the way there but can’t quite hang with the big guns of the category.

I wouldn’t go around showing the photos I took with this camera off in the same way that I would the Google Pixel, Mate 30 Pro or iPhone 11 Pro but, if the question is does the Reno2 Z’s camera feel like a compromise, then the answer is no. It feels like a noticeable step above most of the other mid-tier shooters out there but can’t quite cut it as a flagship.