Optus MyTab review: Provided you're willing to live with the lack of Flash and multitouch support, the Optus MyTab is reasonable value. 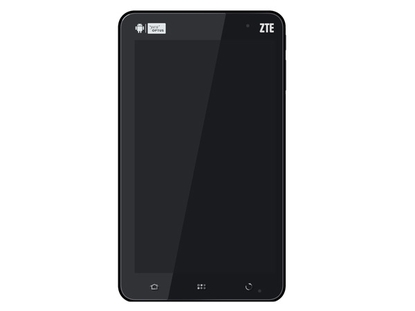 The Optus MyTab isn't super quick and it doesn't support multitouch or Flash, but at this price we aren't sure that it needs to. Provided you are willing to live with its limitations, the MyTab is a cheap Android tablet that doesn't skimp on too many capabilities.

Following the success of Apple's iPad, tablet devices are now launching thick and fast. The latest cab off the rank is Optus' low priced MyTab, a direct competitor to Telstra's T-Touch Tab. Its 7in resistive display isn't as impressive as the capacitive touchscreens used by the iPad and the Samsung Galaxy Tab, and performance is naturally far less impressive. However, at just $279 the Optus MyTab provides reasonable value for money — provided you're willing to live with its limitations.

Check out our guide to the best upcoming tablets in 2011.

How does the Optus MyTab compare to Apple's benchmark tablet? Read our comprehensive Apple iPad review to find out.

The Optus MyTab boasts a similar design to the excellent Samsung Galaxy Tab, with a largely plastic body that has a black fascia and a grey rear. It doesn't have the same sense of quality feel as the much more expensive Samsung tablet, but the build quality is acceptable given the low price tag. Our main complaints about the design: the Android, Optus and ZTE branding (the manufacturer) is overkill in our opinion, the touch-sensitive buttons below the display aren't always responsive and would be better replaced with physical buttons, and both the power and volume buttons are a little small, making them uncomfortable to press when holding the MyTab with one hand.

Unlike the Telstra T-Touch Tab, the MyTab uses a standard micro-USB port for charging and connecting to a computer, while the plastic rear casing can be removed to access the microSD and SIM card slots, along with the removable lithium-ion battery. The Optus MyTab is one of the lightest tablets we have reviewed, so it's easy to carry around and ideal for commuting with.

The Optus MyTab has a 7in resistive touchscreen that has the same 800x480 resolution as Telstra's T-Touch Tab. Despite sharing almost identical specifications, the MyTab's display is much smoother and more responsive than the clunky T-Touch Tab. The Optus MyTab is, however, far less responsive than the iPad, and requires a slightly firmer press on the screen; considering its low price tag most users will be willing to live with these quirks. A more pressing issue is that the screen is quite reflective and hard to see if you are viewing it from off-centre.

The Optus MyTab runs the 2.1 version of Google's Android operating system. Android 2.1 hasn't been designed for a tablet, so some apps do not display correctly on the larger-than-usual 7in screen. We tested the official Twitter app for Android, the DoubleTwist music app, PaperToss and Shazam, and none of them would display in landscape mode. The Facebook app also reverts to portrait mode when in the main menu, though your news feed and profile display in both orientations.

Optus has promised to upgrade the MyTab to the latest 2.2 "Froyo" version of Android, but this version hasn't been designed with a larger screen in mind either. (Google's Android platform won't natively support tablet devices until 3.0, or "Honeycomb", which is expected to launch sometime in early 2011). Most common apps we tested displayed correctly and fitted the larger screen without any issues, however.

The Optus MyTab has a default five-page home screen with the ability to add shortcuts and widgets. You can customise each screen as you wish, including removing any widgets or shortcuts from the home screens, but annoyingly you can't edit or change the five shortcut icons on the home screen dock, which are by default set to apps, dialler, contacts, messages and e-mail. You also can't remove any of the preloaded Optus apps from the MyTab — most of which are Web links like Optus Zoo, Recharge and My Account, along with useless eBay, Facebook and Twitter links. Given you'll just download these apps from the Android Market, we are not sure why Optus (or ZTE) bothered to include them.

Aside from its larger screen and slightly different home screens, the Optus MyTab functions like a large Android smartphone. It makes phone calls (through the built-in speakerphone or a Bluetooth headset), surfs the Web, accesses e-mail and provides access to more than 100,000 apps in the Android Market. The MyTab also possesses a 3-megapixel camera on the rear for taking photos and recording video.

However its limited specifications, headed by a moderate processor, mean that it doesn't do many of these things quickly or smoothly. It's generally useable, but there is noticeable delay when opening and closing apps, games like Slice It and Angry Birds suffer from a lag during lengthy sessions, and the MyTab lacks Flash support and does not support multitouch zooming. The camera is as mediocre as we expected, producing poor quality images and video. We still find it awkward to take still photos with a tablet device, so the quality of the MyTab's camera doesn't have a big impact on the tablet's overall appeal.

The Optus MyTab has average battery life, managing to last a full day in most instances. While this obviously doesn't place it in iPad territory, it is far better than the similarly priced Telstra T-Touch Tab. Unfortunately, the MyTab's battery takes more than three hours to fully charge again.

The Optus MyTab has obvious shortcomings, as any tablet in this price range will. Provided you're willing to live with the lack of Flash and multitouch support, the lack of power to complete multiple tasks quickly, and the fact that this version of Android hasn't been designed with tablets in mind, the MyTab provides all the features and benefits of the flexible Android platform.