Palm's newest webOS smartphone, the Palm Pixi, is a slimmed down version of the Palm Pre in both specs and design. 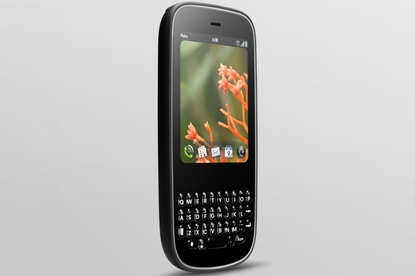 The Palm Pixi is a small, sprightly webOS-based smartphone with a lot of potential.

Thankfully, most of the great features of webOS have not been compromised. After spending some time with the Palm Pixi, we found a lot to like about this sprightly smartphone — for the most part.

The first thing we noticed about the Palm Pixi is how light it is. In fact, we had to check whether or not it had the battery installed. Palm says the Pixi's battery is the same as that in the Palm Pre.

While it is nice that you can swap batteries between the Pre and the Palm Pixi, the Pixi's battery life might not be so hot. In our battery life tests, the Pre managed a 'fair' performance clocking up 5 hours and 17 minutes of average battery talk time.

Palm also didn't comment on RAM or the CPU other than that the processor is the first MSM7627 Qualcomm chipset. Palm also kept quiet on whether the Palm Pixi can handle the same number of open apps in multitasking as the Palm Pre.

In our limited hands-on time with the Palm Pixi, we didn't notice any lag while opening, closing and navigating through various apps.

The Palm Pixi feels really nice in hand thanks to its rubberised back and slim body. The 2.63in display is large enough for typing long emails and text messages and showcases webOS quite nicely. Rather than a single hardware button to close apps, there's a touch area with a light-up bar. You simply touch it to close an app; all other gestures are the same as on the Pre.

Yes, it feels a bit cramped, but it doesn't have the flimsy feel of the Pre's slide-out keyboard. It also doesn't have those sharp, cheese-cutting edges as seen on the Pre. The spacebar is small, but centrally placed and the keys are nicely backlit.

But the same issues remained: we had to use our nails to type on the small, gummy keys and we made a lot of errors. We really wish Palm had rethought these keys for a phone that's marketed toward heavy messagers; these keys just don't cut it.

We also got a look at the five Touchstone-compatible California artist-designed backs. We feared they might be cheesy, like some limited edition accessories we've seen, but they're quite good looking. Kudos to Palm for trying to appeal to a younger, hipper audience, but not going the glitter and bad tattoo-inspired design route.