Panasonic's LUMIX DMC-FH3 is a good option if you're after a no-frills digital camera for a novice photographer. The lack of a manual mode is made up for by a wide variety of scene modes. While its lens is slow to operate, the pictures captured by the LUMIX DMC-FH3 have reasonable levels of detail in optimal lighting conditions.

The Panasonic LUMIX DMC-FH3 is a compact digital camera with a 14-megapixel sensor and a 5x optical zoom lens. It's only 24mm thick, so it's easy to slip into a pocket. It has simple controls, so it's easy to operate with a little practice, and a range of scene modes means the camera handles itself well in difficult situations.

Panasonic LUMIX DMC-FH3: build quality and easy of use

The Panasonic LUMIX DMC-FH3 looks pretty much like every other compact digital camera on the market. An off-set lens on the front is joined by a small inbuilt flash, while the top-mounted power switch sits next to the shutter button and zoom rocker. A 2.7in LCD on the camera's rear has a glossy finish that catches reflections when shooting in bright light. The rear-mounted controls consist of the tried-and-true five way control pad, as well as a few supplementary buttons and a switch for selecting either picture review or shooting. The small size of the buttons occasionally leads to hitting the wrong one accidentally. The camera accepts SD cards up 32GB in capacity.

Pictures from the Panasonic LUMIX DMC-FH3 are of middling quality. At the camera's maximum resolution of 14 megapixels, images are reasonably detailed with good fine image detail visible at the camera's lowest ISO setting. Pictures at the widest end of the camera's 5x zoom lens exhibit some barrel distortion, and conditions are similar at maximum zoom. We found best results part-way through the zoom range. The camera is quite slow to zoom, taking several seconds to reach maximum length. 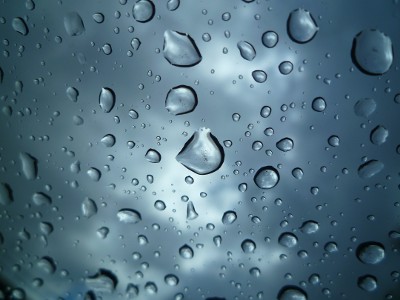 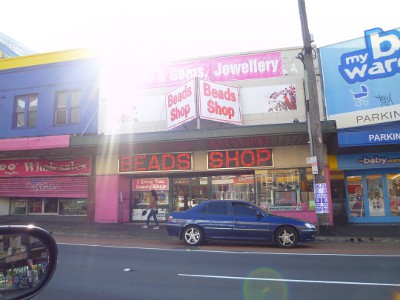 While you'll get best picture quality at the camera's minimum ISO of 80, we found both ISO 100 and ISO 200 to maintain a reasonable amount of fine image detail. ISO 400 is usable for printing at sizes smaller than A4, but the large amount of grain at ISO 800 and ISO 1600 means even printed 6x4in images will lack detail and clarity. 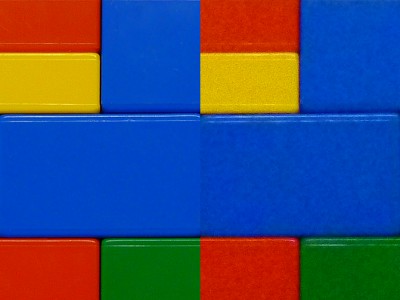 There is a large difference in image quality between ISO 80 (on left) and ISO 1600 (on right), with the higher ISO introducing smearing and loss of edge definition.

A fast maximum aperture of f/2.8 at the camera's widest 28mm zoom level is on par with the Canon IXUS 130 IS. This means shots in good lighting will be captured at high shutter speeds, reducing the possibility of blur from shaking hands. The camera will also fare better in dim lighting conditions than cameras with smaller apertures like the Nikon Coolpix L22 or Samsung PL150. We were consistently able to capture clear shots down to 1/8sec thanks to the capable optical image stabilisation system. However, few manual controls means the Panasonic LUMIX DMC-FH3 is of limited interest to photography enthusiasts.

Colour from the Panasonic LUMIX DMC-FH3 is generally vivid without becoming oversaturated. We noticed the camera had a slight bias towards reds, with skin tones tending to be a little ruddy. Dynamic range is acceptable for most uses, although we found that detail in highlights tended to be lost when shooting in bright conditions.

A 720p movie mode is also offered. While you don't get the same kind of super-sharp video that a digital SLR or video camera can output, the Panasonic LUMIX DMC-FH3's movie mode is good enough for impromptu home videos. No zooming is available while videos are recording though, and the camera's inbuilt microphone leaves a lot to be desired in terms of sound quality.

While there isn't much in the way of manual control for the LUMIX DMC-FH3 digital camera, 25 scene modes cover a variety of scenarios from sunsets to soft skin to aerial photos. While you might need to spend a few minutes selecting the right scene mode, the range of specific options available means you should be able to take pictures in a situation that the camera's Auto mode might struggle with. For example, we noticed far more vivid colours in Sunset mode compared to the Auto mode's washed-out shots. 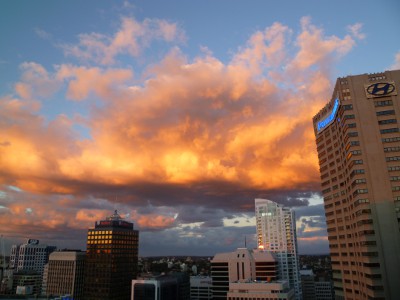 The Panasonic LUMIX DMC-FH3's Sunset mode allowed us to capture the vibrant colours of these late afternoon clouds.

The Panasonic LUMIX DMC-FH3 is well suited to the novice photographer. It is easy to use once a little attention has been paid to the button layout. The pictures it captures are of good quality, especially in optimal lighting conditions. It doesn't fare so well in dim light or in high contrast, but not many compact cameras do.