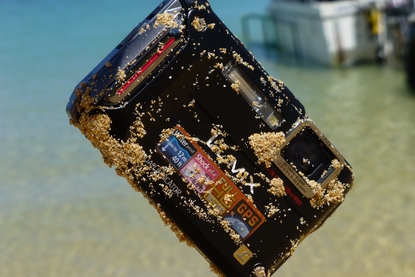 Panasonic's newest tough camera, the Lumix DMC-FT4, is waterproof to 12m and drop-proof from 2m. It's also freeze-proof, dust-proof and somewhat idiot-proof. It makes the perfect companion for most outdoor activities, including bushwalks and water-based activities and its performance is nothing to scoff at. Panasonic invited me to go on an all-expenses paid trip to Norfolk Island to put this camera to the test. How could i refuse!

It has a 12-megapixel sensor along with a 28mm-128mm, 4.6x zoom lens. The design of the DMC-FT4 is similar to the previous iterations of Panasonic's Tough camera, with seals and locks ensuing that your battery and memory card are kept safe from water penetration. The controls at the top and on the back of the camera are easy to press for the most part, but I did have some problems pressing the dedicated video recording button, especially while underwater — it requires the pointy end of your finger, rather than the fleshy part.

The camera is well balanced and feels good in the hand, but the location of the lens at the left corner of the body means you have to be extra careful not to get your fingers in the way of any potential prize-winning shots. Very often I ended up with shots that had a black shadow in the top corner — my finger. Because it's a camera that you're likely to throw around and use in the water, you also have to make a habit of cleaning the lens, otherwise many shots will be tarnished by smudges.

I found the overall picture quality from the DMC-FT4 to be reasonably clear and rich. It's not quite as good as what the DMC-TZ30 can capture, but for a tough camera it can do impressive things. However, chromatic aberration can be a problem, and the image quality can sometimes look a little too harsh. Furthermore, I found its white balance to be inconsistent, whether the camera was shooting on land or underwater. This is something that can easily be fixed in post-processing though. 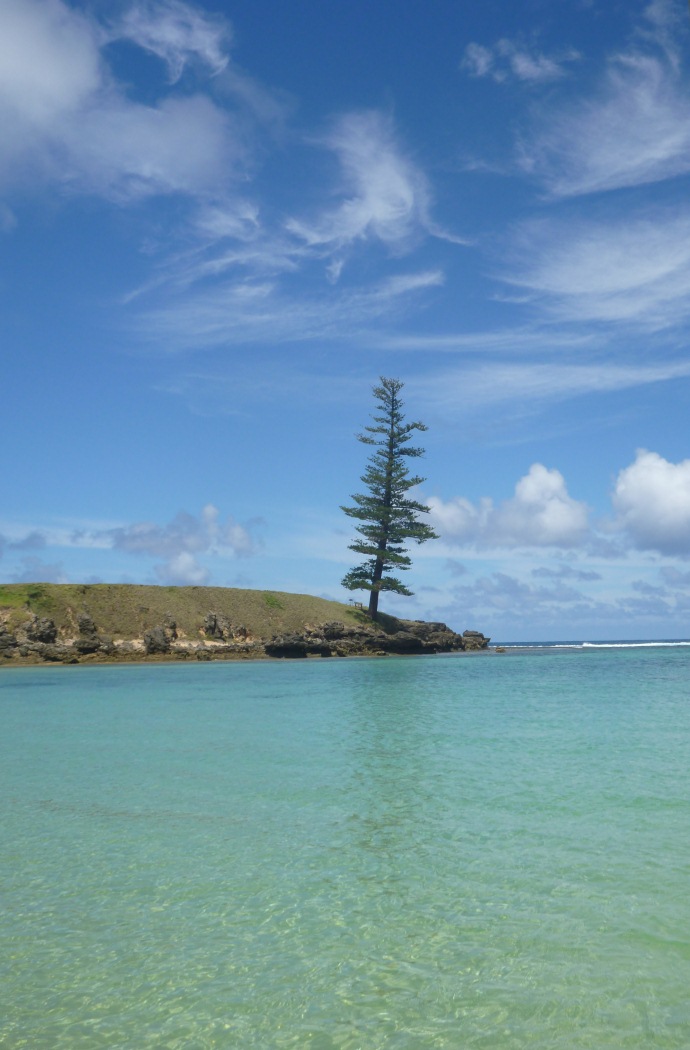 The Lone Pine. This is one of Norfolk Island's oldest trees as taken by Panasonic's newest Tough camera. 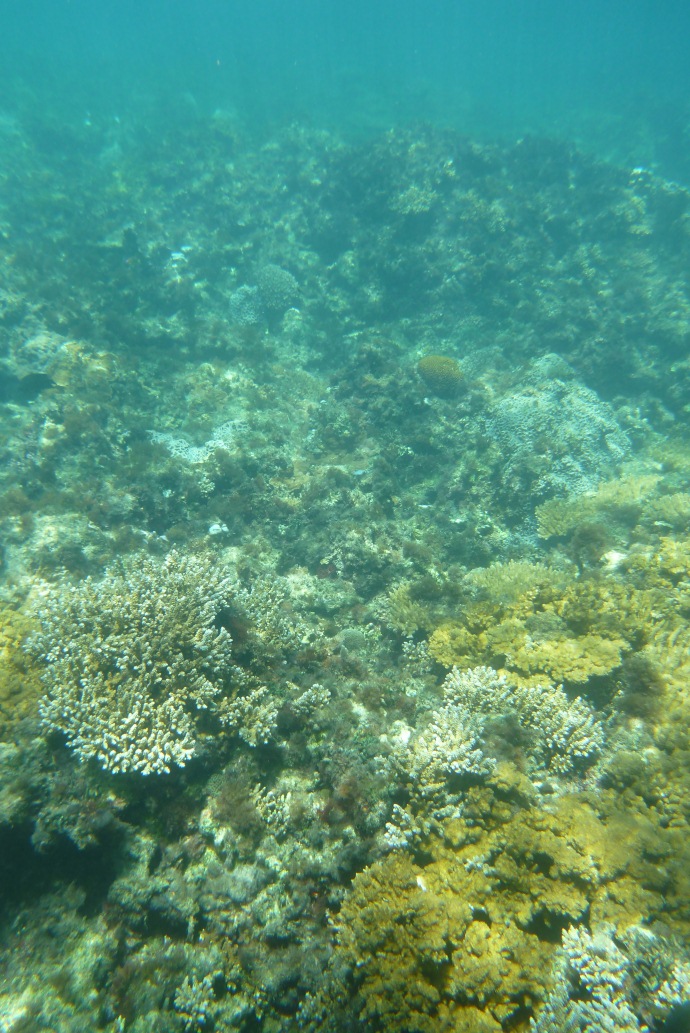 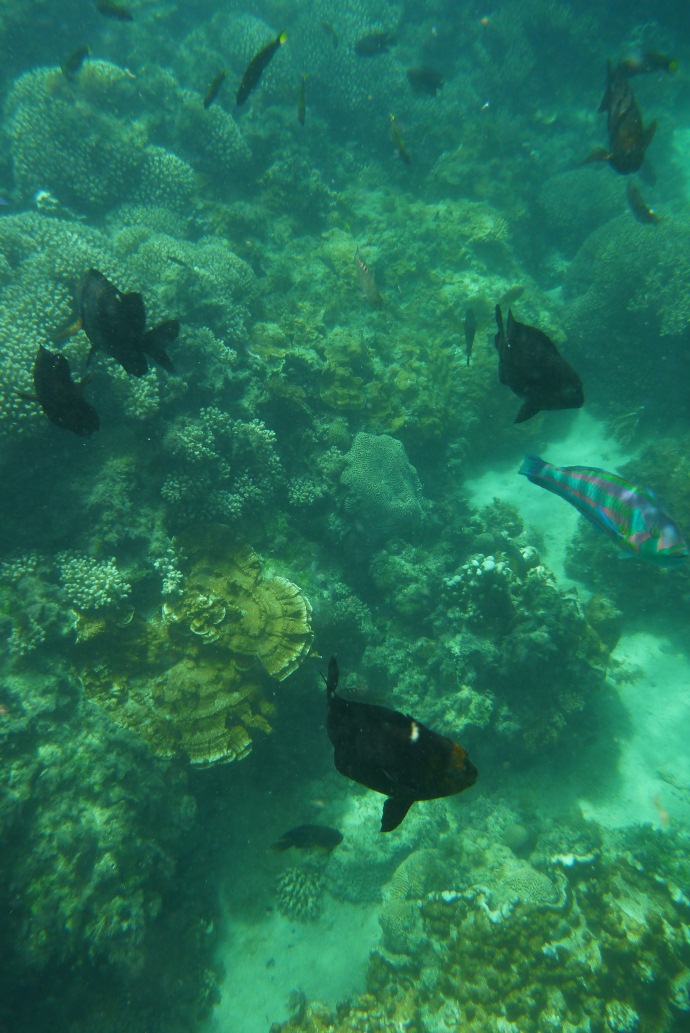 Underwater shots taken in auto mode. You can see the difference in white balance between the two shots.

You can have lots of fun with the camera as is, you can use its manual mode, or you can use one of the many scene modes that it offers, including a time-lapse function, miniature capture and sweeping panorama. The sweeping panorama is lots of fun to use, but its quality is not as good as that of the DMC-TZ30. Some of the panoramic images I captured had noticeable streaks running across the image and looked a little too blotchy. 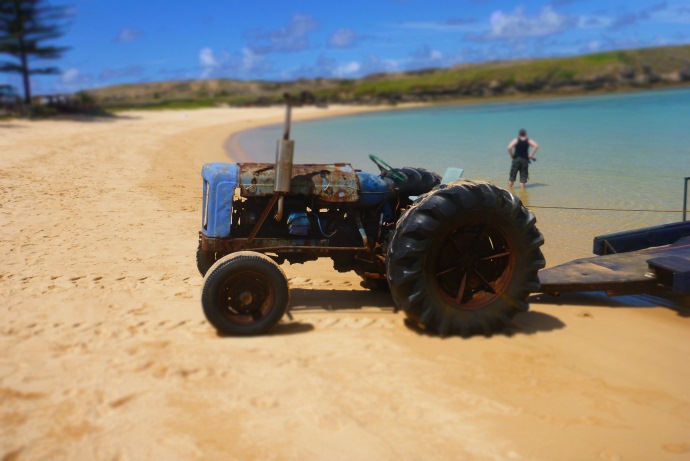 The panorama mode is lots of fun and very easy to use, but I found that it sometimes suffered from blotchiness and streaks.

Other features of he FT4 include GPS tagging, 3D photo capture, an altimeter, a compass, a barometer and Full HD video recording. Its video recording performance is of good quality and, in particular, I found it did a good job while capturing moving images under water. Of course, keeping the camera as steady as possible will provide the best results, and it also helps to hold the camera in the correct orientation.

If you'll be using the FT4 at the beach or similarly sandy areas, then you'll want to be careful not to get grains of sand inside the camera if you open it up to access your memory card. The chances are that you'll never have to open the camera's cover until you get home and have had a chance to clean the camera, but for my tests I had to swap memory cards while on the run and I found it quite hard to clean sand out of the camera once a few grains got stuck inside it.

Overall, the FT4 looks to be one of the best tough cameras on the market. Its image quality isn't stellar, but it's not too bad either. I liked the camera's ease of use and its shot-to-shot speed, which allowed me to take successive shots while holding the camera underwater. Its video quality isn't too shabby either. I'll have to wait for a proper review model before I can rate it though.

The author of this hands-on review was a guest of Panasonic's on Norfolk Island, where he got to road test the company's 2012 digital camera and camcorder models.