A touchscreen Panasonic compact camera that's fun to use Panasonic's LUMIX DMC-FX75 has an intuitive touchscreen and can take clear images for the most part. However, its images do look very muddy when viewed at their full size and they also suffer from noise if you use a high ISO. We like the wide 24mm lens, but it does suffer from a lot of distortion. Perhaps the best aspects of this camera are its macro mode and very easy touchscreen focusing function.

Panasonic's LUMIX DMC-FX75 is a 14-megapixel compact digital camera that's a little different from the norm. Firstly, it features a touchscreen display rather than physical menu controls; secondly, it has a wide 24mm lens with a big aperture of f/2.2. It's a useful camera for travellers who want to fit as much of a landmark as possible into a frame and the large aperture means that you can take decent photos in low-light situations without resorting to a high ISO speed.

The touchscreen isn't an entirely new innovation for compact cameras — Samsung's NV100HD was among the first touchscreeen compact digital cameras we tested, and more recently touchscreens have appeared on Sony's TX1 and Canon's IXUS 210 IS Touch digital cameras. The touchscreen interface on Panasonic's FX75 is easy to use: the icons and touch features are intuitive and the screen is very responsive and accurate.

Our favourite aspect of the touchscreen is the manual focus point selection. You aren't restricted to focusing strictly on the centre of the frame; you can tap anywhere on the screen to bring that portion of the picture into focus. It works splendidly in macro mode, in particular, and it's a lot of fun to use as you can see the focus effect in real time without even having to press the shutter button halfway. It's similar to the focusing feature on the Panasonic LUMIX DMC-G2 Micro Four Thirds camera, but on that camera the screen is multitouch and it allows you to also adjust the focus point's size. 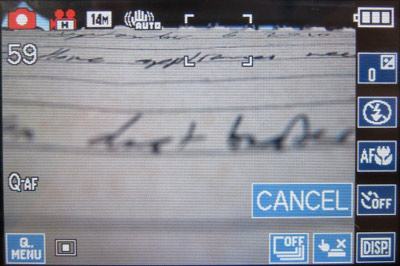 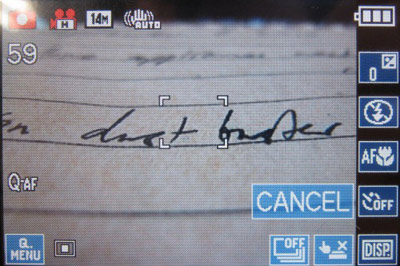 You can tap almost anywhere on the screen to bring that element of the photo into focus. You can also use the on-screen shutter button to take a photo instead of the physical shutter at the top of the camera.

The touchscreen replaces almost all of the physical controls on the FX75, but you still get dedicated menu, mode and shooting/playback controls. Every menu setting can be changed by hitting its on-screen icon. There are physical buttons on the body for switching between playback and recording, changing mode and bringing up the system menu. The top of the camera has a zoom ring around the shutter button, a power switch and a dedicated recording button for videos.

You can take videos quickly by just pressing the record button and this is convenient for capturing footage at a moment's notice. It captures video in either the AVCHD Lite or Motion JPEG formats, and the former will require you to install the supplied software in order to view the footage on your computer. Videos are captured very clearly at a 1280x720 resolution using AVCHD Lite, and motion is handled well. It takes a long time to zoom and focus in video mode though, and zooming will be annoyingly audible in your recorded footage.

Because the FX75 is basically a point-and-shoot camera, you can't change its aperture and shutter values; you can only change the ISO speed and white balance. This means that you'll have to rely on the camera to get the settings right on its own, and on very bright days it will sometimes overexpose your pictures and blow out the highlights. 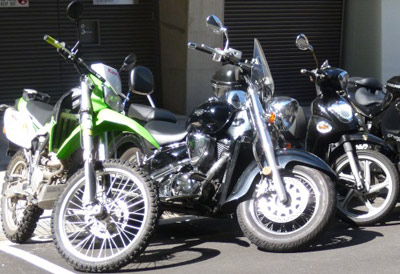 In strong sunlight, the camera really blew the highlights on the trail bike. 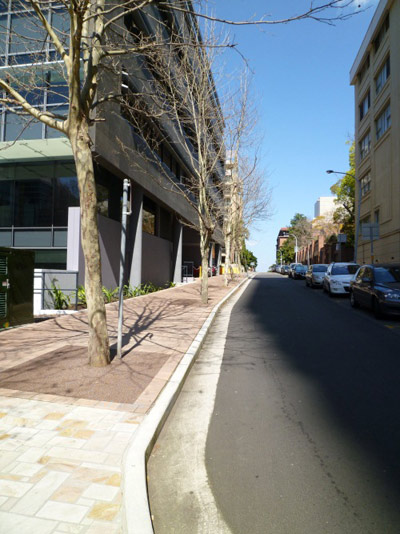 The camera does a much better job of exposing scenes when the light source is directly behind you, but its colours could stand to be a little richer.

The overall quality of the images is good, but because the lens is so wide it tends to skew perspectives. While it's a great asset for fitting entire buildings into the frame effortlessly, it can make objects on the ground look squished, especially in portrait mode. 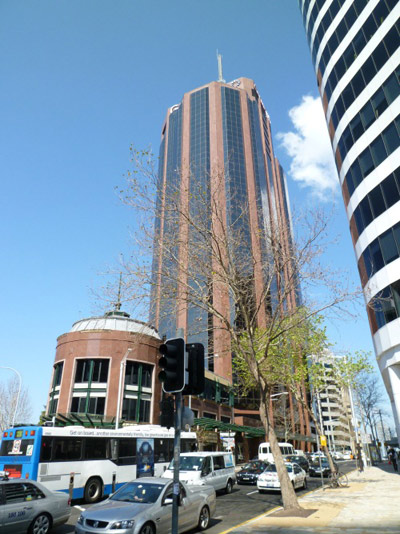 The cars in this scene look very squished, but we managed to fit the entire building in the scene and then some!

An optical zoom of 5x means the lens can travel from 24mm to 120mm, which is adequate reach for a camera that you can easily carry in your pocket, but zoomed images look very soft. You also can't zoom in to an image and then crop it with the intention of making a single element bigger because the picture will look too muddy. If you use an ISO speed above 200, then pictures will also look too noisy. 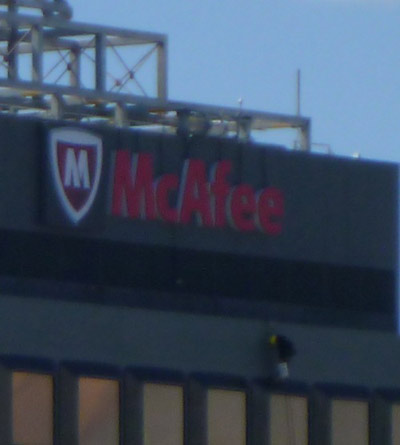 Full zoom was used in this image and it looks very soft.

The camera does a good job of taking macro images, but it doesn't have a very narrow depth of field. It's a useful camera for taking shots of flowers, for example, and with the afore-mentioned touchscreen focusing feature, it makes it easy to experiment with different perspectives and off-centre framing. 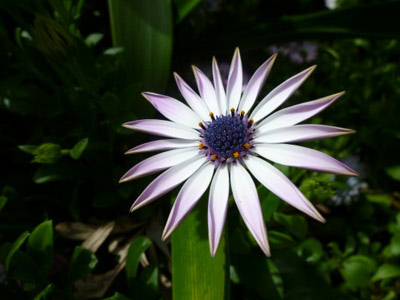 Overall, the LUMIX DMC-FX75 can take clear images, but you won't want to look at them at their native resolution because they will look too muddy. Furthermore, because it's an automatic camera you will have to watch out for overexposure on bright days. We like the camera's touchscreen — especially the way it handles focusing — but it can be hard to see outdoors on a bright day. The wide angle lens is also useful, but its distortion is very noticeable.

Panasonic's environment policy states that the company is dedicated to "continual improvement and prevention of pollution", including reviewing "our activities to develop objectives and targets to minimize the impact of the business on the local environment and develop appropriate programs to achieve these objectives."