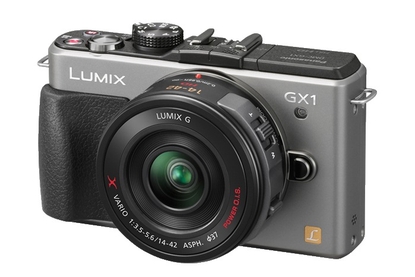 The LUMIX GX1 incorporates manual features, a touchscreen and a high level of performance in a camera body that is compact and comfortable to hold. It produced excellent results in our tests, in the ISO testing in particular, and it's a good all-round camera for users who want something as versatile as a digital SLR, but not quite as big.

The Panasonic LUMIX DMC-GX1 is a 16-megapixel interchangeable lens camera that works with Micro Four Thirds-based lenses. It's designed to be compact and comfortable to use and we think it succeeds on both those counts. Not only that, it's capable of capturing images that are clear and vibrant, and there are in-built ways to customise photographs that add a little fun to the mix as well.

The body of the GX1 is a classic shape that feels comfortable to hold thanks to a moulded handgrip and an ample thumb rest. The shutter button doesn't feel as crisp as it should, but it's by no means terrible. You don't get a built-in viewfinder or a swivelling screen on this model, unlike the LUMIX DMC-G3, which is a little bigger, but it does have a built-in pop-up flash and a hot-shoe through which an optional electronic viewfinder can be attached. All of the controls are in logical locations and there are niceties such as a dedicated button for initiating video recordings and a dedicated button for enabling Intelligent Auto mode, regardless of the mode you are in.

To frame photos, you need to use the 3in LCD screen, which can be hard to view outdoors on bright days — then again, this is a problem for most cameras on the market. It's also a touchscreen that allows you to very easily select focus points on the screen by tapping anywhere on it; you can also tap to take a photo rather than press the shutter button, and you can zoom by sliding your finger up and down the on-screen zoom control. Once you've taken a few photos, you can then flick through them in playback mode. It's a relatively responsive screen and useful in situations where you want to change focus points on-the-fly.

We used Panasonic's 14-42mm Power Zoom lens for our tests, which is a compact and lightweight lens, which extends only when you switch it on. It's a fully electronic lens with built-in zoom and focus rocker controls. These are located on the left side of the lens and they feel unnatural. They definitely take a lot of getting used to, and until then, zoom operations and manual focusing can be a frustrating experience. It's a lens that's better suited at mid-range photography and things like capturing scenery; it's not great for close-ups and its bokeh patterning is only a mild blurring of the out of focus areas.

As far as image quality is concerned, the GX1 with the 14-42mm Power Zoom lens can capture images that are clear and free of chromatic aberration. The camera handles automatic exposures quite well, although sometimes we needed to wrestle control away from the camera to compensate for a little over-exposure. Shot-to-shot performance in burst mode was relatively swift, allowing us to capture over 100 frames in a row at a rate just over two frames per second. 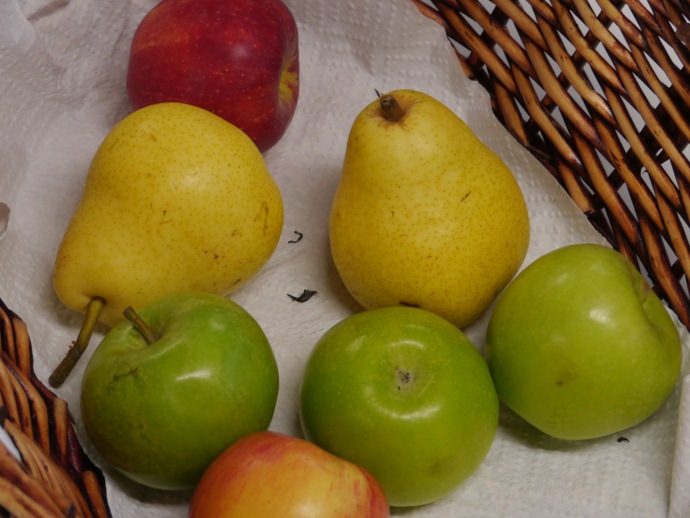 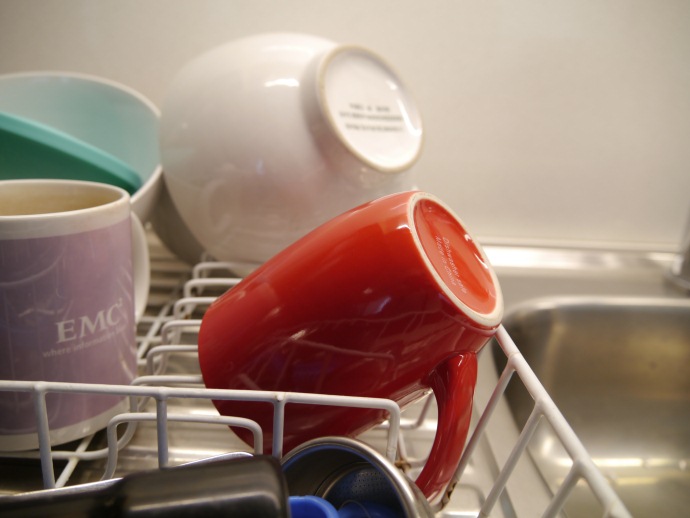 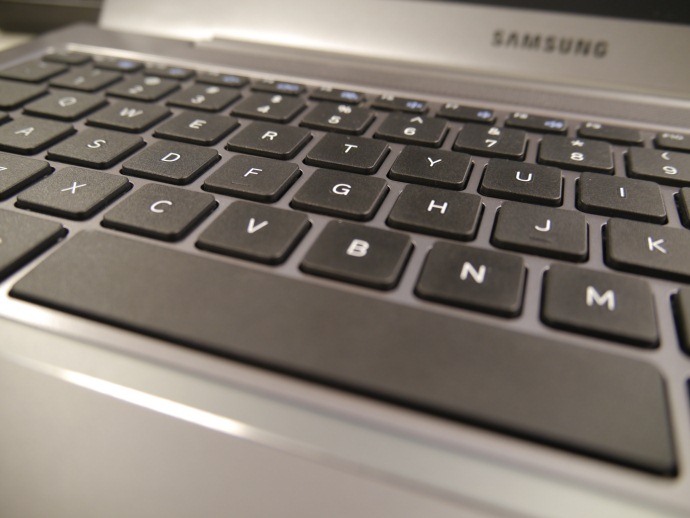 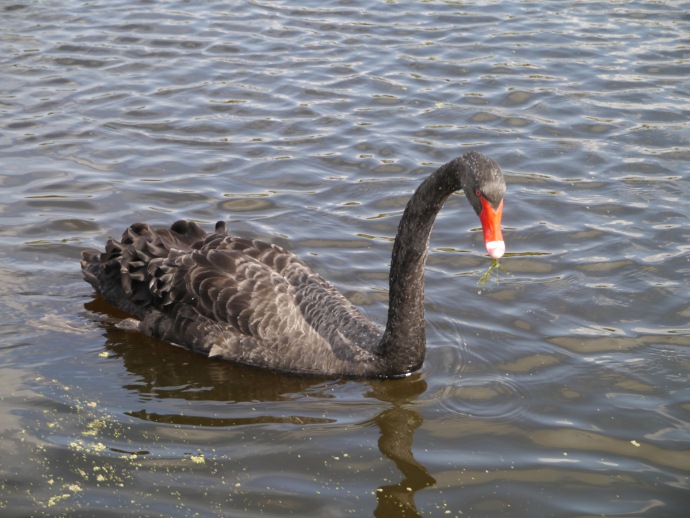 Samples of the GX1's capabilities.

One area in which the GX1 isn't as good as the Olympus Micro Four Thirds cameras is in its preview. When you change the exposure settings on the GX1, you often don't see the results of those changes on the screen. It's not until you take the photo that you realise the exposure isn't correct. The Olympus Micro Four Thirds cameras are "what you see is what you get" when it comes to always showing the effect your exposure changes are having on the screen. Luckily, the GX1 does have a meter on the screen so that you can see at a glance if you have the exposure perfectly correct.

Focus modes include tracking, face detection, one-area, 23-area and pin-point. As mentioned previously, you can also just point to a location on the screen that you want the camera to focus on, and the focus area can be enlarged. Manual focus enlarges the area that you are focusing on to make it easier to view on the screen, but it can still be hard to tell if your subject is completely in focus due to the resolution of the screen. In auto-focus mode, the camera focused quickly and mostly accurately.

In low-light conditions, the GX1 performed extremely well. Even photos up to ISO 6400 were still usable and noise didn't start to noticeably creep into photos until around ISO 3200. 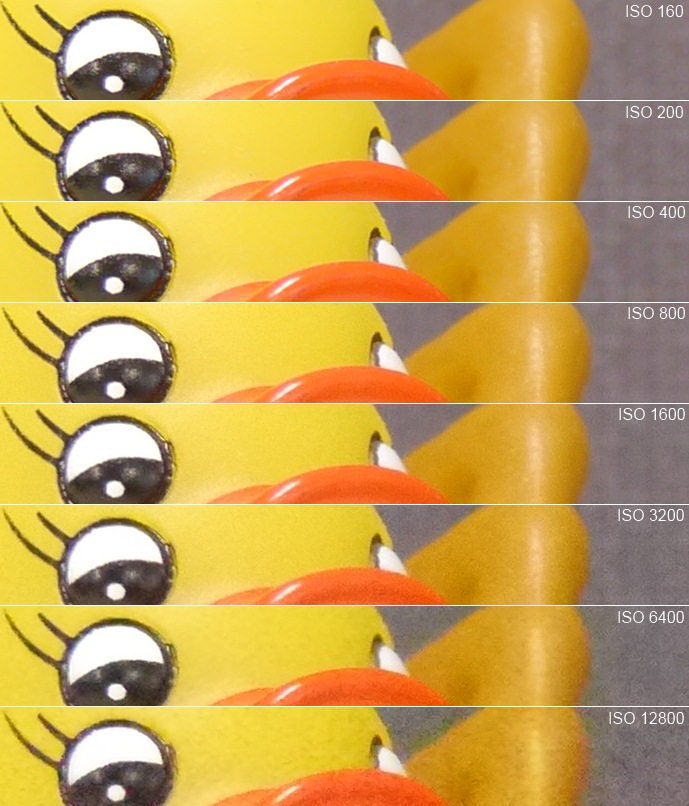 These are 100 per cent cropped samples at each supported ISO speed. You can see that noise only starts to become noticeable at ISO 3200.

The GX1 can capture video at a Full HD resolution of 1920x1080. Video turned out clear for the most part and there wasn't any excessive tearing or jittering. As with all cameras, best results will be attained when holding the camera still; that said, slow and smooth movements won't cause too much distortion in the image. Its results are definitely good enough to satisfy tourist urges. However, its built-in stereo microphone isn't great.

Overall, the LUMIX DMX-GX1 is a very good camera that's easy to use once you get the hang of it, and also quite comfortable. It can take any Micro Four Thirds lenses, so think of it as a camera hat's as versatile as a digital SLR, but without the excessive bulk. Its picture quality is clear, even when the ISO speed is cranked up, and its shot-to-shot performance is swift.