There is a lot to like about the Panasonic LUMIX DMC-TZ20. It can produce clear and vibrant images, has a great zoom range, and it's absolutely feature-packed! It can shoot HD video, has geo-tagging, can shoot slow motion video, and it can take 3D photos. It even has some touchscreen functionality. We recommend it to anyone who wants a small and versatile camera.

We've found Panasonic's LUMIX Travel Zoom range of cameras to be a little hit and miss over the last few years, but with the LUMIX DMC-TZ20, the company definitely has a hit on its hands. The Panasonic LUMIX DMC-TZ20's image sensor is capable of capturing wonderfully clear images (even at maximum zoom), its video quality is excellent, and it's packed with features. Even the menu system is easier to use.

The LUMIX DMC-TZ20 is the successor to the Panasonic LUMIX DMC-TZ10, which we thought was a good camera overall, but it was plagued by soft and somewhat noisy images. Compared to the TZ10, the TZ20 has a 14-megapixel sensor instead of 12 megapixels, along with a 16x optical zoom lens (24-384mm) instead of a 12x optical zoom lens (25-300mm). With these improvements, the TZ20's image quality fares much better when scrutinised.

Images are clear and well defined, even when viewed at their original size, and noise at ISO 400 is barely an issue. Furthermore, the quality of images is high when using the camera's maximum zoom; you can obtain clear images at full zoom even without the use of a tripod. There isn't any noticeable feathering around images when they are viewed at their maximum resolution — with the TZ10, this was an issue. However, you still won't want to use too high an ISO speed as anything above ISO 400 will result in images being tarnished by noticeable noise and speckling. This will be noticeable even when viewing the images at a small size. For this reason, it's a good idea to use the ISO limiting feature when shooting in auto mode. 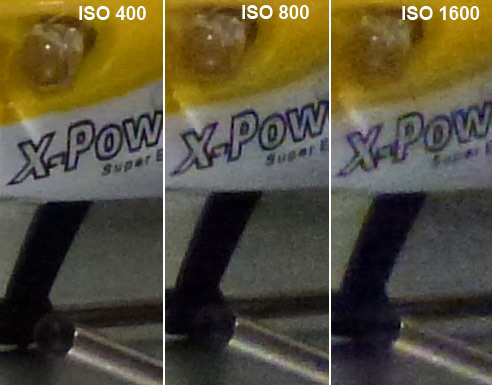 The ISO performance of the LUMIX DMC-TZ20 deteriorates noticeably after ISO 400.

The colour reproduction of the LUMIX DMC-TZ20 is very good, and you can customise it to your liking through the menu system. If you want the colours to have more 'oomph' simply select 'Vivid' rather than 'Standard' or 'Natural'. Additionally, you can select from a wealth of scene modes and art filters — there are 25 regular scene modes and five art modes, including grainy film, which is a little dramatic. 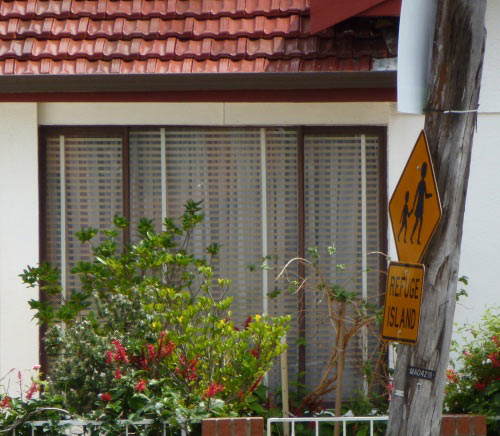 The colour reproduction is natural, but you can set it to vivid if you want more saturation. You can see some lens barrel distortion in this photo. 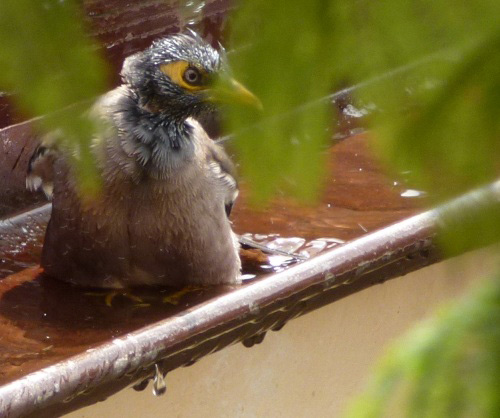 The camera can capture high-quality images at its maximum zoom point.

A new high-speed recording mode has been added, too, which allows you to capture slow motion video. We're fans of this mode as it can be a lot of fun to capture all sorts of motion at a slowed-down pace, but Panasonic's high speed mode is a little fuzzier than we've seen from other cameras with a similar feature, such as the Casio Exilim EX-FH100 and the Samsung WB2000. You can't select the frame rate; the Panasonic shoots at 240fps, but this isn't a drawback because shooting at higher speeds would degrade the image quality further and creates video sizes that are too small for people to enjoy.

Another new feature in the TZ20 is its touchscreen. It's a weirdly useful implementation: It will only let you select a focus point on the screen with your finger, and 'tap to shoot'. However, you can't access any of the menu features with your finger. To us, this isn't much of a problem as we prefer using buttons to change menu settings, and having the ability to choose a focus point by tapping the screen is a bonus.

The TZ20 retains the GPS feature that was also found in the TZ10, but it adds the ability to geo-tag videos with latitude and longitude (or country, state and city). And speaking of video mode, the TZ20 definitely does a great job of capturing clear and smooth video at 1920x1080 in AVCHD format; you can zoom slowly in video mode and in turn the camera will autofocus slowly but accurately. Like most digital cameras that record video though, copious amounts of camera movement can cause jittery footage.

You can also use the DMC-TZ20 to shoot 3D images, which are recorded as an MPO file with two stereo JPEG images inside. You'll have to view these images through the supplied image viewer and through a pair of anaglyph glasses if you want to see the results on a 2D monitor; if you have a 3D TV that supports MPO files (such as a Panasonic VIERA 3D TV), you can simply plug the camera in to the TV to view them. To shoot a 3D image, you have to hold down the shutter while panning the camera slightly. It takes a bunch of images and selects the best two to form the 3D image.

The Panasonic LUMIX DMC-TZ20 is jam-packed with features, many of which are useful. Most importantly, it takes clear and vibrant images and its video mode is very good. We recommend it to anyone who wants a highly versatile compact camera that can be used in just about any photographic situation, be it shooting macros or landscapes, portraits or close-ups of distant details. A couple of downsides are its screen, which can be a pain to view in bright outdoor conditions, and its battery life, which will be diminished quicker than usual if you leave the GPS function enabled (it works even while the camera is off).