The Lumix TZ30 is a wonderfully versatile camera that's small, powerful and great for travelling The Lumix DMC-TZ30 is a fine compact camera with a big zoom lens and a good quality sensor. It can be used in almost all manner of situations, even for video recording, and it's perfect for travellers because it's so easy to carry.

Panasonic's Lumix TZ30 is hard to beat if you're looking for a camera that can do it all, yet still fit in your pocket. It's a 14-megapixel camera with a 20x optical zoom lens and it features both automatic and manual controls; you can let the camera decide on the best exposure settings for your shots, yet easily switch to a semi-manual or manual mode to adjust the aperture, shutter, ISO and exposure compensation. Not only that, it's a camera that does Full HD video with good competency, it has a built-in GPS module and it features a touchscreen that's useful for selecting manual focus points.

We first previewed this camera back in February when Panasonic invited us to give it a whirl around Norfolk Island. We liked what we saw then, and after spending some more time with a full production model this time around, we still like it — perhaps even more. Panasonic almost always does well when it comes to creating compact cameras with versatile lenses for its Travel Zoom range, and the TZ30 is a good example of a model that is indeed perfect for travellers.

It's a camera that's small and easy to fit into a pants pocket, yet its lens can capture images from a wide angle of 24mm, all the way up to a telephoto angle of 480mm. If you're on a tourist beat, this means you can potentially take a photo of a landmark that fits in the entire frame, and you can then zoom in and get very close shots of all its details. And you can do it all without changing lenses.

Pictures can be framed using the camera's 3in LCD screen, which can be a little hard to view outdoors on sunny days, but that's a complaint we have of most cameras on the market. What you see on the screen isn't what your final picture will look like; to see how your photo will be exposed, you'll need to press the shutter button halfway down first. The shutter button has a distinct two-step feel to it, but we think it could stand to be a little firmer.

The controls on the rear of the camera include a typical ring of functions surrounding an OK button, a display button, a Quick Menu button, a dedicated exposure button (which can be used to either adjust exposure compensation or to move between shutter and aperture values, depending on which mode you are in), and a switch for playback and recording mode. There is a dedicated video recording button at the top, right next to the shutter, which is very convenient. The buttons feel a little cheap though, and we think they could stand to be a little better constructed. There is a built-in stereo microphone, a speaker, a built-in flash, and mini HDMI and micro-USB output ports.

We like the Quick Menu settings, which can be brought up so that the ISO, white balance, focus type and shooting mode can be adjusted from a logically laid out interface. We also like the fact that you can just point on the screen to whichever part of the picture you want to focus on, and you can even enable an on-screen shutter so that a picture is taken the moment you touch the screen at your desired focus point.

The shot-to-shot performance of the camera was swift. In continuous mode, the camera can take a quick burst of five shots per second for up to three seconds, before slowing down to average around 2.7 frames per second. One thing that can slow you down is the the switch to go from recording mode to playback mode -- you have to switch it back again to continue taking pictures. We'd prefer a button (rather than a switch) to take you to into playback mode, which would then allow you to press the shutter button to get out of it.

We found the quality of the lens to be very good at the wide angle, with barely any noticeable distortion on straight lines. The zooming performance of the camera is smooth, and it also allows you to use every zoom increment by dabbing the zoom rocker. When the lens is fully extended, it sticks out about 50mm from the body; it's retracted when the camera is off, and the camera is only 27mm thick in this state. 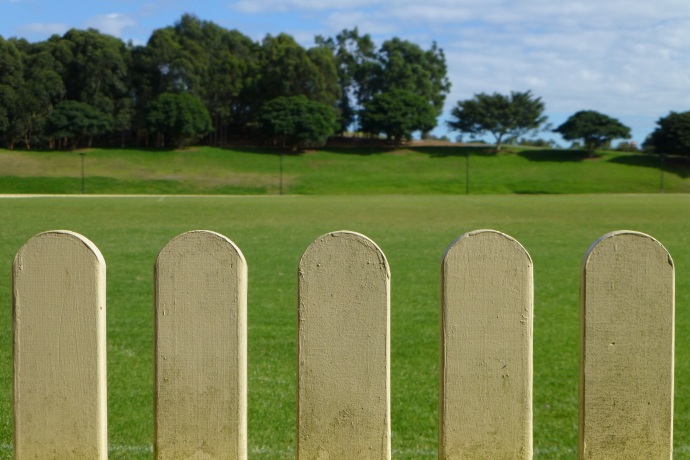 At wide angles, the camera lens does a respectable job of keeping straight lines straight. 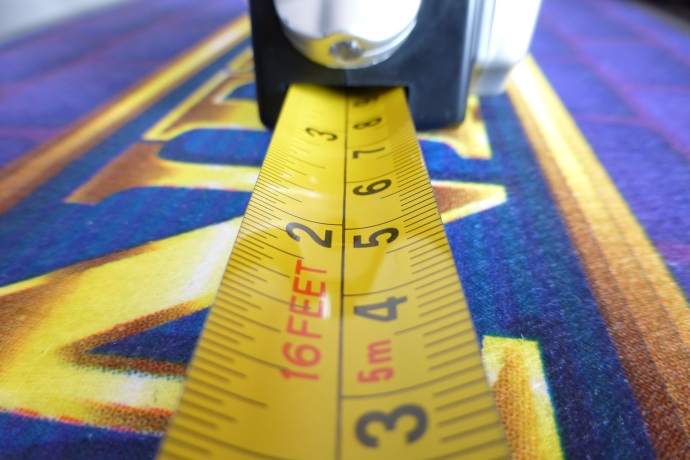 You can even use the camera capably for macro shots, as the camera allows you to get quite close to your subjects to capture fine details.

The overall picture quality of the DMC-TZ30 is quite clear, especially for a compact camera, but closely cropping images will reveal some blurry results and loss of detail. We'd recommend not taking photos with the intention of cropping them closely to accentuate details, but instead framing images so that your desired subject appears as big as possible in the frame. Colours are captured vividly by the camera, although in our tests it sometimes made the sky look a little too saturated, depending on the lighting situation. 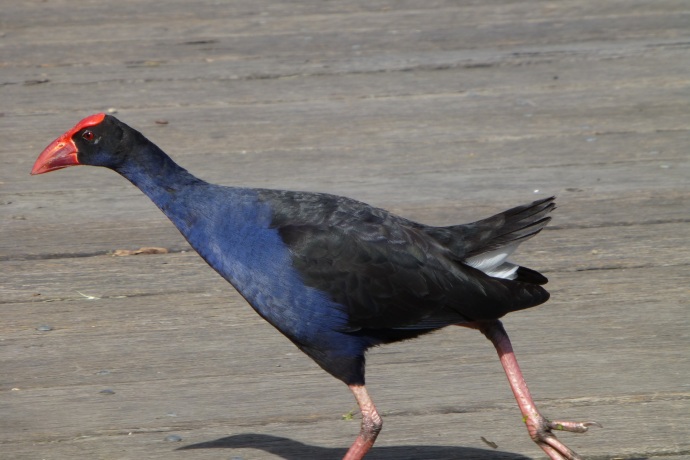 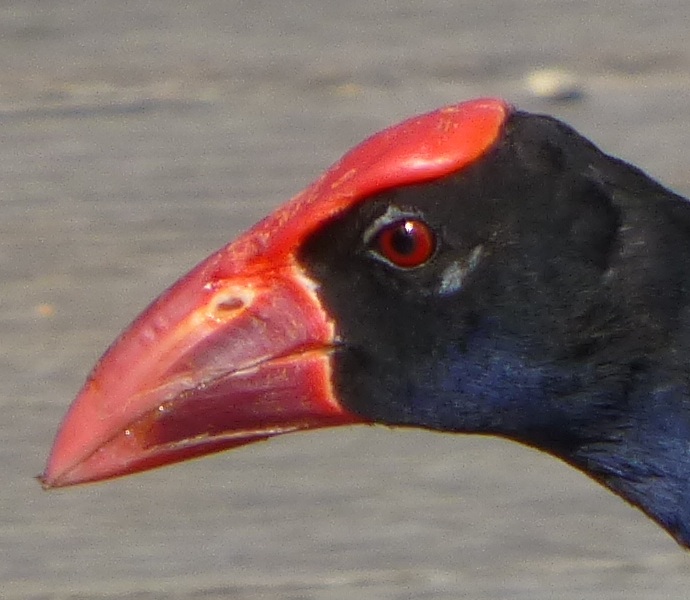 The TZ30 is capable of capturing clear results, with loss of clarity only evident when you heavily crop your images. 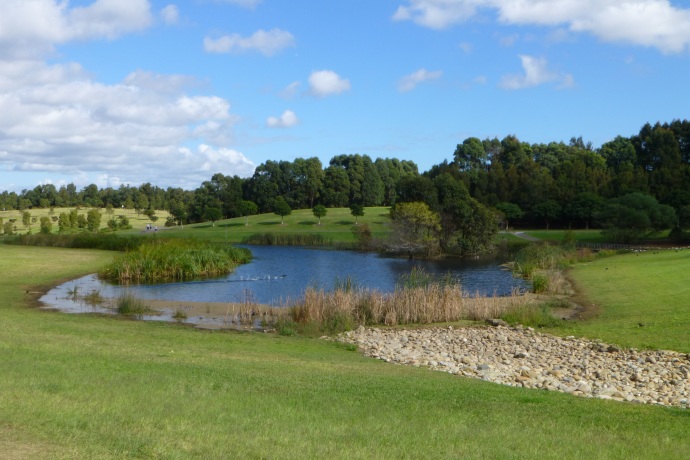 A typical landscape shot. In this shot the blue sky looks a little unnatural, but nevertheless very good.

The lens has a maximum aperture of f/3.3 so its ability to blur the background around your subject isn't great, and it also means that you'll probably have to push the ISO speed higher in low-light situations (or when you're zoomed in, as the lens goes from f/3.3 to f/6.4 when it's at full zoom). Noise and loss of definition become noticeable at around ISO 800, but unless you crop your photos closely, you probably won't notice this. The camera can go up to ISO 3200, at which point images start to look quite messy. There are two automatic ISO modes on the TZ30, a normal auto ISO, and an intelligent auto ISO, which can also take movement of your subject into account, in addition to available light. There is no ISO limiter though. 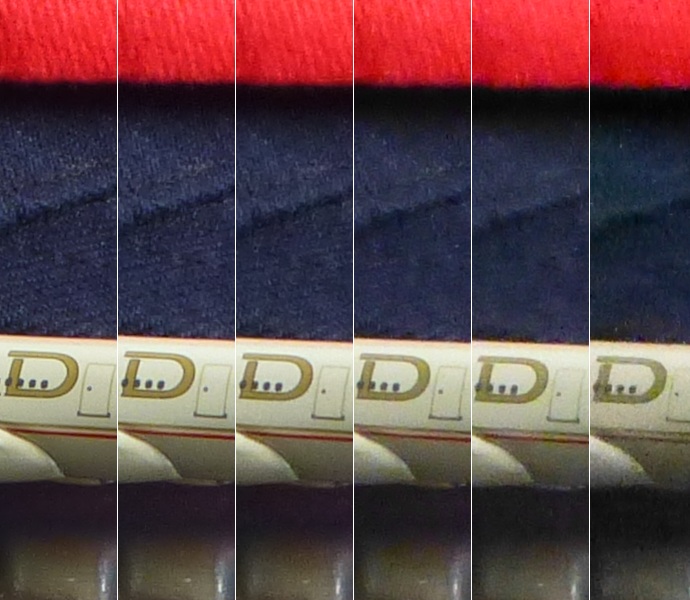 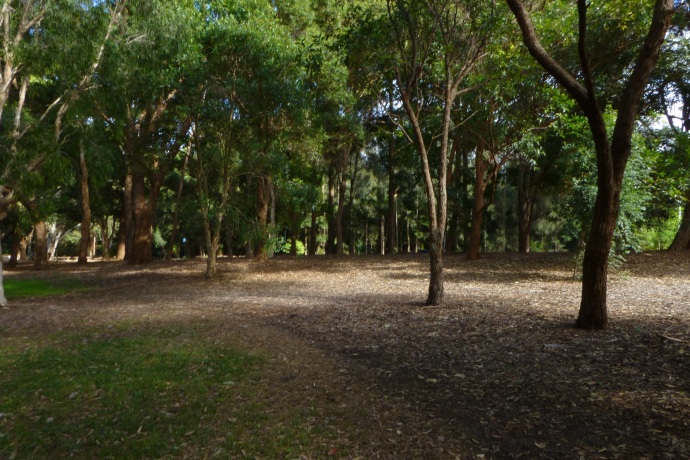 Dynamic range in shadowed lighting conditions was good, and with easy-to-access exposure control you can manipulate the results if you're not pleased with what the camera has captured automatically.

If you want to get a little arty with your photos, you can choose the Creative Control from the mode dial, which allows you to change the colour tone, from sepia to high or low key, and it also allows you to implement filters such as miniature and pinhole effects. You get the usual slew of scene modes as well — up to 16 of them are available, including Sweeping Panorama mode. If you want to keep track of where you were when you took a particular shot, you can enable the GPS mode, and the camera has built-in maps, albeit primitive-looking ones, that can show you, in addition to telling you via labels, where you took your shots. This worked well during our tests.

As for video mode, the camera can record in Full HD mode to capture clear and vibrant scenes. As is the case with most compact cameras though, you won't want to move the camera around too much when taking video as the picture will blur to an uncomfortable level. When filming, you can zoom in and out and the camera will autofocus quickly, however, your zoom operations might be audible during playback. You'll want to avoid filming in windy environments; there is a wind cut feature that is on by default, but it can't work wonders.

Below are a couple of examples of the TZ30's video quality; note the lack of talent we possess when it comes to motion capture.

If you have a 3D TV, you can also use the TZ30 to take three-dimensional pictures.

We really like the Panasonic Lumix DMC-TZ30 and think that it really does live up to its purpose as a travel camera. It possesses excellent versatility thanks to its 20x optical zoom lens, has a wealth of features, is easy to use and it performs well, both in terms of speed and image quality. There are a few things about its build quality that we would change, such as making the buttons feel a little more solid, but overall, it's a great compact camera.