A tiny LUMIX camera with a huge 8x zoom 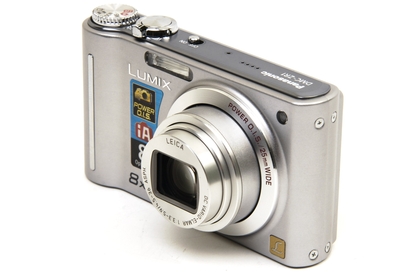 The Panasonic LUMIX DMC-ZR1 is a versatile camera with specifications that belie its small size. It can take photos at a maximum wide angle of 25mm, and its 8x zoom can reach up to 200mm. It's easy to use, has excellent focusing, and can take vibrant and reasonably clear photos.

Panasonic’s LUMIX DMC-ZR1 is a 12-megapixel compact camera that packs an 8x zoom into its small body. It runs rings around most compact cameras when it comes to reach, and it’s also capable of capturing very clear and well toned pictures.

The ZR1 represents a completely new kind of compact camera for Panasonic; one that was born out of company research that suggested users love a big zoom but hate a big body. Panasonic went to work creating a lens that has elements that are only 0.3mm thick at their thinnest point. The lens is submerged within the camera body (which is only 2.5cm thick, 9.7cm long and 5.6cm tall) and when the zoom is fully extended, the camera is still only 6cm thick.

For this reason it’s probably the ultimate travel camera. Its wide angle is wider than most compact cameras at 25mm (35mm equivalent) and its 8x zoom reaches up to 200mm. You can go from shooting the front of an old church in its entirety, to zooming in on the detail in its steeple, for example. There will be some distortion noticeable on the outskirts of the frame, which will make objects look slightly stretched or weirdly shaped.

We haven’t captured the beauty of old churches for this article, but here’s the Storm building as captured from 1x, to 8x zoom.