A 42-inch, mid-range plasma television that is outperformed by its more expensive counterpart 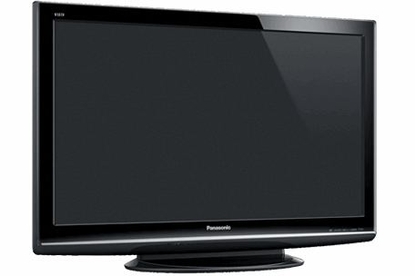 Panasonic’s mid-level plasma television offers good picture quality, a reasonable albeit conservative design and decent picture quality at a reasonable price. It’s a good package, but its value for money is challenged by the close pricing of the superior Panasonic G10 TV series.

The Panasonic TH-P42S10A is a 42in plasma television with a middle-range feature set. Its screen refresh rate isn’t as high as the slightly more expensive Panasonic TH-P50G10A. Nonetheless its picture quality is good, providing vibrant colours and smooth detail.

Design cues are carried over from the larger 50-inch model, with a silver flair running along the lower bezel and a rounded base. The base does not swivel #&8212; a small annoyance considering the comparatively small screen which is suited to smaller living spaces. The same remote is used on all Panasonic's 2009 TV models we’ve tested — it’s not exceptional but it performs its tasks without any significant problems.

The Panasonic TH-P42S10A plasma television has the same connectivity options as the Panasonic TH-P50G10A too, with three HDMI inputs and a range of analog extras such as two component and three composite connectors, making sure you’ll always have plenty of room to plug digital devices in. There is no USB port for multimedia playback but an SD card slot supports AVCHD video and a small range of audio and photo formats.

If you’re buying the Panasonic TH-P42S10A purely on picture quality, you won’t be disappointed. With a stated 2000000:1 contrast ratio the panel has deep, smooth black levels and a great amount of colour diversity and gradation.

In our Dark Knight Blu-ray movie test, we found that the Panasonic TH-42S10A plasma TV was able to resolve detail in even the darkest areas of the darkest scenes. We were very impressed with the vibrancy and high contrast of Panasonic’s newest NeoPDP panels — we think it’s a safe to say these panels are the new benchmark for cinematic image quality since Pioneer has departed from the flat panel display market.

A 550Hz sub-field drive ensures fast motion is smooth and accurately represented. We were hard pressed to see the difference between this model and the more expensive TH-P50G10A plasma TV in the majority of fast motion scenes — both executed resolving fast, wide panning shots at the panel’s full HD native resolution well.

Electrical power consumption is not a strong selling point. The Panasonic TH-P42S10A has been awarded a 2.5 star energy rating and while this is better than the two star rating of the larger Panasonic TH-P50G10A, it still falls short of the significantly more energy efficient LED models from Samsung such as the Samsung UA46B7100 LED television.

The main issue with Panasonic's S10 series of plasma televisions is that they’re priced very closely to the superior G10 plasma TV models. When you’re paying over $2000 for a television, shelling out an extra $300 is only a small added expense, but it nets a model with higher specifications. In its own right though, Panasonic’s TH-P42S10A is a competent plasma television that is a safe mid-range choice.