Parallels Desktop 6 for Mac: A versatile package for running Windows and Linux on a Mac without rebooting 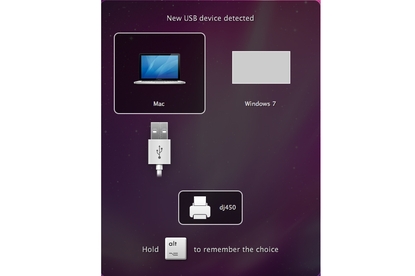 Parallels 6 is a slick and fast package to run Windows and Linux operating systems on Intel Macs. The new version feels faster, even if the WorldBench 6 test showed little difference to the latest Vware Fusion 3.1.2. Hundreds of tweaks are available although we’d prefer to see some easier access to configurations in full-screen mode. Its Linux compatability means this is one virtualization package we can’t live without.

The latest Parallels Desktop 6 for Mac adds new features and performance to this versatile package for running Windows and Linux on a Mac, without rebooting

Running one operating system (OS) inside of another is a doddle these days. For Windows 7 users, it's built right into the OS itself – on Professional and Ultimate versions at least.

A virtual machine (VM) inside your real one gives nearly all the functionality of the real computer. All, that is, except for graphics firepower. But even that is changing, as we found with Parallels Desktop 6 for Mac.

Parallels Desktop 6 for Mac lets you run any IBM x86-based operating system, from Windows to Linux to UNIX, on Mac Intel hardware. And there's very little hit on performance, making the experience – in full-screen view especially – essentially identical to being at the original computer.

The latest version of Parallels Desktop 6 for Mac promises more speed to what is already the fastest virtualization package available, along with a few more features and enhancements.

We already rated the previous update to Parallels 5 highly, thanks to unique features such as support for multi-touch trackpads (in Windows VMs at least), along with hardware-accelerated graphics effects in Linux.

There's a proud boast that Parallels now has '64-bit performance', although that's not the entire story. The main app has been updated, but some of its associated processes such as the Windows WDDM display driver, the display server and the Parallels client app are all still 32-bit.

Nevertheless, running 64-bit VMs is not an issue, nor assigning more than 4GB of RAM to one, providing you have a recent Mac and enough memory installed.

There looks to be dozens of minor additions and embellishments in Parallels Desktop 6 for Mac. Of particular interest, we'd point out the ability to pause a Windows VM running from Boot Camp; use of Mac keyboard shortcuts in Windows VMs; and a redesigned USB connection dialog box, which can be set to not bug you every time you plug a new USB device into your Mac.

It's quite easy to import a VM machine from arch-rival VMware – any VMware OS images on your drive will already be listed in the Parallels Virtual Machines List, ready for conversion.

There are a myriad of fine-tunings available, including security lockdowns for use in business environments, time syncing between real and virtual machines, folder sharing options; and most conspicuous are the various types of Mac-to-Windows integration options.

The Coherence mode, which has Windows' program windows floating freely in the OS X desktop, is simplifed to barely even mention the confusing Crystal addition of Parallels 5.

During initial setup of a Windows VM, you're asked if you'd like Windows to be 'Like a Mac' or 'Like a PC'; the former gives you Coherence mode by default, and maps Mac user-directory folders to their equivalent in Windows.

We prefer to keep our Windows VMs as separate as is machinely possible from the Mac, for the obvious security issues associated with running Windows anywhere.

Set to full-screen mode, though, we still find it too difficult to access any of the Parallels VM settings for peripherals and virtual hardware, as well as Suspend and the Configuration panel.

Parallels Desktop 6 for Mac only seems to offer a hot-corners option, where a mouse cursor in the screen corner causes that corner to peel back to reveal the Mac desktop. It's a slower process than VMware Fusion's drop-down dock, and interferes badly with any hot-corner shortcuts already set on the Mac host.

And Parallels Desktop 6 for Mac is still sneaking the third-party MacFUSE app into the system without clearly asking permission. This app helps Parallels read other file systems.

For Linux fans, the Parallels 6 update still enables proper graphics rendering, and the 6.0.1 update works with the latest Ubuntu 10.10 Maverick Meerkat. Parallels is the only virtualisation software we've seen that can let Linux VMs display properly.