Parrot's Zik headphones are packed full of tech, but do they provide great sound quality? The Parrot Zik headphones are the best wireless Bluetooth headphones your money can buy, combining a great looking design with some excellent features like intuitive, touch sensitive controls. However, the high price tag doesn't match the audio quality. The Zik headphones don't sound bad by any means, but for $500, the sound quality isn't going to blow you away. That's a shame.

Bluetooth headphones have always had a stigma attached to them: a nice, convenient idea, but hindered by poor audio quality. Wacky French tech company Parrot — the same folks who brought us the AR.Drone and AR.Drone 2.0 flying quadricopters — is trying to change that perception with the Zik wireless headphones. They're packed full of some very cool technology and boast excellent noise cancellation, but they're overpriced.

The Parrot Zik headphones form part of Parrot's "design by" range and were designed by French designer and architect Philippe Starck. Design is often a subjective matter, but in our opinion the Zik's are one of the best looking headphones on the market.

The Zik headphones are an over the head design that Parrot says follow the shape of your head. A padded, black leather head-band contrasts nicely with an aluminium frame that feels very well constructed. The head-band telescopes out around an inch, so the Zik's will fit most sized heads. We like the convenient numbers marked 1-4 on the aluminium frame, too, which means you can quickly adjust the band to the appropriate size. 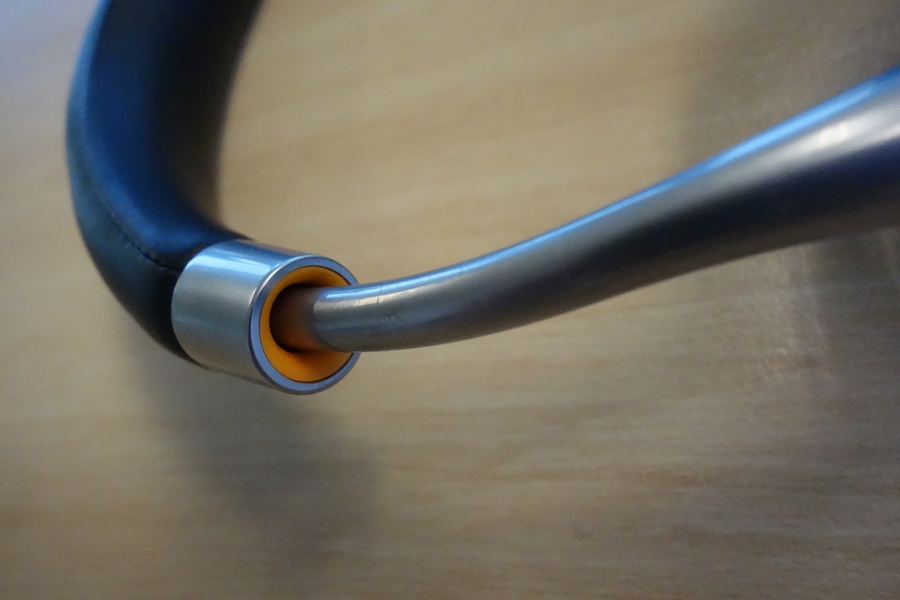 The Zik's head-band telescopes out around an inch, so they will fit most sized heads.

Despite the attractive design, the Zik headphones are pretty heavy. They're not entirely uncomfortable to wear, but you definitely know when you have them on. Further, we found the head-band tended to dig into the top of our head after about 15-20 minutes of use. This annoyance isn't completely unbearable, but you can definitely feel it.

The large ear cups is where everything comes together on the Zik headphones. The right sided ear cup houses the power button, a micro-USB port and an invisible control panel on the side that's touch sensitive. Volume is controlled by swiping the panel vertically to set the volume and tracks can be skipped by swiping horizontally. The end result is very impressive and the learning curve is ridiculously easy.

The Zik headphones also automatically pause your music when they are removed from your ears due to the inclusion of a presence-sensor on the inside of the ear cup. We found this feature worked mostly as advertised, though on the odd occasion the sensor wouldn't detect when we had removed the headphones. 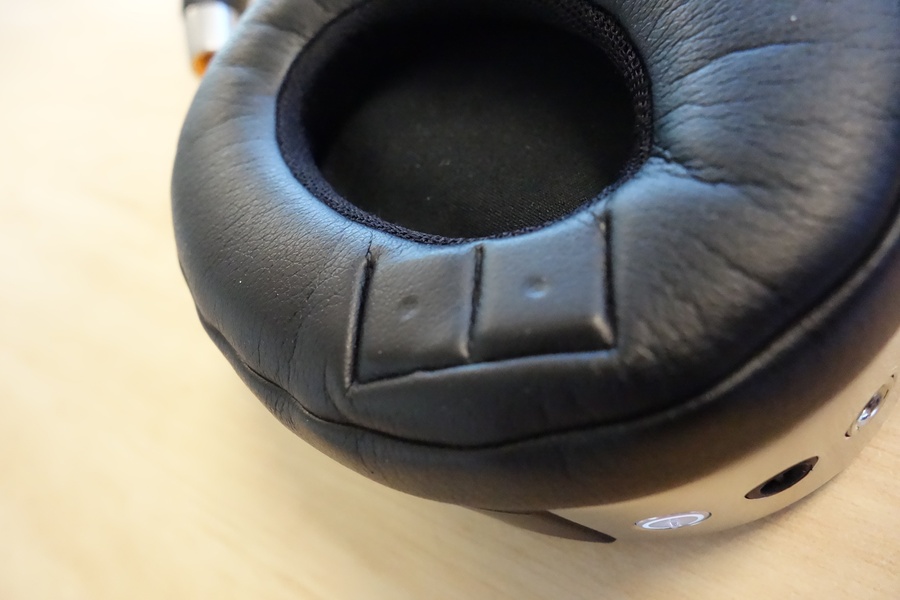 The Zik headphones automatically pause your music when they are removed, thanks to a presence-sensor on the inside of the ear cup. 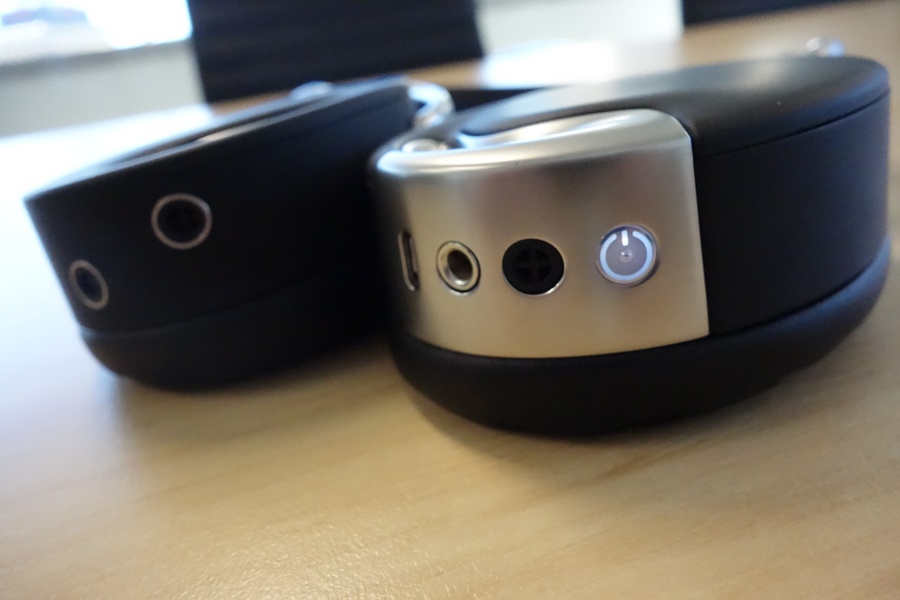 That being said, the Zik's are wireless headphones and they sound better than most Bluetooth headphones we've tested. Bass reproduction can be muddy and the sound isn't entirely natural, but treble detail is notable and both highs and lows are reasonably balanced. We found the Zik's best suited to electronic music but they are balanced enough to listen to most other genres without too many complaints, either, provided you're not expecting audiophile quality.

The noise cancellation feature on the Parrot Zik is active by default. However, Parrot does allow users alter the acoustics and sound-space of the headphones through a handy smartphone app available on both the iOS app store and Google's Play Store. This DSP algorithm called "Parrot Concert Hall" aims to create the effect of being at a concert. Users can adjust the stereo separation and the speakers angle, choosing from standard presets like concert hall, jazz club, living room, or silent room.

In addition to handling audio, the Parrot Zik headphones have been designed to handle mobile phone calls over Bluetooth. A total of four microphones are built-in to enable voice calls over Bluetooth and there's also a jawbone sensor that Parrot says allows the unit to distinguish your voice from background noise.

The Parrot Zik headphones are packed full of technology, as the above image highlights.

Connecting the Zik headphones via Bluetooth is a simple process, but even easier is using NFC to pair them. An embedded NFC chip enables you to tap an NFC compatible smartphone against the side of the Zik headphones to immediately pair the two devices. Unfortunately, the NFC feature is initially only compatible with two smartphones, the BlackBerry Curve and the Nokia N9. It will require a software software update to support various other NFC compatible smartphones like Samsung's Galaxy S III, the Samsung Galaxy Nexus and the HTC One X, though Parrot hasn't specified an exact date as to when this will occur. 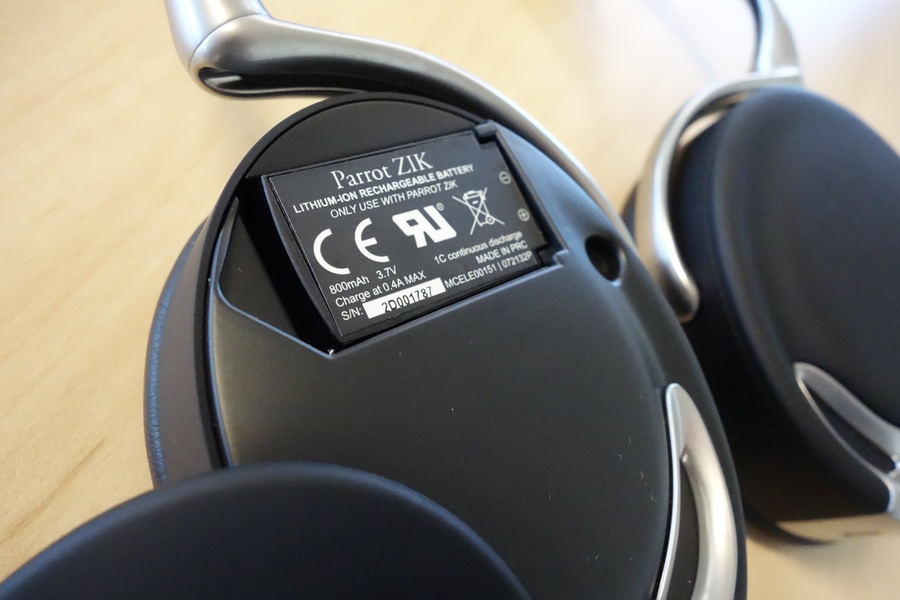 Parrot says the battery of the Zik, a rechargeable, removable 800mAh Lithium-ion battery hidden in the left ear cup, will last for up to five hours of music playback on a full charge and will charge in around an hour and a half. We found the battery lasted us almost three days, with approximately two hours of use per day.

An included 3.5mm audio cable means you can use the Zik headphones as traditional wired headphones even when the battery runs out, but you'll obviously lose the active noise cancelling, touch controls and Bluetooth features. The Zik headphones charge via an included micro-USB cable.

The Parrot Zik headphones are available now for $499. The headphones are sold through Apple Stores, leading consumer stores, concept stores and Hi-Fi stores.