Razer Blade Stealth (2019) review: One of the nicest laptops I can't afford 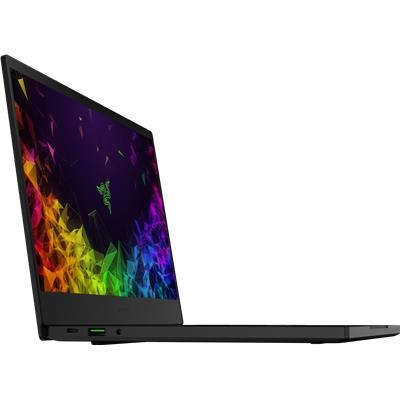 It doesn’t come cheap but, assuming you can afford it, you’re going to get a lot out of the Razer Blade Stealth.

The thing you always have to keep in mind about gaming laptops, is that they’re only ever really compact by comparison - and doubly so in comparison to gaming desktops or by the bulkier gaming machines of the pre-Max-Q era.

If you toss up the latest Aorus or Zephyrus against a HP Spectre or Macbook Air, there’s no competition to be had. They’re simply in different leagues. Thinness by comparison isn’t the same as thinnness itself.

Razer’s new Blade Stealth is the first time I’ve actually seen that convention broken. I don’t know if I want to shell out the cash and buy in just yet but I know that I definitely want to see more laptops like this one.

The specs for our Razer Blade Stealth review sample were as follows:

What Did We Like About The Razer Blade Stealth?

As far as the design of the Razer Blade Stealth goes, there’s plenty to like here. I mean, if you already dislike Razer’s specific sense of “gamer” style - this probably won’t win you over. But if you’re already on the fence, it strikes a meaningful middle ground. This really does feels like something you could get away with using in a business scenario - assuming you turn off or tone down the keyboard lightning.

Then, when it comes to ports, you’ve got all the usual suspects and little else. There’s a headphone jack, then two matching sets of USB 3.1 and USB Type-C ports. The Razer Blade Stealth also charges via USB Type-C, which allows for a thinner and lighter charger.

On this front, it’s starkly minimalist - but not all that out of line with where most ultra-thin notebooks like the Stealth are at. Take a look at the latest Macbook Air or HP’s Spectre Folio and you’ll see the same limitations.

Still, to Razer’s credit, nothing feels out of place or tacked on. The Stealth strikes a surprisingly compelling balance when it comes to feeling both modestly weighted and surprisingly solid. I’m not brave enough to throw any sort of drop test at the Stealth but it does feel like this thing could take a hit.

How did the Razer Blade Stealth Perform in Benchmarks?

Though it could easily be mistaken for one, the Razer Blade Stealth isn’t really a true gaming laptop.

Unless you opt for the more expensive model, you’re only getting Intel’s integrated graphics. This means that you can only really get away with less-demanding stuff like Hearthstone (or low-spec indie fare). If you’re looking to do some proper AAA gaming, you’re going to be out of luck - unless you pair this up with a Razer Core external graphics unit or opt for the pricier MX150 model.

As such, the benchmarks scores we initially got back from the Razer Blade Stealth didn’t see it fare so well. Even compared to laptops that sit in the same price-range like Dell’s G7 and the HP Omen 15, it’s well behind the rest of the curve. That being said, those laptops do fall far short of the portability and design found in the Stealth.

However, if we flip things around and compare it to other ultra-shin workhorse PCs like Huawei’s Matebook X and the HP Spectre Folio, you get a different story. On those terms, the Razer Blade is delivers top-notch performance that’s often the best in its weight-class.

What Didn’t We Like About The Razer Blade Stealth?

For some, the absence of a HDMI-output or an SD card slots will be the dealbreaker that stops them short of buying the Razer Blade. However, for most, the sticking point is probably going to be the price. Simply put, the Razer Blade isn’t cheap - even for this kind of laptop.

It’s not hard to find a laptop with similar specs and a lower price-tag.That laptop probably won’t have the design flourishes (or the Nvidia MX graphics) found inside the Stealth - but it’ll still be cheaper. And, realistically, for a lot of people - that’s going to be the deciding factor.

The Razer Blade Stealth is a really nice work laptop that inherits a bevy of gaming features to great effect. If you’re looking for that, and have the money to burn, it’s a really compelling package. And if you’re the person who has the money to both buy this and then use it with a Razer Core external graphics unit, it’s even more tantalizing.

However, if you don’t - or if you’re looking to save a buck - there are plenty of other options out there that have the Razer Blade Stealth beat. In isolation, it’s a formidable package but, in context, it’s far from the only game in town.

It doesn’t come cheap but, assuming you can afford it, you’re going to get a lot out of the Razer Blade Stealth.