Ricoh's CX4 compact digital camera is almost identical to the CX3, but it offers a new subject-tracking focus mode and a dedicated creative mode on its dial. It's a fun camera to use and the end results are almost always pleasing. However, it doesn't have a manual mode, so you can't dial in specific aperture and shutter values. But if you want a high-quality, mega-zoom camera that can do the hard work for you, then it's perfect.

Ricoh's CX4 point-and-shoot digital camera is bigger than most compact cameras on the market, but it rests comfortably in your hands and it's equipped with a big 10.7x optical zoom lens. It feels very well built, it has a CMOS sensor, and its LCD screen is one of the best we've ever seen on a digital camera. Unfortunately, it has limited manual exposure features, so you'll have to let the camera decide the aperture and shutter settings on its own; despite this it's a camera that's a lot of fun to use and everyone who played with it during our tests loved it.

The controls, design and specifications of the CX4 are almost identical to Ricoh's CX3, except that it's a smidgin taller. You still get a 10-megapixel CMOS sensor and 28-300mm zoom lens with a wide aperture of f/3.5. The only notable improvements that have been made to the camera are the addition of a dedicated Creative setting and subject-tracking focus. The Creative setting on the mode dial replaces the Dynamic Range setting on the CX3 and it allows you to access the camera's six creative scene modes: Dynamic Range (which previously had its own spot on the dial), Miniaturize, High Contrast Black and White, Soft Focus, Cross Process, and Toy camera. 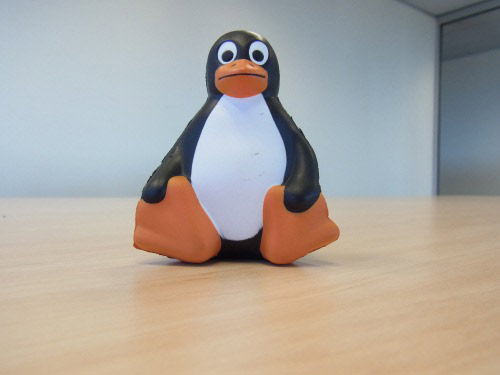 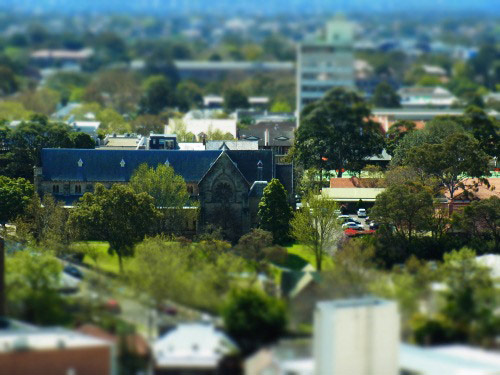 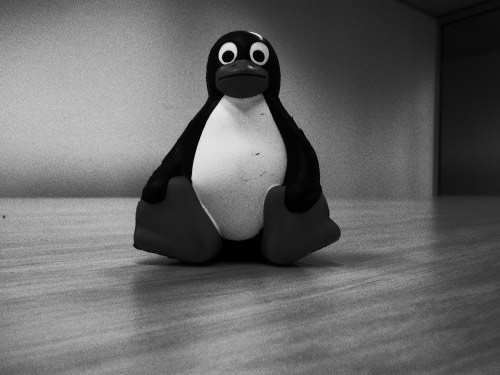 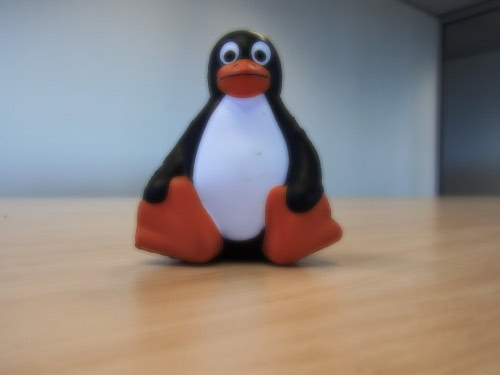 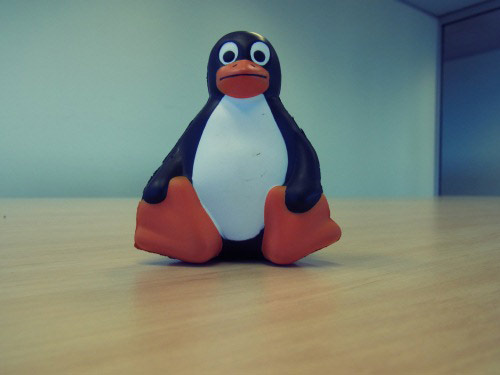 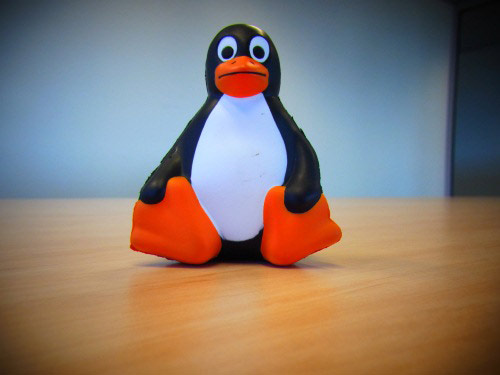 Because the CX4 is a largely automatic camera, you won't have to think too much when you use, but you will definitely want to play around with its scene modes, creative modes and different focusing capabilities. In fact, we had lots of fun using the manual focus and subject tracking focus during our tests, and they work extremely well. Manually focusing in macro mode is particularly fun: you can blur out the majority of the background while keeping your foreground subject crisp. The camera's LCD screen is razor sharp and you can easily see minute changes made to the focal point. 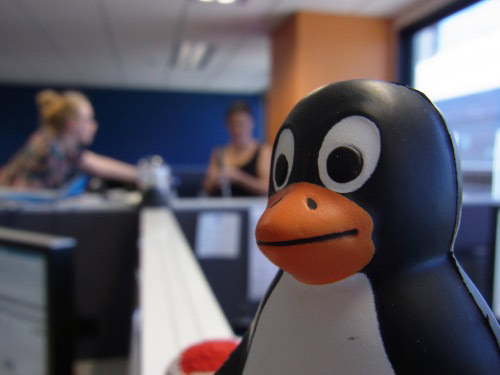 Manual focusing in macro mode is very easy and a lot of fun to do. You can easily blur out the background of your shots.

Subject tracking focus is useful for when you want the main subject of your photo to be located off-centre. In our example picture below, we focused on the flower, then moved the camera until the flower was in the desired position in the frame. It was very responsive, and kept a continuous lock on our subjects. 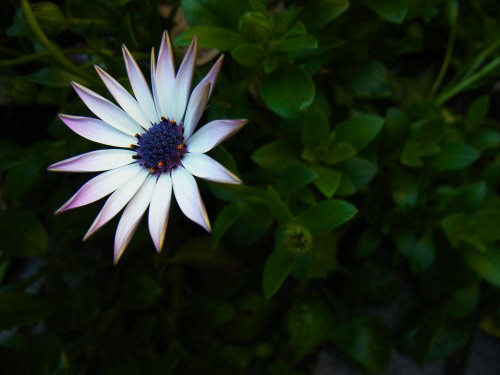 Subject tracking focus was used to track the subject to an off-centre position in the frame.

Like the CX3 and CX2 models before it, the CX4 is a slightly noisy camera, but its images are still very sharp. You can crop them quite close without noticing too much feathering. You won't want to use a high ISO speed though as this will introduce more noise into your shots — you can restrict the auto ISO value to a low setting. Chromatic aberration can also be seen in some photos, but it's not a major problem. 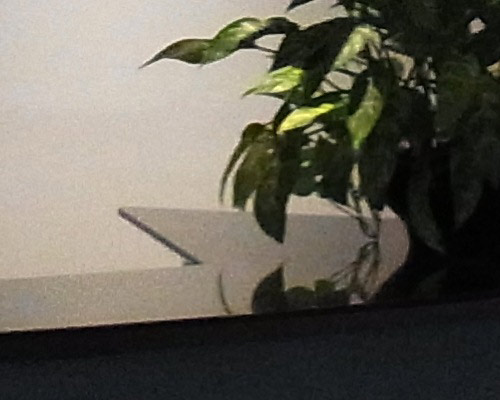 In addition to letting you be creative, the Ricoh CX4 will also allow you to be fast. It has a dedicated burst mode setting on its dial and it can shoot up to five frames per second at the maximum resolution. The response time of the camera is swift and you don't have to wait for images to be processed, unless you've taken them using a creative mode.

Using the camera is a cinch. Its menu system is logical and responsive when you navigate it and the joystick control on the back of the camera can be programmed to bring up custom settings. Likewise, the Fn button can be assigned to a regularly used task. Some people may baulk at the camera's relatively large size, but we like it as it makes the camera easier to hold steady while shooting. The camera has sensor-shift image stabilisation technology, which helps noticeably in low-light shooting — we were able to get clear handheld shots even while using a shutter of 1/8sec.

The CX4 costs $499, which is the same price as the CX3, but we wish it was slightly cheaper considering the lack of manual modes. However, it is a very well built camera with high quality components. Its body is metal and its 3in LCD screen, with its resolution of around 920,000 dots, provides a very clear and vibrant view for shooting. It's not a major step up from the CX3 — although we love the new subject-tracking focus mode — but it's a magnificent choice if you want a high-quality point-and-shoot camera with a big lens and fast performance.