A compact Ricoh camera with a prime lens and manual features Small, good looking and stocked with manual features, the Ricoh GR Digital III is capable of taking superb shots and is the perfect point and shoot for a professional or enthusiast photographer. It costs a lot, but its f/1.9 prime lens and overall great performance make it a desirable product if you can afford it.

While it may not be a digital SLR, the small and light Ricoh GR Digital III compact digital camera packs a couple of SLR-like features. It has dedicated dials for changing its aperture and shutter settings, and the ISO, white balance and exposure compensation can be changed via shortcut buttons. It also has a very useful manual focus mode. These features alone make the Ricoh a nifty tool for any enthusiast's or professional's camera bag, but they're not the camera's only desirable feature: it also has a prime lens.

When you point this camera at your subject, what you see on its 3in LCD screen is what you get; there is no way to bring your subject closer, nor widen the angle, unless you take a walk. Its lens is fixed at 28mm (in 35mm speak), but it does have a moveable group of elements that help you get nice and close to your subject when you manually focus in macro mode. You can take the focus from infinity all the way down to 1cm — in fact, you can almost put the lens directly on your subject when you take a close up.

The result is a very narrow depth of field that can give some very interesting results. General macro shots will have a brilliant bokeh in the background, and shots as close as 1cm can give you just a sliver of sharpness in the centre of your image and bokeh all around it. When using manual focus, you can zoom in on the LCD screen, which gives you a closer look at your subject and allows you to ensure that the photo you are taking is as sharp as possible. 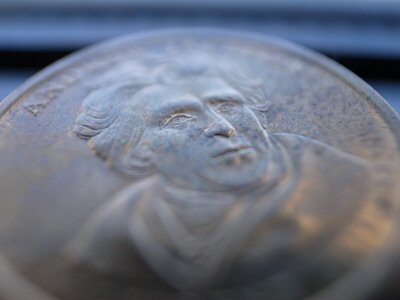 You can see the sliver of focus in the centre of this image, while the rest is rendered with a dreamy softness.

Pictures are captured with a 10-megapixel sensor, which has a native 4:3 ratio, but it can also shoot at 3:2 and even 1:1. It can capture images in JPEG or RAW mode (but not both simultaneously) on an SD card, and it has a swift start-up time of less than a second, as well as quick shot-to-shot performance. Its continuous shot speed is approximately 1.8 frames per second, which is not too shabby for a compact camera. 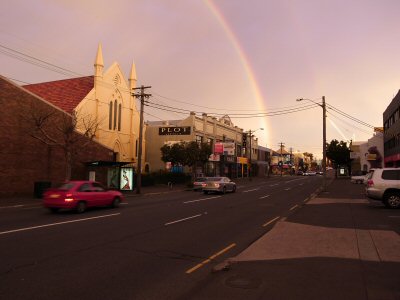 The crane and the bottom of the rainbow are blown out, but the camera captured the mood of the afternoon as intended. This was shot using aperture priority at f/3.2, with a shutter of 1/42 and an ISO of 100.

You can choose to shoot in manual mode, or make use of the aperture priority and shutter priority modes. There is an auto mode, but since the camera lets you take control of its features it would be a waste to just let it decide all the settings for itself. Scene modes are also present, but are limited to Dynamic Range, Text, Skew Correct Mode and Movie mode. Dynamic Range mode takes two shots of the same scene at different exposures and blends them together in order to give dark areas more exposure without blowing out the highlights. As with bracketing mode, it's best to use a tripod with this mode in order to avoid blur.

There is another mode that's available that sits in the main menu: interval shooting. This is a very cool feature that lets you take a shot at an interval of your choosing (it can be seconds or hours) and it's perfect if you want to follow a certain scene's progression without actually being there to press the button. The only problem is you can't give it a shot limit, so it will shoot until the memory card runs out of room or until you press the menu button.

The best thing about the Ricoh GR Digital III is that you can carry it around everywhere and pull it out at opportune moments to catch an interesting scene on the street, or a magnificent sunset. 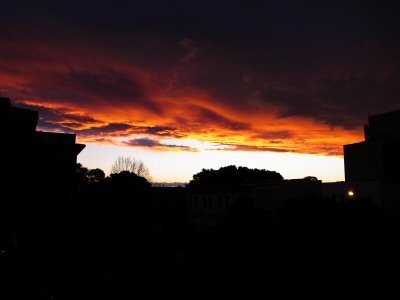 We used the 'vivid' setting for our shots, which is why colours looked so saturated and vibrant, but you can switch this to 'standard' if you find it overbearing. You can also choose to shoot in black and white (or in a different colour tone), and you can even select your own custom settings. The camera lets you take total ownership of colour saturation and contrast, so you aren't stuck with the default values that it selects.

In low-light conditions, the Ricoh will shoot relatively crisply down to a shutter speed of 1/7th of a second. 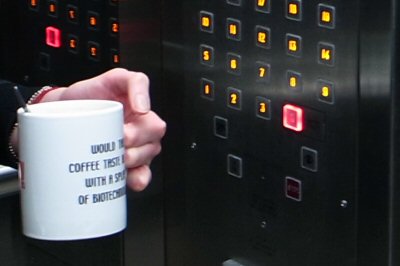 The large aperture really helps in low-light conditions, but you can boost the ISO speed up to 1600 if you so desire. Anything above ISO 400 will introduce some noise to your photos, but it won't be overly noticeable unless you crop the pictures closely. Of course, you could also use the pop-up flash in low-light situations, and there are comprehensive options for the flash, including first and rear curtain settings.

At 10 megapixels, the Ricoh GR Digital III can produce images that can be printed at large sizes, and the quality of the images when viewed at their full size is quite good. Edges are well defined and you won't get much chromatic aberration between high-contrast areas. 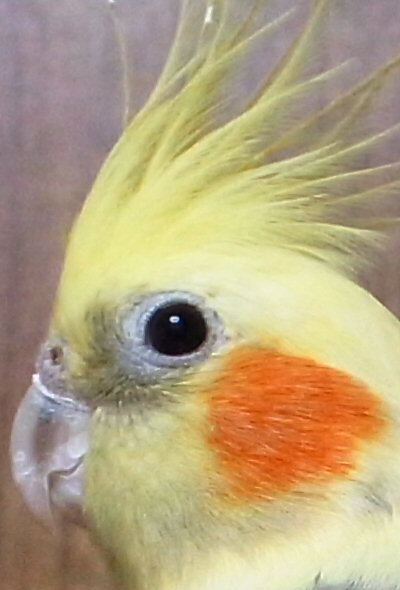 The camera is sturdy, and it has a rubberised grip that makes it easy to hold. The mode dial has a lock on it, so it won't change positions if it's accidentally nudged, and the shutter button has two distinct steps when you press it. It's quite a lovely camera to use, despite the fact it doesn't have an optical viewfinder. However, there is an option for one (GV-1 EXTERNAL VIEWFINDER). Other options include a lens converter, which can expand the view of the camera to 21mm (GW-2 21MM WIDE LENS), plus a hood and adapter, but these are all costly accessories. If you purchased them all, you'd run up a bill that's close to $600.

Some, if not most people, may balk at the $999 price tag of the GR Digital III, especially considering that you can't change lenses. But the prime lens is useful for times when you don't need anything more than a wide angle. Taking it for what it is — an advanced point-and-shoot for a professional or enthusiast user — the Ricoh GR DIII is a great camera, with plenty of features, a sturdy build, and above all, capable of producing excellent picture quality.