The Samsung Galaxy Tab 8.9 4G is Australia's first 4G tablet, offering impressive data speeds and a size and weight that we think is near perfect. However, Telstra's currently limited 4G coverage, a high price tag and some niggling software issues mean you should probably give the Galaxy Tab 8.9 4G a miss, at least for now.

4G has only just taken off in Australia but Samsung was quick out of the blocks with the Galaxy Tab 8.9 4G, which earns the title of Australia's first 4G tablet. 4G speeds are very impressive but the currently limited 4G coverage, a high price tag and some other niggling issues mean you should probably give the Galaxy Tab 8.9 4G a miss. For now.

I want 4G and I want it now

The key feature of the Samsung Galaxy Tab 8.9 4G is obviously 4G connectivity (duh!). Like the 4G USB modem and the HTC Velocity 4G Android smartphone before it, the Galaxy Tab 8.9 4G runs on Telstra's new 4G network. It is best described as an LTE enablement of the company's Next G network. It runs on the LTE 1800MHz spectrum band but "switches across" to the Next G network when 4G coverage is not available.

As with any 4G device it's important to understand two things. First of all, 4G coverage is currently pretty limited. Telstra's 4G network is available in all eight capital cities (5km from GPO) and their respective airports in Australia, along with around 80 regional and metropolitan centres (3km from city centre). Unless you're using the Galaxy Tab 8.9 4G regularly in one of these coverage zones, the benefit of 4G connectivity will be minimal. 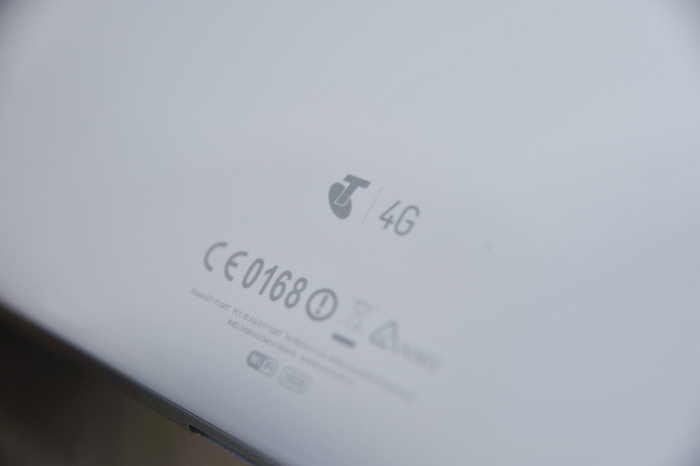 Secondly, the speeds you manage to achieve on the 4G network will depend on a number of factors including congestion, location and time. Given Telstra's 4G network is still in its infancy, however, congestion is currently minimal and that means extremely fast data speeds. To give you an idea, we managed to achieve download speeds of up to 38 megabits per second (Mbps) and upload speeds of almost 15Mbps on the Galaxy Tab 8.9 4G. While speed did tend to fluctuate our Galaxy Tab regularly achieved speeds of well over 10Mbps when in a 4G zone.

When you're not in a 4G network zone the Galaxy Tab 8.9 4G will simply fall back to Telstra's regular Next G network. Like HTC's Velocity 4G smartphone the Galaxy Tab 8.9 4G has dual channel HSPA+ connectivity, meaning 3G data speeds are likely to be faster than many phones and tablets currently on the market. Officially, Telstra quotes typical download speeds ranging from 1.1-20Mbps in a 3G zone, though as usual we found real world figures a solid 10Mbps on occasions. 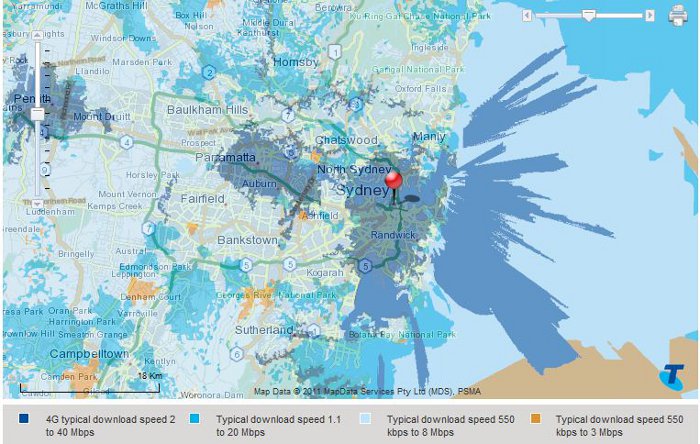