The Samsung Galaxy Tab 8.9 4G is Australia's first 4G tablet, offering impressive data speeds and a size and weight that we think is near perfect. However, Telstra's currently limited 4G coverage, a high price tag and some niggling software issues mean you should probably give the Galaxy Tab 8.9 4G a miss, at least for now.

If you've been following Samsung's tablet strategy (if you can call it that) it is definitely one of the more overwhelming on the market. The company started off with a 7in Android tablet, then released a 10.1in, then revised that 10.1in to be thinner and lighter, then added a slightly bigger 7.7in device. To top it all off, the company recently released the Galaxy Note, a 5.3in half tablet, half smartphone. That makes the Galaxy Tab 8.9 4G the fifth different sized Samsung tablet to be released in the past 12 months. Confused yet?

Despite our confusion, the Samsung Galaxy Tab 8.9 4G does have two very positive things going for it. Its 8.9in sized screen is a near perfect balance of portability and size, while the device itself is thin, light and very well constructed. It's a mere 8.6 millimetres thick and weighs only 470g, making it thinner and lighter than both the new iPad and the iPad 2. 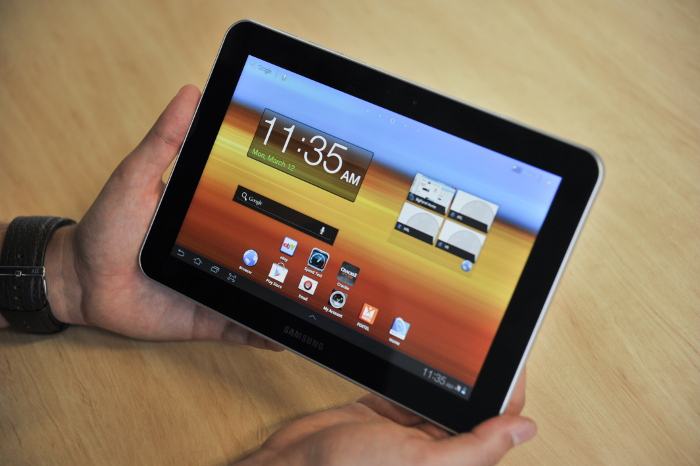 The Galaxy Tab 8.9 4G is constructed largely from plastic, but still manages to feel very well built. It has a very similar look and feel to the larger Galaxy Tab 10.1 with a glossy black bezel surrounding the display, and glossy white plastic on the rear. We like how the rear-facing camera and LED flash is built into an attractive silver strip towards the top.

The Galaxy Tab 8.9's svelte frame has made it tough for Samsung to include extra ports. On the top edge you'll find a headphone jack, a built-in microphone, a power/screen lock key and a SIM card slot. The bottom of the device houses dual speakers covered by glossy silver mesh and Samsung's proprietary dock connection. This connector looks remarkably similar to Apple's 30-pin connector port used on both the iPhone and iPad. There's no room for a microSD card slot, which will disappoint many potential buyers, and the only way to connect the Galaxy Tab 8.9 4G to a high definition television or projector is through an optional HDTV adapter.

The Galaxy Tab 8.9 4G doesn't have one of Samsung's well received AMOLED panels, instead using a PLS TFT display. The end result is still impressive but the screen does lack the vibrant colours of AMOLED models like the Galaxy Tab 7.7, for example. The Galaxy Tab 8.9 4G's 1280x800 resolution may not sound all that special on paper but when you consider this is the same number of pixels used in most 10in Android tablets, the result is a sharper and crisper image. This is especially evident when reading long blocks of text on a Web site. 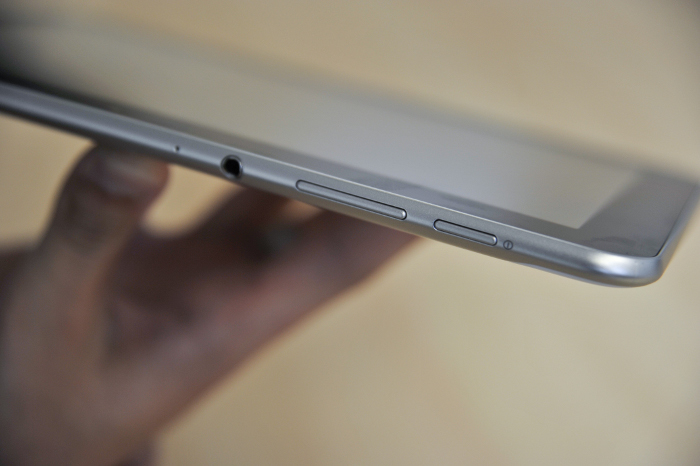 The biggest let down of the Galaxy Tab 8.9 4G is the fact it runs the outdated Android 3.2 "Honeycomb" operating system. That means all of the common complaints about tablets running Honeycomb apply here. The unlock screen is too often sluggish and unresponsive (admittedly this is a Samsung issue), the browser is sluggish and still automatically switches to mobile versions of many Web sites, the home screen jitters if there are more than a few widgets on the screen and transitions between screens are choppy. We expect many of these issues to be resolved once Samsung upgrades the Galaxy Tab 8.9 4G to the latest Ice Cream Sandwich version of Android, but until they do so, we can only judge what we have in front of us.

Samsung has skinned the user interface with its TouchWIZ UX software which adds a number of additional features. The most notable is the "quick panel", which adds a handy set of toggles in the notifications pop-up for Wi-Fi, notifications, GPS, sound vibration, auto rotation, Bluetooth and flight mode. There's also a screen capture button next to the standard back, home and recent apps keys, some "mini apps" that can be used while regular apps are open, as well as a range of resizeable Samsung widgets.

A core part of TouchWIZ is Samsung's software hubs: social hub, readers hub, game hub and music hub. The music hub is a subscription based music service that costs $9.99 per month, $54.99 for six months or $99.99 for 12 months in Australia. The game hub merely lists compatible games from the Android Market, while we feel both the social hub and readers hub can be replaced by more effective third-party apps in the Android Market. 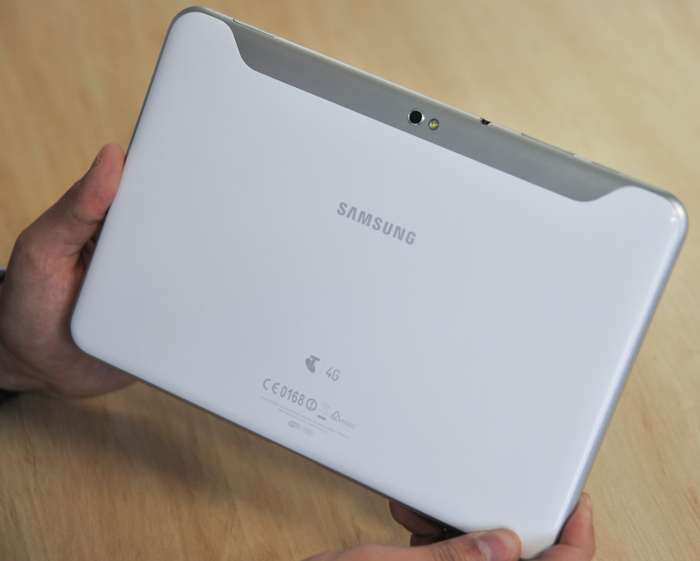 The Samsung Galaxy Tab 8.9 4G has excellent battery life. The 6100mAh battery powering the tablet was good for almost 10 hours of use during our testing, putting it in line with the iPad. Despite the presence of 4G connectivity, the battery didn't really show significant drain unless the screen was constantly on.

Disappointingly, we feel the Galaxy Tab 8.9 4G is way too expensive. It comes in 16GB ($720) and 32GB ($840) variants while comparative models of Apple's new iPad will incredibly sell for less: $679 and $789, respectively. Alternatively, Telstra also sells the Galaxy Tab 8.9 4G on a range of data+tablet plans over 24 months, starting from $49 per month.