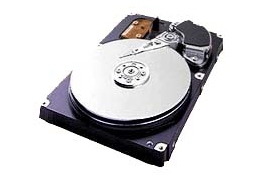 Suited to a mainstream PC where fast data transfer rates are not all that important.

Samsung's SATA range of drives have mainstream capacities, starting at 80GB, and the model we tested was the SpinPoint SP1614C, which is a 160GB drive with an 8MB cache buffer, a 7200rpm spin speed and fluid dynamic bearings.

Although it had respectable levels of noise and heat emission, the Samsung did not perform at all well in our tests. It only managed to transfer 814MB per minute during our file transfer test, well behind most of the competition. During this test its temperature reached a maximum of 41 degrees and its seek and write operations were only slightly audible.

The SpinPoint SP1614C has a formatted capacity of 149GB, which is slightly lower than the 152GB capacities offered by 160GB Western Digital and Maxtor drives. Its cost-per-gigabyte is not as low as the aforementioned vendors' drives.