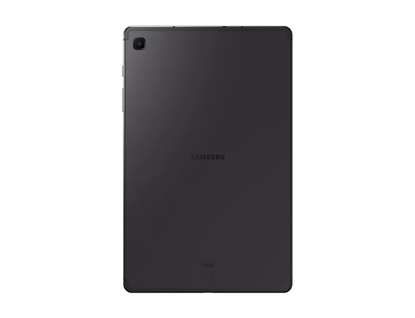 The Tab S6 Lite is a great first tablet but it’s ultimately subject to many of the same - if not more - limits as its namesake.

In 2020, the question of why you’re buying a tablet at all honestly feels a little more pressing than the question of which brand you should go with. If you’re looking for a portable content consumption machine, there’s a good chance that Tab S6 Lite can fit the bill even if it lacks some of the premium flair found elsewhere.

In Australia, the price of the Samsung Galaxy Tab S6 Lite starts at AU$549 for the Wi-Fi model and AU$699 for the 4G-enabled model.  It can be found in retail and online through JB Hi-Fi, Harvey Norman, The Good Guys, Bing Lee and Officeworks.

Right now, $600 is the price to beat when it comes to entry level tablets. Sure, cheaper options exist in the budget space but $600 is where both Apple’s mainline iPad and Microsoft’s Surface Go stand opposite Samsung’s latest.

The Samsung Galaxy Tab S6 Lite offers up a blend of smart design and savvy hardware that sees the brand hold its own as the go-to Android-based option but little else. It’s a great first tablet but it’s ultimately subject to many of the same - if not more - limits as its namesake.

In Australia, you can buy the Samsung Galaxy Tab for AU$549.

If the Galaxy Tab S6 was the best Android tablet Samsung could make at the time of its release, the Tab S6 Lite represents an effort to compromise. It cuts a few corners. The upshot of this is that it arrives at a much more reasonable price-point than the previous Galaxy Tab S6. The downside? It’s not quite as nice and lacks many of the bells and whistles that helped the original Tab S6 stand out.

At 10.4-inches, the screen here is a little bit smaller than its premium counterpart but, at least at a glance, not all that different. Sure, Samsung have opted for TFT here rather than the Super AMOLED found in the Tab S6 and the resolution on the Lite is a little more modest but it’s not a bad screen by any metric.

Displays remain one of Samsung’s strengths and the Tab S6 Lite shows that just as well as anything. Video content, apps and web pages looked more than good enough on the Tab S6 Lite’s 10.4-inch screen.

For the most part, the form-factor and design here is a highlight. The Galaxy Tab S6 Lite draws off the same broad-strokes template as the Tab S6. It’s got sleek, curved corners and an aluminium chassis that feels instantly premium. It’s not obsessively compact but it is significantly easier to stuff in a backpack than something like Apple’s iPad Pro or a full-blown laptop like the Galaxy Book S.

Otherwise, the Tab S6 Lite is a fairly typical Samsung-branded Android tablet. The bezels are thick and, regretfully, it abandons the Surface-esque kickstand found on the regular Tab S6. There’s an 8-megapixel single lens camera on the back and a 5-megapixel selfie camera on the front.

This iteration of Samsung’s alternative to Apple Pencil is a bit of a mixed bag.

Like the stylus found in the Tab S6, the feel-factor is very plastic and cheap to the touch. It doesn’t even have the uniquely-slim appeal of its predecessor. It feels fine to use but, as someone who really enjoyed using the stylus included with the Tab S6, this part of the package seemed like a definite downgrade (even if it is notable that Samsung bundle it in with the tablet rather than charge for the accessory).

In terms of software, the Galaxy Tab S6 Lite offers up a fairly similar take on the formula to its predecessor. Unfortunately, things are set back here by one key omission: DeX support.

Where this feature was almost good enough to help bridge the gap in terms of capability between Samsung’s effort and Apple’s iPads, the Tab S6 Lite inevitably lacks by comparison. That sucks.

Android on Tablets just isn’t as effective at being a productivity or content creation platform as Apple’s iPadOS or the version of Windows found on the Surface Go. Though imperfect, the inclusion of DeX support in the original Tab S6 went a long way towards closing that gap in usability. It’s unfortunate that Samsung seems bent on keeping the software feature exclusive to their premium offering because, if the Tab S6 Lite did have DeX I’d be that much more inclined to recommend it.

Otherwise, the version of OneUI you’re getting here keeps the Galaxy Tab S6 Lite chirping along smoothly. The tablet version of the skin isn't nearly as considered as its mobile counterparts but, by the standards of Android skins, you could certainly do a lot worse.

It’s just a shame that the Exynos processor inside the Tab S6 Lite feels so under-powered.

Swapping between apps rapidly or multitasking is a slog and even opening the device feels much slower and less elegant than what you’ll get on one of the device’s iOS-branded counterparts.

The chart below shows how the Tab S6 Lite compared to the Tab S6 and Tab S4. From it, you can see that difference in performance reflected in the numbers it scored against the Tab S4 - which debuted back in 2018. PCMark aside, the gulf in performance between Samsung's affordable and flagship tablets is pretty stark to see.

The Galaxy Tab S6 Lite features a 7040mAh battery and while there’s plenty to work from there, it falls short of exceptional.

Run down with streaming video over YouTube, it took 10 hours and 14 minutes for the phone to run down from 100% to zero. That’s a fair few episodes of The Man in High Castle but not all that much longer than many smartphones playing in the same price-bracket.

As with the regular Tab S6, your success with the Tab S6 Lite really does depend on your expectations. If you’re uninterested in the iPadOS ecosystem, it’s a worthy alternative but it’s much better suited to content consumption than creation.