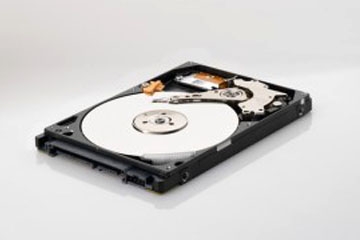 Seagate's Momentus XT hybrid drive delivers zippy performance that falls between a standard hard drive and an SSD, without much added cost.

Initial attempts at boosting magnetic hard-drive performance with a dose of flash memory fell flat; these so-called hybrid hard drives, released by Seagate and, in smaller quantity, by Samsung, didn't deliver on their promised speed gains. Now, nearly three years later, the concept of the hybrid drive gets new life, with the Seagate Momentus XT, the second generation of hybrid drive that mixes flash and hard disk. But does this drive deliver a measurable performance boost over its standard hard-disk cousins?

To answer that question, we ran the drive through a comprehensive round of tests in the PC World Labs. And we found that, unlike its predecessor, this drive actually does show significant performance improvements, improvements that put it ahead of standard hard drives, but still short of flash-based solid-state drives (SSD).

However, the hybrid drive gains an advantage by coming in at a lower cost and higher capacity than an SSD. Seagate's hybrid drive costs US$120 for 500GB, and $90 for 320GB--far less than a straight-up solid-state drive (currently about $750 for 256GB). Seagate is yet to reveal Australian pricing for the Momentus XT.

The Momentus XT is a 2.5-inch, 7200 rpm drive that fits into a standard 9.5mm z-height drive slot. The drive comes in 320GB and 500GB; each of these uses two disk platters to achieve its areal density. Also inside: 4GB of flash memory, up from the paltry 256MB integrated into the company's first attempt at a hybrid drive.

Another difference: Where Seagate's first hybrid hard drive required operating system support (which was lacking in full at the time it came out), the Momentus XT achieves its performance independently of the operating system, and of the motherboard, too, according to Seagate. The drive is designed to boost read performance, but it will also help write performance, too.

Improved specs and engineering can sound great on paper, but does the Momentus XT truly deliver? We tested the 500GB model against an SSD drive (the OCZ Summit Series 120GB), a 5400-rpm 2.5-inch drive (the Western Digital Scorpio Blue 750GB), and a 7200-rpm 2.5-inch drive (the Western Digital WD3220BEKT) to see how the hybrid drive compares. Before we began testing, Seagate warned us that, due to the architecture of the drive, we shouldn't expect to see the maximum benefits of flash integration on the first few test passes (typically, we run three timed passes for every test we perform). Instead, the Momentus XT would show its true performance colors, consistently, at between passes four through six. For that reason, we ran all four drives through seven passes on all of our tests.

Seagate has released an interesting video that shows how the Momentus XT performs in comparison to other hard drives and SSDs. We've embedded the video below:

Let's see how their results compare to ours.

In terms of raw performance, the SSD unsurprisingly led the pack: It had the fastest boot time and the fastest times on our file read and copy tests. In second came the Momentus XT: It fell somewhere between the SSD and the 7200-rpm drive.

For now, the Momentus XT is a lone duckling in a sea of options. But now that the drive has proven itself, it will be interesting to see if other drive makers decide to go the route of hybrid technology. If sheer performance is what you want, SSD remains king. But it also remains expensive, and limited in capacity (a 120GB drive such as the OCZ used in this comparison costs $400, while a 256GB SSD runs about $750).

But if you want a performance boost on a budget, and you value capacity too, this second-gen hybrid drive makes a good compromise. The Seagate Momentus XT won't give you nearly the same speed boost as an SSD, but it will definitely improve upon what you'd get with a standard 5400-rpm hard drive, and even a 7200-rpm drive, in some scenarios.