Virtua Tennis 4: World Tour Edition looks good and is tonnes of fun. It's a perfect fit for the PS Vita.

Virtua Tennis 4 on the PS Vita has led me on a journey of self-discovery and I found out more about myself than I had previously realised. That might sound a bit heavy when used to describe a video game – let alone one for a handheld – but hear me out.

Because until recently I thought sports games were a complete waste of time and not worth the effort. I had successfully avoided most, if not all, sports related games throughout my life. But what can I say? Being a proud new owner of a PS Vita made me more inclined to try new things.

As it turns out, I actually don’t mind sports games. In fact, this one was actually quite enjoyable.

Virtua Tennis 4 was originally released on the PlayStation 3, Xbox 360, Wii and PC. Since I never played the original version, my take of the game will purely be from the PS Vita perspective.

The premise of the game is simple: You can assume the role one of the famous tennis players from an amazing roster which includes Roger Federer and Rafael Nadal, create your own character with the customisable character models or you can super-impose your face onto one.

Gear such as clothing and rackets can be progressively unlocked during the game through achievements.

I went with the ‘use my own face’ option to make full use of the PS Vita’s camera which resulted in the abomination below. 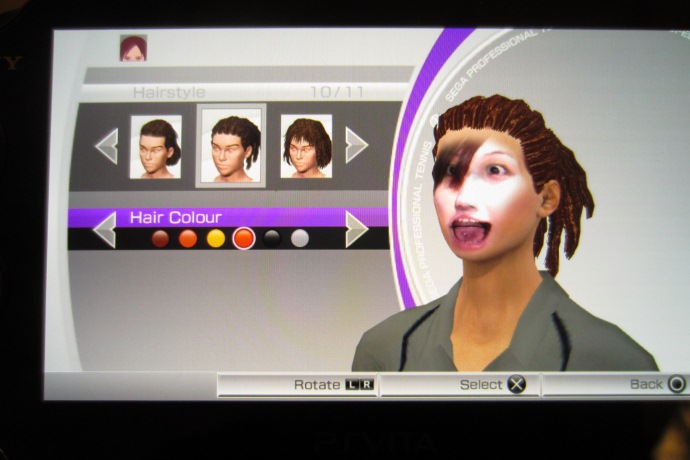 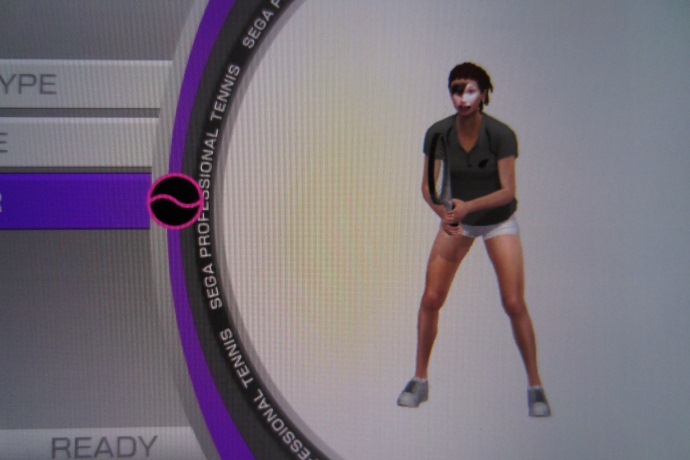 Not my best look.

Even though it doesn’t work very well, the novelty and comic factor of Virtua Tennis’ put-yourself-in-the-game component is very entertaining.

And the superb graphics well and truly make up for any camera shortcoming.

Sony’s claim the PS Vita offers PS3 comparable graphics wasn’t an empty brag. There were many times during my 12-hour gameplay that I forgot I was playing on a handheld. The game looks amazing on the PS Vita.

I wouldn’t say the graphics are life-like but the characters models do imitate the movements and actions of bona fide tennis players. My character fell to the floor after wins and performed victory fist pumps, much to my amusement.

I particularly liked the grunts my character made when she hits the ball hard though it’s not nearly as entertaining as Sharapova’s slaughtered pig squeals.

Virtua Tennis has simple to use controls making it easy for neophytes, like myself. It does try to make use of the PS Vita’s front and rear touch screen capabilities but I found them unnecessary as the game is very comfortable to play with just the standard button-joystick combo.

The four PS face buttons all perform different types of shots. You can hit the ball hard, soft, hit it high or perform a ‘Super Shot’… Okay, I’m sure there are more technical terms to describe the shots but I was pulled out of tennis class in fourth grade so cut me some slack.

Gameplay is, again, easy to grasp. World Tour mode employs a board game-like system where you use move tickets to travel around the world map which features tournaments, special events, accidents and, best of all, minigames.

Virtua Tennis 4 minigames are not only fun but helps new players get use to using their characters as well. There is a lot of variety (my favourite is guiding chickens to their mothers) and they’re always entertaining.

VT apps, however, is the real star of the show. These are PS Vita specific programs that take full advantage of the new features offered on the handheld. A personal favourite is the VT Cam which uses the rear camera to let you take photos with featured tennis players through augmented reality. 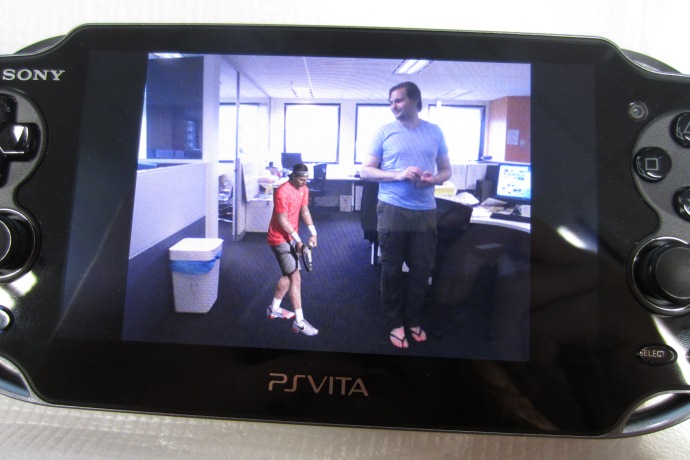 The default AIs in the game do leave something to be desired. At first I was tripping over myself on the court but after an hour with the game I was breezing through matches like I was Martina Hinges (pre-drug scandal).

Luckily, nothing brings you back down to Earth like a massive butt-kicking by other real-world players.

Virtua Tennis allows for online multiplayer through the PSN network.

The tragedy is that I live in an apartment with five other people all with a healthy appetite for bandwidth. There was no way I was going to have a smooth connection for online gaming.

Sure enough, the latency was unbearable and I had my butt handed to me by a random stranger – a fat lady in a leopard-print dress and a novelty-sized racket no less.

Despite such a mishaps, I’m still enjoying Virtua Tennis 4: World Tour on the PS Vita. Much to my surprise, it has made me less inclined to pass judgement on other sports games which, if you ask me, is a pretty impressive achievement.