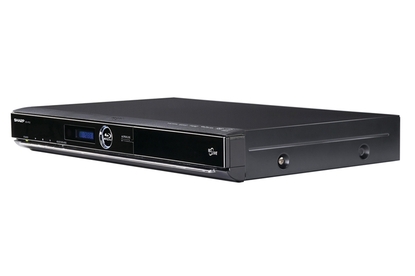 The Sharp Aquos BD-HP22X Blu-ray player is a reasonable option for watching Blu-ray movies. Unfortunately, it has been outclassed by several of its competitors; especially when it comes to inbuilt features.

The Sharp Aquos BD-HP22X is a bare-bones Blu-ray player that offers little in the way of extras. Indeed, its official Web page has to resort to "Full High-Definition 1080p" to pad out the features list (hate to break it to you guys, but all Blu-ray players are 1080p). It seems to be aimed at first-time buyers who want an affordable HD solution without any bells and whistles: YouTube streaming, wireless connectivity, DivX support and 7.1ch analog outputs are notable omissions.

If you just want to watch high-definition movies, the Sharp Aquos BD-HP22X isn’t a bad Blu-ray player by any means. It produces great picture quality and is quite user-friendly to boot. That said, there are several cheaper options on the market that do an equally good job. Some of them even come with fancy features that the Aquos BD-HP22X lacks. Furthermore, it’s one of the slowest loaders of Blu-ray movies we’ve seen.

The first thing that stands out about the Sharp Aquos BD-HP22X Blu-ray player is the design. In a presumed attempt to bring some class to proceedings, Sharp has added a fancy disc-shaped logo that lights up like a proverbial Christmas tree. Personally, we think this only adds to the player’s budget leanings, but it's still not a bad looking device for the asking price.

With its slim body and piano black finish, the Sharp Aquos BD-HP22X will look at home in any home theatre setup (assuming your home theatre setup isn’t fluro purple). While we found the loading tray to be a bit flimsy, the build quality is impressive overall.

At the back of the device you will find the usual suite of connections — HDMI, composite video and component (YRB) outputs are all present, along with optical digital audio. USB and Ethernet ports are also included for BD-Live downloads and firmware updates.

Unfortunately, the included USB port can only be used for BD-Live content: MP3s, JPEGs, etc., are not supported. This is a real letdown: especially considering that cheaper players, such as the Kogan Blu-ray Player Full HD 1080P, can play media files without a hitch.

As mentioned, the Sharp Aquos BD-Hp22X lacks 7.1 channel analog outputs, which means you can’t connect it to older AV receivers. On the plus side, advanced audio formats such as Dolby Digital Plus, Dolby TrueHD, DTS-HD High Resolution and DTS-HD Master Audio are all supported and are internally decoded by the player.

The Sharp Aquos BD-HP22X performs its primary function well: it will play BD movies proficiently and without any hiccups. To test the device, we connected it over HDMI to a Pioneer KURO PDP-C509A plasma TV and watched the Blu-ray edition of Terminator: Salvation. The killer-bike chase sequence was a good showcase of the player’s abilities, with pristine, ghost-free images — the individual bits of debris flying past the screen were rendered with plenty of detail.

If you own a Sharp HD TV, you might also want to check out the AQUOS Pure Mode. This purportedly optimises picture output for Sharp televisions, producing a ‘dot-by-dot’ mode with no overscan. (We didn’t have a Sharp TV in the Test Centre, so we were unable to test this feature.)

The Sharp Aquos BD-HP22X took one minute and 48 seconds to load our Terminator: Salvation Blu-ray disc. This is, frankly, a bit ridiculous. By contrast, the Samsung BD-P1600 took just 44 seconds to load the same disc. Shutting the device down took over 30 seconds, which is also pretty sluggish. (Thankfully, a Quick Startup mode is offered when the device is on standby.)