The Sony A33 represents good value for anyone who wants a great camera for both stills and Full HD video. It's easy to operate, produces good image quality and it's reasonably swift, too. We don't like the 18-55mm kit lens much though as it feels cheap and it has slight chromatic aberration and distortion issues.

Sony's Alpha A33 (SLT-A33L) is a new type of interchangeable lens camera — not a digital SLR — that aims to give you better overall focusing performance than traditional interchangeable lens cameras. It has a 14.2-megapixel APS-C sized CMOS sensor and it can accept Sony's A-mount lenses as well as Minolta and Konica Minolta AF lenses. It's small, reasonably easy to use, and it can take crisp and vibrant photos.

The A33 looks just like a little digital SLR, and it almost sounds like one when it snaps a picture. But instead of relying on a moving mirror and an optical viewfinder, it has a stationary translucent mirror that lets light pass straight through to the image sensor while at the same time reflecting a portion of the light up into the camera's autofocus sensor. This type of camera is called a single lens translucent (SLT) camera.

The SLT design allows focusing to be conducted through the lens, based on how far away the object is, rather than by measuring the contrast of an object, which is the method that most interchangeable lens cameras currently use. The benefit of this through the lens (TTL) focusing method is that images can be brought into focus faster than they could be with contrast detection. The TTL focusing works with the electronic viewfinder (EVF), as well as the 3in LCD screen in LiveView mode. This means that you can use either option to frame your photos and still benefit from the same type of focusing performance. The camera automatically switches off the LCD screen when it senses that you are using the EVF, and there is also a button so that you can switch off the screen whenever you want to conserve the battery.

It's in the video arena where the increased focusing performance becomes beneficial, as the camera can automatically — and very quickly — focus as your subjects move around, or as you pan the camera and move closer to subjects. However, you won't want to move the camera around too much: as is the case with most digital still cameras that take video, the A33 doesn't handle fast motion too well and videos can end up looking a little too jittery.

The autofocus doesn't always hit the right mark, and depending on how much you've moved the camera, it can spend a lot of time refocusing; it's most effective when you want to change angles every now and then during your shoot (such as if you want to get close-up shots). In quiet scenes, you will be able to hear the autofocus motor, but there is a port so you can plug in an external microphone. If you want to shoot videos with creative depth-of-field effects, then you are still better off using manual focus.

Alpha A33: Image quality and performance

Apart from quite good HD video performance, the Alpha A33 basically does what every other interchangeable lens camera on the market does; that is to say, it focuses on the subject of your choice, calculates the correct exposure and takes a darn good picture. It feels more like a digital SLR than other interchangeable lens cameras we've seen, but it's not a large camera — although its size can blow out if you attach a big lens to it. The controls are logically laid out and feel good to use; there is a dedicated rotation control in front of the shutter button for the exposure. When in manual or semi-automatic modes, you can use the rotational control to dial in the aperture or shutter value you require. There is also a dedicated button for recording video, but no actual video mode setting on the mode dial.

Our test shots from the Alpha A33 looked clear and vibrant, but there was a little too much colour in the images by default. We used the Sony 3.5-5.6/18-55 SAM zoom lens for our tests, which is an 18-55mm lens with a maximum aperture of f/3.5. It's not a great lens in terms of build quality, and it should only be considered a 'starter' lens. It suffered from a little chromatic aberration in our tests, and there was also some noticeable lens barrel distortion. On the plus side, it provided a reasonably shallow depth of field in our close-up shots when we used the widest aperture. 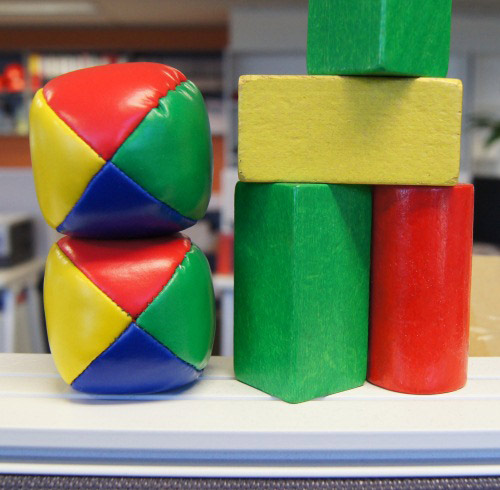 You can see that the A33 captures very vibrant colours. You can also see some lens barrel distortion at the bottom of the image.

Low-light performance was very good in our tests, and this is an aspect that we've been pleased with in other recent Sony digital cameras — even the little Cyber-Shot DSC-WX5. You can shoot up to ISO 1600 without your images getting hampered by too much noise and discolouration. 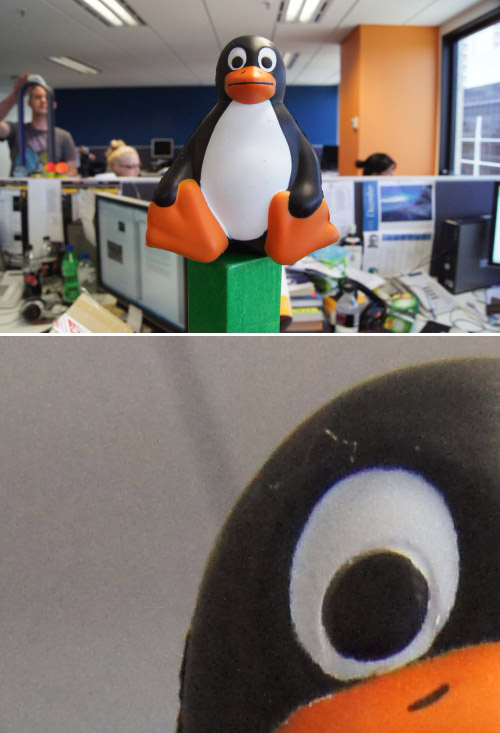 The A33 in general shooting conditions is fast — it's a very responsive camera. However, its high quality burst mode isn't great. In our tests, it could rattle off up to five frames per second, but it could only do it for just over three seconds. After that point the camera took time to write the images to the memory card and subsequent shots were captured at a rate of just over one per second. The burst performance was identical when using either a Sony Memory Stick Pro DUO (Mark 2) card, or a Lexar Platinum II 60x SD card — the A33 supports both MS Pro DUO and SD.

Our overall impression of the Sony Alpha A33 (SLTA33L) is that it's a very capable hybrid camera for users who want excellent still image quality as well as a useful Full HD movie mode. Its smallish size means you can take it with you on holidays without it taking up too much space in your backpack, but you'll want to get a better lens than the 18-55mm that ships with it. It costs around the same price as the Olympus PEN EP-2 interchangeable lens camera and Panasonic's LUMIX DMC-G2, so it's pretty good value, especially considering it comes with a built-in flash, a hot-shoe and a built-in EVF.