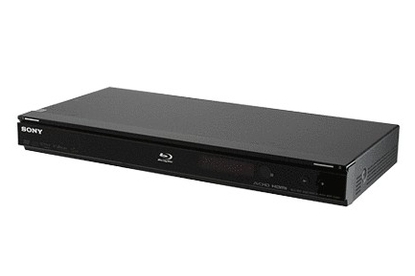 The Sony BDP-S360 is an entry-level Blu-ray player that covers most of the basics well. It boasts excellent picture quality, good DVD upscaling and a very user-friendly interface. Profile 2.0 is naturally supported, along with Dolby TrueHD and DTS-HD Master Audio. However, a lack of extra features and a handful of minor design glitches have brought down the overall quality of the product. It’s certainly not a bad Blu-ray player — but most of its competitors are every bit as good (some are also cheaper).

In terms of design, the BDP-S360 looks like a slightly thinner version of Sony's mid-range BDP-S560 Blu-ray player. In addition to looking nearly identical, both models sport most of the same ports and components. In fact, the only significant difference is the Sony BDP-S360's lack of in-built Wi-Fi (while the BDP-S560 allows you to connect wirelessly to the Internet, the BDP-S360 requires the use of an Ethernet cable for BD Live downloads).

The advantage offered by wireless connectivity is obvious — it means you don’t have to run unwieldy cables through your house from point A to point B. However, with no online support for Picassa or YouTube, it's unlikely you'll want to connect the device to the Internet much anyway. (The Panasonic DMP-BD80 is a much better choice for Web 2.0 fans)

With its distinct lack of bells and whistles, the BDP-S360 has to rely on image quality to reel punters in. Thankfully, this is one area that the Blu-ray player excels. To test the Sony BDP-S360's video performance, we connected it to a Pioneer KURO PDP-C509A plasma TV via HDMI and watched the Blu-ray edition of Terminator: Salvation.

While it failed to match the standards set by Sony’s top-of-the-range BDP-S750 Blu-ray player, the BDP-S360 still compared favourably to its entry-level rivals. The video output from budget-level players can often suffer from jagged edges (a.k.a. jaggies), but with the BDP-S360 we experienced no such problems. Images remained crisp and vibrant throughout testing, with the speckles of sweat, dirt and blood on Christian Bale's face standing out clearly.

The Sony BDP-S360 also did a great job of upconverting DVDs — an important consideration if you have a large library of standard-definition movies. Our stock test — the ‘lobby scene’ from The Matrix — looked as good as we've ever seen it, with individual pieces of debris popped with colour and clarity. We reckon an untrained eye would be hard-pressed telling the difference between this and a Blu-ray movie.

The Sony BDP-S360 also benefits from a speedy and user-friendly interface. Fans of the PSP will be instantly familiar with the media crossbar, which makes menu navigation a breeze. If you’re the type of user who likes to regularly tweak settings, then this is going to be a huge boon. The supplied remote is similarly responsive, although it does lack an eject button, which is a bit of a pain. (That said, you'll have to get out of your seat to swap the disc over anyway.)

In addition to lacking built-in Wi-Fi, the Sony BDP-S360 is also missing S-Video, and comes with a single rear-mounted USB port (the BDP-S560 provides a second USB port in the front). Otherwise, the BDP-S360 provides the same exact functionality as its bigger brother. Now normally, we'd tell you that the difference in price offsets the omitted features. However, the BDP-S360 is just $20 less expensive than the BDP-S560. Even if you don't plan to use Wi-Fi in the foreseeable future, we're talking about a mere twenty bucks here.

Frankly, the S560's second USB port is worth the extra dosh alone. In short: get the Sony BDP-S560 instead.