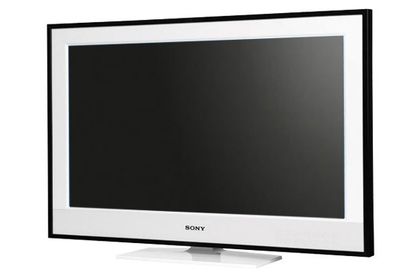 If you’re looking for a Sony television that offers decent picture quality and a great-looking frame, the KDL40E4500 is a good option. It may not be as brilliant as its Samsung counterparts but we prefer the design and user interface.

The Sony Bravia KDL40E4500 is a mid-range LCD television that offers good picture quality rather than great, but the overall package is worth the money.

The majority of the TV's ports are on the rear of the panel, but it has side-mounted HDMI, composite and USB ports. The rear plate houses two HDMI and component connectors, as well as composite, VGA and audio ports and an Ethernet connection. It’s nice to see network connectivity in a television that only costs $2500.

Sony’s MotionFlow 100Hz mode makes an appearance, although we noticed that the television’s video processing engine is the older Bravia Engine 2 rather than the Bravia Engine 3 found on every other model in the line-up. Given that cheaper models possess the newer technology, we expect to see the next incarnation of the KDL40E4500 getting a boost to its image processing technology.

The use of the older processing engine is evident when MotionFlow is switched off. Fast motion in televised sports and wildlife documentaries sometimes caused a small amount of artefacting and jitteriness. While this isn’t noticeable most of the time, its occasional appearance detracts from the overall quality of the picture.

Picture quality is otherwise good. A native contrast ratio of 3000:1 isn’t anything exceptional, but the television offers a rich enough range of colour and contrast to faithfully display scenes in our Blu-ray test movies. Black levels are nowhere near as true or as inky as any recent plasma or LED-backlit television that we’ve tested, tending towards slightly grey when super-dark video is displayed. The television’s horizontal viewing angle was a disappointment; it washes out earlier than we would like. This means the TV's swivelling stand is important: you’ll need to use it often to ensure you’re sitting directly in front of the image.

Sony’s XMB interface is implemented here in much the same way as other models. We’re of the opinion that it’s the best interface on the market at the moment — it’s simple, clean and offers easy access to a wide range of multimedia features. A Picture Frame mode suits the television’s bezel well, and network media streaming worked as expected, with limited support for music, video and picture file formats. We still think a dedicated solution like a media centre is a better option, but for occasional use the in-built media streaming does a capable job.

The Sony Bravia KDL40E4500 is a competent television in terms of picture quality, design and extra features. It’s not exceptional in any field, but it performs well for its price.