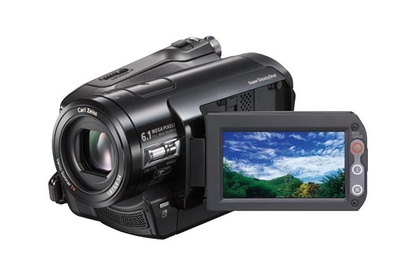 If you prefer the familiarity and reliability of HDV tape, the Sony HDR-HC9 is one of the best (and only) options on the market. Sticklers for value may want to check out Canon’s HV30 though — it’s every bit as good, yet cheaper.

The tape-based HDV camcorder is an increasingly rare beast. Despite delivering arguably the best image quality of any video format, it has been all but replaced in the consumer market by the convenience of AVCHD. Consequently, the Sony HDR-HC9 may well be the company’s final foray into high-definition Mini DV. If so, then it’s a worthy last hurrah that impressed us on almost every level. While it would have been nice to see some tangible improvements over the model it replaces (the near-identical HDR-HC7), it remains one of the best tape-based camcorders that money can buy. Only Canon’s fellow HDV model — the HV30 — can hope to match its performance.

The HDR-HC9 is a minor upgrade of the HDR-HC7E. Both models share the same imaging specifications, including a Carl Zeiss 10x optical zoom lens, a 1/2.9in ClearVid CMOS sensor and an effective pixel count of 2280k. Unfortunately, this means that the HDR-HC9 misses out on Sony’s latest generation of Exmor sensors (as seen in recent handycams such as the HDR-CX12 and HDR-FX1000). Instead you’re saddled with old technology, but that’s no reason to fret — despite its age, the HDR-HC7 still takes some of the best video around (which makes its cookie-cutter cousin just as impressive).

So what’s changed exactly? The most notable improvements to the HDR-HC9 are largely superficial, including a classy black repaint and a removable lens hood. The shape has also been extensively redesigned: it’s now significantly sleeker and feels more ergonomic in the hand. Other new additions include a colour-coded focus peaking indicator, a combined Spot Meter/Spot Focus function and a professional-style centre marker to help with framing. While it’s unlikely that the average user will find these tools essential, they remain quite useful for the occasional ‘hands-on’ task. (The Peaking tool is particularly handy, especially if your eyesight’s a bit wonky.)

With its identical pixel count and sensor technology, the HDR-HC9’s video performance was indistinguishable from its HC7 predecessor. Delivering high-definition video at 1080i resolution, we naturally found images to be incredibly clear and well defined. Even in lowlight or dark environments, our test-footage remained relatively crisp, though it failed to match the standards set by Canon’s competing HDV unit, the HV30. Nevertheless, nocturnal shooters should certainly have no qualms with the HC9’s output, particularly when Sony’s celebrated Nightshot mode is brought into play.

Despite some slight over-saturation, we were equally impressed with the camera’s colour reproduction: it strikes a nice balance between accuracy and vibrancy. Compared to most AVCHD camcorders, the difference is quite noticeable. Despite the lack of improvements, there’s not much to complain about as far as image quality goes (we guess the old adage ‘why change a good thing?’ applies). Like most HDV cams, the HDR-HC9 offers a standard-definition recording mode using regular Mini DV tapes. If you’re still using an old school CRT television and DVD player, this is a good option to have.

As we have come to expect from Sony, the HDR-HC9 is packed to the gills with advanced modes and features. White balance, ISO, shutter speed and focus are all manually adjustable, as are image sharpness and saturation. With the exception of gain, pretty much every camera setting can be adjusted or tweaked. Pleasingly, the automatic settings also performed well during out testing, with the novice-friendly Easy button providing idiot-proof recording. While we’re on the subject of novice-friendly functions, special mention must also go to the camera’s excellent optical image stabiliser. We found this did a great job compensating for blurry images and camera shake (otherwise known as the bane of inexperienced users).

Like pretty much every other camcorder on the market, the Sony HDR-HC9 has a still image mode — though thankfully the photos aren’t stored on tape. Instead, a Memory Stick slot is used. The HDR-HC9 is capable of capturing images at a maximum resolution of 6.1 megapixels (or 4.6Mp during video recording). This puts it on par with many digital still cameras (albeit from a few years ago) and should provide enough resolution for Internet uploads and regular-sized prints. Despite being a peripheral feature, it's nevertheless a great addition which really helps to flesh out the unit's functionality and justify its somewhat high price tag.

Alongside the usual array of ports and connections, the HDR-HC9 also comes with a microphone and headphone jack. If you’re in any way serious about video this is an essential addition that will ensure your audio quality matches the high-def visuals — provided you splurge out on an appropriately flashy microphone.