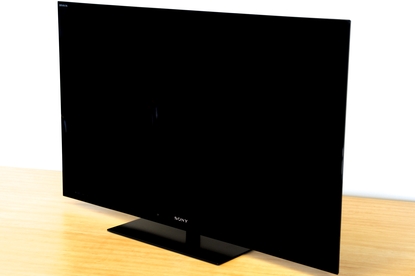 Sony’s high-end HX820 BRAVIA LCD TV uses a great LCD panel and can look excellent after adjusting the picture to suit the room it’s in. Some of its Web features fall flat, like the Web browser -- which isn’t as easy to use as Samsung’s -- but the built-in video-on-demand services are diverse and offer plenty of content.

The Sony BRAVIA KDL-46HX820 is an upgrade from last year’s HX800, which won our Editor’s Choice award for its combination of excellent picture quality and useful BRAVIA Internet Video service. The HX820 expands on the HX800’s setup with a new design, some new Web features and improvements to picture quality. However, the competition from LG and Samsung is stronger in 2011, and we think that while the Sony BRAVIA KDL-46HX820 still excels in some areas, other brands can offer equal or better features.

The Sony BRAVIA KDL-46HX820 looks more attractive than last year’s model thanks to a seamless fascia, using a single sheet of glass along the front panel with no bulky bezel. It’s very reflective glass, which means you’ll need to make sure to position the TV where no direct light sources are hitting it — otherwise you’ll be distracted by reflections and will have to turn the screen brightness up to compensate. It’s an annoying inclusion that limits the locations the HX820 can be placed in a house.

The Sony BRAVIA HX820 has inbuilt Wi-Fi, which meant we didn’t need to run an Ethernet cable to it to enable Internet features. Another feature that’s now integrated is the HX820’s 3D transmitter — in last year’s HX800 the 3D transmitter and glasses had to be purchased separately, driving up the cost for anyone who wanted to watch a couple of 3D movies. Two pairs of 3D glasses are included with the Sony BRAVIA KDL-46HX820.

If you’re planning to use an older video input like component or composite with the Sony BRAVIA KDL-46HX820, note that the TV uses a break-out box to hold some of these connectors. If you’re wall-mounting the TV, the break-out box is another piece of cable you’ll need to hide. All the other connectors you’d expect like HDMI, Ethernet and USB are built into the side and base of the HX820’s rear panel.

We hooked the BRAVIA KDL-46HX820 up to a Sony BDP-S380 Blu-ray player, a TiVo HD PVR, and a Apple MacBook Pro notebook to test picture quality from a range of input sources.

The BRAVIA KDL-46HX820 uses a dynamic LED back-light arranged around the TV’s edge, but it's not the Intelligent Peak LED of the HX925. Nonetheless the Sony BRAVIA HX820 is able to achieve very deep black levels, soundly beating the Samsung Series 8 plasma when it came to overall blacks. Our Terminator: Salvation and The Dark Knight test Blu-ray discs looked cinematic and delivered rich blacks.

Once you’ve adjusted the Sony BRAVIA HX820 to the room it’s in, it is well-suited to watching movies or any other video. The HX820’s picture processing is of a very high standard and makes high quality video like Full HD Blu-ray video look clean, extremely detailed and almost perfectly vibrant. The screen does take a fair amount of adjustment, though — the default Vivid mode blows out highlights and over-saturates colours. We opted for the Cinema preset but further lowered saturation and brightness, as well as turning off various picture enhancements like the Clear White setting. You also have to sit right in front of the TV to get the best picture — colours wash out and blacks brighten as you move towards the HX820’s sides.

3D video is leaps and bounds ahead of Sony’s efforts from last year. Cross-talk is almost non-existant with good 3D content — we used Cloudy With A Chance Of Meatballs and a few 3D ocean documentaries. The 3D effect is generally realistic and does offer a noticeable amount of extra depth. The 3D effect does become less prevalent as you move to the sides of the screen. We found it best on proper 3D content, but Sony has also included a 2D-to-3D mode on the BRAVIA KDL-46HX820.

The Sony BRAVIA HX820 handles on-screen motion well for the most part, although 24p Blu-ray video can occasionally look slightly jerky depending on the video being played. We opted to keep the TV’s MotionFlow setting on Smooth for TV and streaming video, but Blu-ray movies looked better with it disabled.

All of the features from 2010’s BRAVIA HX800 are still in the Sony BRAVIA KDL-46HX820 — iView is a perennial favourite. These BRAVIA Internet Video services are of a high standard and the BRAVIA HX820 generally makes them look great, so their inclusion broadens the amount of content available to any TV watcher.

Some new features have been included, like a Web browser, as well as Facebook and Twitter access. However, we didn’t like them too much — controlling the Web browser is a difficult exercise with the keypad of the Sony remote control, and logging into Facebook and Twitter becomes a slight hassle. Both Samsung and LG have strong browsing features built into their TVs, and Sony’s effort pales in comparison. LG’s remote control is a Wii-like pointer, and Samsung’s premium TVs come with a full QWERTY keyboard on the back of the remote.

The Sony BRAVIA HX820 is a high quality television when considered on its own merits — it’s got an excellent picture and a wide range of extra features built in. While the video-on-demand services are great, with the only thing missing a direct movie streaming option, other Web features are mediocre. There’s no app interface for users to choose their own content, and the Web browser is eclipsed by Samsung’s (which makes use of a QWERTY keyboard remote) and LG’s (which uses a ‘magic motion’ pointer).

While the Sony BRAVIA HX820 has some strong competition that should also be considered, we do have to applaud Sony for positioning its 2011 TVs at a reasonable price — the BRAVIA HX820 is a full $700 cheaper than the Samsung Series 8 LED that it competes with. The HX820 has great picture quality due to excellent video processing and reasonable Web features.