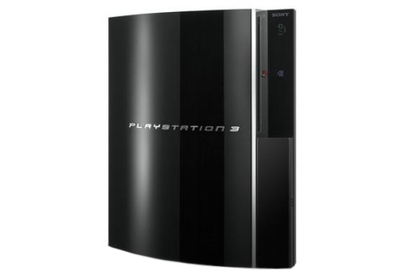 While it will take a swipe at your bank balance, Sony's Playstation 3 is definitely a powerful machine. Offering incredible graphics and the added bonus of a Blu-Ray drive, it is a great console to complete your high definition lounge room setup.

As the long wait for the much-anticipated PlayStation 3 game console dragged on, gamers started to joke that Sony stood for Soon, Only Not Yet.

The next-generation console finally went on sale in the US on November 17, although there probably won't be a large enough supply to meet the demand. Having spent in-depth, quality time with a AUD$999 shipping version of the PS3, I can tell you this: The system's impressive weaponry makes the wait worthwhile.

We'll describe my experiences with the PlayStation 3 over the past week in great detail, but you may also be interested in PC World's comparison review of the PlayStation 3 versus the competing Nintendo Wii, which went on sale in the US on Sunday.

Before I drill down to the PS3's various features, I should mention the technology that has gone into the console. It may not entirely justify the controversial pricing, but it does explain the graphical appeal, not to mention the vastly improved physics and environmental (including lighting) effects.

Weighing about 11 pounds and measuring 12.8 inches wide by 3.86 inches high by 10.89 inches long, the PS3 is certainly larger than the original PS2, the diminutive Wii, or the Xbox 360. Like those consoles, it can be oriented vertically or horizontally. Either way, the PS3's striking design looks right at home in the living room (admittedly, however, its polished top surface is prone to finger marks). The PS3 runs more quietly than the Xbox 360 but is a bit louder than the almost silent Wii. Though the unit itself doesn't get too toasty, the air around it tends to feel warm after a few hours of continuous play.

The PlayStation 3 comes in two versions. The AUD$999 model (which I tested) has a 60GB hard disk; built-in 802.11b/g wireless networking; and MemoryStick, SD, and CompactFlash slots. The AUD$829 unit omits Wi-Fi capability and the media card slots, and has a 20GB drive. You can replace the hard drive on either version, and the supplied manual explains how to swap in your own 2.5-inch, serial ATA drive. Our sibling publication GamePro has posted scans of these instructions.

At the heart of the PlayStation 3 lies a CPU that'll impress even the most hardcore PC gamer. This powerful, multicore Cell processor, jointly developed by Sony, Toshiba, and IBM, runs at 3.2 GHz. An RSX Reality Synthesizer graphics engine, based on NVidia's G70 architecture, delivers the graphics. Working alongside these chips are 256MB of high-performance XDR main memory (based on Rambus RDRAM) and 256MB of GDDR3 video memory.