Racing with a touch of European class. 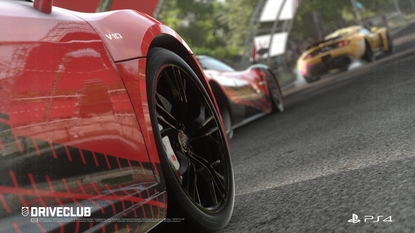 Driveclub is not as revolutionary as MotorStorm, but it should provide enough high speed thrills to keep any auto enthusiast happy.

MotorStorm was one of the more memorable games to come out for the launch of the PlayStation 3. The frantic off-road action and high definition graphics were cutting edge at the time, helping to show off the console’s potential. On the PlayStation 4, Evolution Studios is hoping to impress again with its new racing property, Driveclub.

Taking it to the tarmac

Driveclub trades in the off-road setting of MotorStorm for roads and circuits. Buggies and trucks have also been swapped for high performance sedans and racing coupes. The concept is not as distinctive as the one in MotorStorm, though Evolution Studios attempts to put its own unique spin on it.

Racing takes place over predefined circuits and point-to-point courses set on fictional locations around the world. The 50 available cars are based on real-life vehicles. The vehicle handling is more arcade in feel than simulator, so the game is not as unforgiving on corners as Gran Turismo.

The graphics are suitably next generation, and a lot of effort has been made into replicating the look of the vehicles. This is the most apparent when playing from the first person perspective inside the vehicle. The vehicle dashboards have been fully recreated, and the windscreen accurately reflects sunlight and simulates weather effects during a race.

Driveclub’s vehicle selection is comprised exclusively of European vehicles. This is a different approach from other racing titles that typically pick and choose cars from various countries. The selection spans from Mercedes and BMW sports cars all the way to McLaren and Pagani hyper racers, each one handling differently on-road regardless of the arcade-style gameplay.

Initially, the European focus of the vehicle selection gives Driveclub a unique feel that sets it apart from other racing games. This is particularly true when you get behind the driver seat of lesser-known models often overlooked in other games. However, the limited scope of the car line-up results in a somewhat similar driving experience over time.

The game can also get a bit difficult at times due to an aggressive AI that passes you when you least expect it. The arcade-style handling works fine during normal races, but it can be cumbersome in pulling off drifts on corners. Mild counter-steering is enough to correct a vehicle’s course, which can lead to a loss of momentum mid-corner.

Driveclub is an enjoyable racing title that also helps to showcase the PlayStation 4’s technical capabilities. The Euro-centric approach to the game is initially its biggest strength, but over time it becomes a flaw. If you can look beyond the game’s limited scope, there’s still a lot of fun to had, particularly once you take it online and face off with real-life racers.