The Sony PSP Go sports the design the portable PlayStation should've had the first time around. 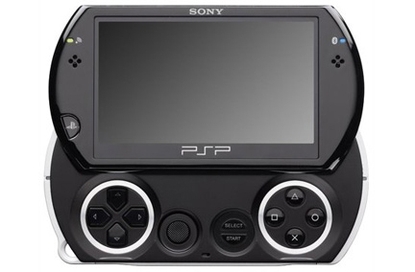 It's way too early to make a definitive judgement on the Sony PSP Go, but from our early hands-on experience, we can't wait to find out more.

In essence the Sony PSP Go is a Mylo with the keyboard ripped out and replaced by game controls. Indeed, we wouldn't be too surprised if Sony used most of the scrapped cases from that funky, defunct device. But we digress. After spending some time with the Sony PSP Go, it felt great in-hand.

Whipping through turns at 60 frames per second in Gran Turismo (new for the PSP), the Sony PSP Go's screen was able to keep pace with the action. In fact, Gran Turismo looked fairly pristine. (We wish we could say the same for our driving.)

The Sony PSP Go has only one analogue nub, and we like the fact that it's a little more recessed to prevent accidentally knocking against it mid-game.

Little Big Planet was an equally slick-looking title on the Sony PSP Go, fully carrying over the look and feel of the console original.

Even though the Sony PSP Go has got a 16GB HDD, it didn't feel like too meaty in the hand. The sliding mechanism felt firm and when shut it'll obviously make for a better video-viewer on your next flight.

The Sony PSP Go will be priced at $US249 (around $300 Australian), in October when they are due to be released in the states, Europe and Asian markets.