Sony Tablet P review: Are two screens better than one when it comes to an Android tablet? Sony deserves credit for trying something different in a market full of devices that offer minimal distinguishing features. However, its Tablet P doesn't succeed due to an inconsistent user experience, mediocre battery life and a design that makes it uncomfortable to hold and use. This one is sadly best avoided.

The problem with the dual screens is that most third party apps simply haven't been designed for such hardware. Some apps use a single screen only, while other start in one screen and end up displaying on the other for no apparent reason. Sony's solution when an app isn't compatible with the dual-screens is a zoom button that gives users the option of using a single screen or attempting to stretch the app across both screens. It sometimes works and other times doesn't, depending on the app you are using. Some apps rotate using the built-in accelerometer, others don't. Some apps fill a whole single screen while others leave thick black borders around the screen. What you are left with is a completely inconsistent user experience.

The hinged design of the Tablet P does make it easy to type on, acting somewhat like a mini laptop. Four tiny feet on the bottom means the Tablet P sits firmly on a desk or table. The on-screen keyboard is spacious and easy to type on, though inconsistency also rears its ugly head here too: in some apps, a row of numbers appears on the top row of the keyboard, while in others you need to tap a button to show these numbers. 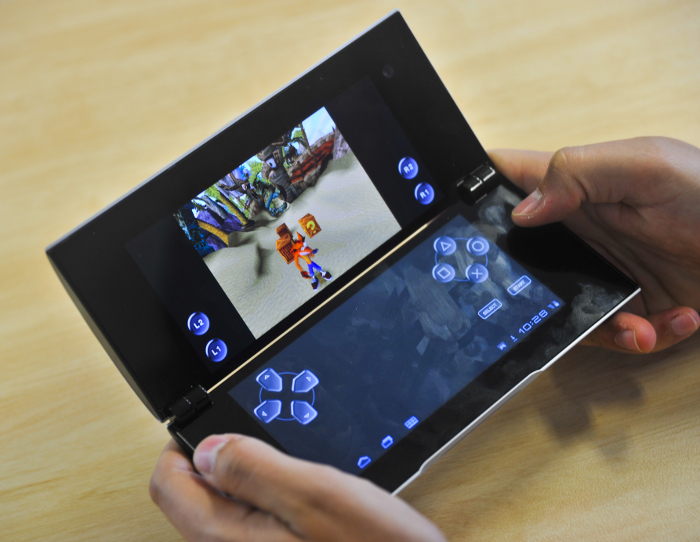 The Sony Tablet P may runs the outdated 3.2 "Honeycomb" version of Google's Android platform (Sony ensures us it will be updated to the latest 4.0 "Ice Cream Sandwich" version of Android in the coming months) but the good news is that performance is fast and relatively smooth. Like the Tablet S, Sony has made plenty of changes to the standard Android user interface. On the home screen you'll find a favourites button next to the apps menu, and there are four shortcuts placed next to the voice actions icon: the Browser, e-mail, Sony's social feed reader, and video gallery can quickly be accessed from here. You can also long press on the home screen to bring up a selection of apps, widgets, wallpapers and shortcuts to customise your home screens, and separate the app drawer into customisable groups if you wish. 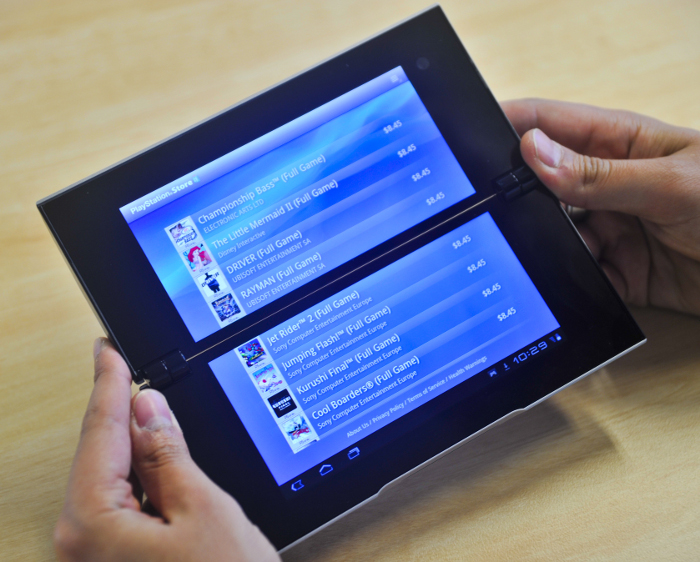 Sony bundles the Tablet P with its music streaming service, Music Unlimited, and its video streaming services, Video Unlimited and Crackle. Music Unlimited ($12.99 per month) allows subscribers full access to the catalogue, which currently boasts over 10 million licensed songs from major record labels including Universal Music Group, Sony Music Entertainment, Warner Music Group and EMI Music. Video Unlimited is is priced on a per program basis, with most movies costing around $24.99 to buy and $5.99 to "rent" for 48 hours after first playback. Crackle is a free service which streams a limited range of movies and TV shows filled with ads.

The Sony Tablet P is also PlayStation certified, which means it plays first generation PlayStation games. The experience is fairly intuitive with on-screen PlayStation buttons displayed on the lower screen and the game running on the top one. Crash Bandicoot comes pre-loaded on the device, but more games can be downloaded from the PlayStation Store app for a hefty $8.45 each. The list remains thin and overpriced, with Driver, Destruction Derby and Rayman the most notable titles on offer.

We've never understood the appeal of a rear camera on a tablet, but the Sony Tablet P's pocket size means that it may be more relevant. Sadly the 5-megapixel rear camera is poor. It produces shots with mediocre colour reproduction, heavy image noise and poor exposure. The front-facing 1.3-megapixel camera is fine for basic video apps, but the quality of photos is predictably lacklustre. 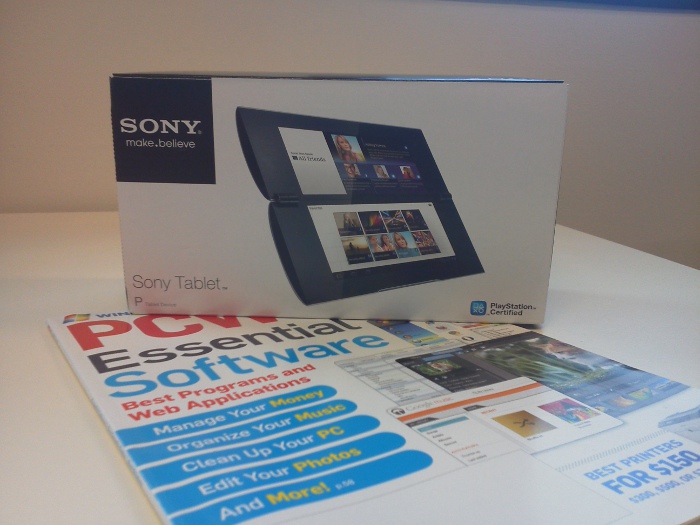 Sony says the Tablet P's battery will last for seven hours, but we only managed less than five in our video rundown test. Considering the size of this unit, its battery life is comparatively poor compared to most other tablets and is likely to run out of juice before a full day. Further, it doesn't charge via its standard micro-USB connector, instead using a chunky, proprietary Sony charger.

Even more disappointing than the Sony Tablet P's inconsistent user experience is its price. It retails for a hefty $729 through Sony Centre stores nation-wide and through Sony's Web site. That's an incredibly high price to pay for a device that will be quickly forgotten.