Sony has put a lot of work into the Tablet S and it definitely shows: its the most comfortable Android tablet to hold and use. It also bundles some exclusive, nifty apps that you won't find on any other tablet. We wish the screen was brighter, build quality better and software slicker, but the Tablet S remains a pretty good device on the whole.

Sony also bundles the Tablet S with its music streaming service, Music Unlimited, and its video streaming services, Video Unlimited and Crackle. Music Unlimited ($12.99 per month) allows subscribers full access to the catalogue, which currently boasts over seven million licensed songs from major record labels including Universal Music Group, Sony Music Entertainment, Warner Music Group and EMI Music. Video Unlimited is is priced on a per program basis, with most movies costing around $24.99 to buy and $5.99 to "rent" for 48 hours after first playback. Crackle is a free service which streams a limited range of movies and TV shows filled with ads.

The Sony Tablet S is also PlayStation certified, which means it plays first generation PlayStation games. Crash Bandicoot and Pinball Heroes come pre-loaded on the device, but more games can be downloaded from the PlayStation Store app for $8.45 each. The list is thin at the time of writing with Destruction Derby and Twisted Metal the most notable titles on offer. The biggest hindrance of all these services is the fact they are all separate. Even though they use the same log-in details, Sony needs to work out a way to combine these services into a single app to make it easier and more effective to use. We appreciate the fact that the company is trying to build a content and services ecosystem, but it needs to be more intutive to use. 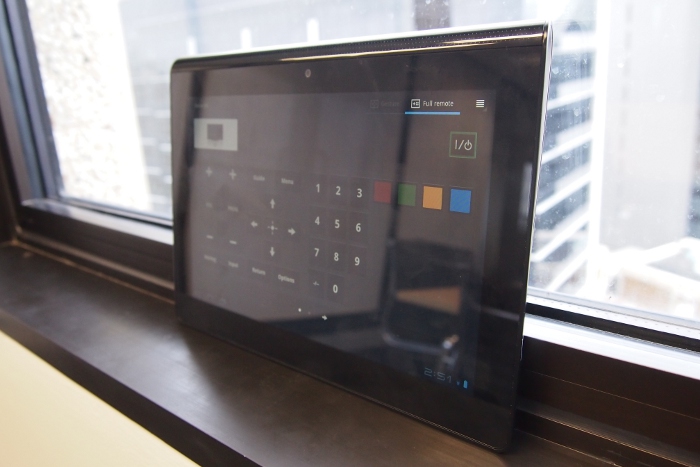 The Sony Tablet S performs reasonably well, but its not as slick or smooth as an iPad 2. That being said, it supports Flash Web browsing (unlike the iPad), has a built-in GPS receiver, connects to a wireless Internet connection through Wi-Fi and has a standard micro-USB port and an SD card slot, so its a far more flexible device than the iPad. Sony annoyingly ships the Tablet S with a Memory Stick rather than an SD card. The card can be hard to pop into place because of its sunken position behind a plastic flap on the left side of the device.

The Sony Tablet S is powered by a 1GHz Nvidia Tegra 2 processor and has 1GB of RAM like almost every other Android tablet on the market. There were a few times during testing when we discovered a bit of lag but performance was generally snappy and scrolling is smooth. The default Sony music and video players don't support all file formats, but there are plenty of apps in the Android Market that will play a wide range of file types. Most of the lag we experienced occurred in the Web browser, which wasn't as slick as we hoped. Sometimes pages loaded without issues, but other times they would lag, load slowly and then freeze. This only occurred a handful of times, but was enough to dampen the appeal of the Tablet S. The Tablet S also seems to struggle with Web forms: it was a painful process to try and book flights through the Flight Centre site, for example.

The Sony Tablet S has two digital cameras on board. There's a front-facing VGA camera that acts as a webcam for video calling (most notably using the Skype Android app), and a 5-megapixel camera on the rear that takes still photos and records 720p HD video. We really like the camera interface on the Tablet S: captured images appear on what appears to look like an old negative roll of film, while you can easily adjust the exposure, white balance and use preset scene modes. The images won't win any awards, but the camera on the Tablet S is better than most tablet's we've reviewed this year, and certainly well ahead of the comparatively poor iPad 2 camera.

Sony claims the Tablet S has a battery life of around eight hours but the figure you achieve will depend on your usage patterns. On average, we managed to drain the battery in about five hours with heavy use, but with moderate use the Sony Tablet S should definitely last over eight hours. 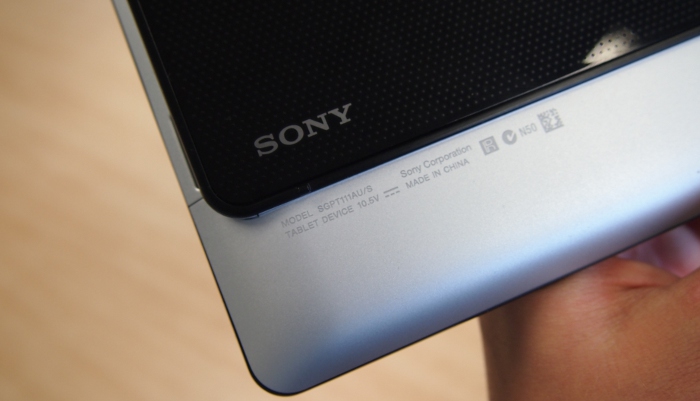 Unfortunately, the Tablet S can only be charged using the proprietary cable. It looks much more like the charger from a notebook computer than a tablet, though the one upside to this is that it charges much faster than a regular micro-USB connection.