Sony's VAIO VGN-NW15G notebook looks good and is comfortable to use for the most part. It has specifications powerful enough for image and video editing, and it is a great mid-sized laptop for users who want something that's stylish yet functional and affordable.

Rarely have the words "Sony" and "affordable" appeared in the same sentence without some back-handed joke being made about how those words should never appear in the same sentence. Yet the 15.5in VAIO VGN-NW15G (which is part of Sony's NW series of notebook computers) costs just $1349. While it's aimed at inexperienced computer users, it still has plenty of mod-cons to keep more advanced users happy. Not only that, it's very well built, and it looks great.

The Sony VAIO VGN-NW15G does have a couple of drawbacks — including a screen with very limited vertical viewing angles and a touchpad that's downright awful — but overall, this laptop is worth your time and hard-earned cash.

You can use the VGN-NW15G laptop for all your regular, not-so-complex computing tasks (such as preparing documents, catching up on e-mail or checking Facebook), yet you can also use it to watch video files on your big-screen TV (via HDMI), or even to edit and burn your own home movies. It ships with software called VAIO Movie Story, which can be used for just that purpose. With it you can edit video, sequence it, and burn it to DVD. You not only get USB 2.0 ports for connecting your video camera, but also a FireWire port (Sony calls this iLink), which will come in handy should you own an older camcorder with this interface. It's very much a laptop aimed at users who are just trying to figure out how to get their home movies onto a computer, but don't know where to start.

The specifications of the laptop aren't top of the line, but for $1349 you shouldn't expect them to be. You get a 2.1GHz Intel Core 2 Duo T6500 CPU, 2GB of DDR2 RAM, integrated Intel GMA 4500 graphics (with 128MB of dedicated RAM), a DVD burner, and a 250GB hard drive. It won't be the quickest cat in the clowder, and this was shown by its score of 71 in our WorldBench 6 test suite. This is exactly the same result as the HP TouchSmart PC IQ545a, which had 4GB of RAM installed and ran 64-bit Windows Vista. The VAIO notebook runs 32-bit Windows Vista Home Premium, but a 64-bit version can be purchased for $1699 (and this version of the notebook will include 4GB RAM instead of 2GB). In our MP3 encoding and Blender 3D rendering tests, the VAIO recorded 1min 27sec and 1min 28sec, respectively. Both results are spot-on for this CPU.

The hard drive is a Toshiba MK2555GSX with a SATA interface and a spin speed of 5400rpm. It recorded an average transfer rate of 19.44 megabytes per second in our tests, which is the average for a 5400rpm drive. You can add more storage via external hard drives, but you can only use USB 2.0-based drives or network-attached storage — there is no external SATA port.

The VAIO VGN-NW15G is a delight to use — for the most part. Its keyboard has isolated keys that are spaced 4mm apart. They feel firm and have excellent feedback. 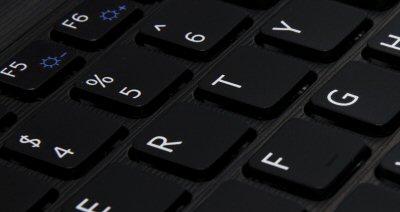 The keys are well spaced and the VGN-NW15G is a joy to type on.