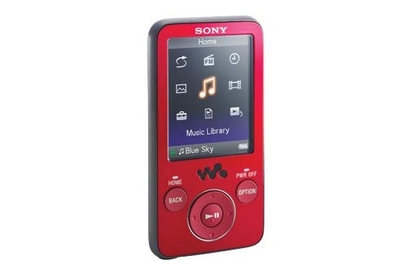 A fairly impressive portable media player, the Sony Walkman NWZ-E436F doesn't do anything incredible and it has a few niggling issues but its combination of good quality video playback and intuitive interface make it a viable choice.

Packing in all the features you’d expect from a modern media player, Sony’s NWZ-E436F is a very solid unit. It doesn’t do anything out of the ordinary but its features are well-implemented, the interface is intuitive and the design is slim and sexy, making it a legitimate and attractive alternative to the iPod nano (4th Generation).

We were quite impressed with the E436F’s 2in LCD display. During video playback the image was crisp and sharp, with accurate colours and smoothly rendered motion. Contrast was also pretty good; while it isn’t the largest display out there it is definitely one of the better quality ones. We’d be happy watching video clips or the odd TV episode on this device.

Audio quality was also fairly impressive. We briefly tested the stock earbuds but they lived up to our low expectations and you really won’t be doing your music justice if you stick with them. When testing with a higher quality pair of IEMs the results were pleasing, with the E436F producing clean, well-balanced audio and a good level of detail.

Aside from basic music and video playback this unit has all the bells and whistles standard to a media player these days. These include an FM radio, picture viewer and clock. We’d have liked to see an FM recording function built in, but you can save presets easily and the receiver performs up to par. The NWZ-E436F also lacks a voice recorder, which some users will miss.

It has playlist support but they can't be created onboard, which is a little irritating (you will need to plug the media player into your computer). There is a five-band equaliser as well as a standard collection of playback modes; album art is supported, too.

We are big fans of the interface and control scheme Sony has implemented. The keys are fairly basic, with a five-way directional pad, back and option buttons on the face, as well as a hold switch and volume controls on the side. The cool thing is that the two face buttons not only do different things when held down, but they are labelled accordingly, so the device is as pick-up-and-play friendly as any media player we’ve used.

The interface is pretty similar to past Sony Ericsson walkman phones, so fans will be quite familiar with the look and feel. It uses a three-by-three grid with simple, intuitive icons and the whole user experience is smooth.

It was a wonderful thing a little while back when Sony finally abandoned its attachment to the atrocity that is SonicStage and made its players plug and play. The E436F has drag-and-drop functionality and it supports a decent variety of formats, including MP3, WMA (with DRM-10), AAC, MPEG4, WMV9 and JPEG.

The design is pretty appealing. It is extremely slim and looks smooth, although the glossy front is a fingerprint magnet. It is quite weighty considering its size, but not so much that it will be a problem, and it helps make the NWZ-E436F feel sturdy.