Sony Xperia P review: WhiteMagic isn't really magic, but the Xperia P is a superbly constructed smartphone let down only by a few small issues Sony's Xperia P feels every bit like a premium smartphone. It's aluminum build, bright and vivid screen and good camera make it a valid alternative to some more expensive rivals. However, many potential buyers may be off put by the lack of Ice Cream Sandwich software, less than stellar ergonomics and a lack of expandable memory.

With an aluminum, unibody casing, a 'WhiteMagic' display that claims to be one of the brightest on the market and NFC connectivity built-in, you could easily be forgiven for thinking the Sony Xperia P is the company's flagship Android smartphone. This mid-range handset oozes class and style but is let down by average battery life, outdated Android software and below average ergonomics.

Not really full unibody, but little cause for complaint

Unlike the company's flagship Xperia S, Sony says the Xperia P is constructed from unibody aluminium. We're not sure how Sony comes to that conclusion when the bottom piece of the phone is clearly a separate plastic piece, but nonetheless, the Xperia P certainly feels more like a premium handset than a mid-range one. The phone feels solid without being too heavy and it's refreshing to see the use of what feel like high quality materials.

We definitely like the aluminium construction of the Sony Xperia P but it does pose some issues. Firstly, the finish is far too easy to scratch and mark, with visible signs of wear and tear appearing after only a few days. Secondly, despite the rounded back of the Xperia P fitting nicely in the palm of your hands, the square, block design doesn't provide the best ergonomics. The sharp corners of the phone dig into your palms when held and can make the Xperia P uncomfortable to hold and use. Finally, the aluminium build leaves no room for a removeable battery or a microSD card slot for expandable memory. With only 16GB of internal memory available, this may force many potential users to look elsewhere. 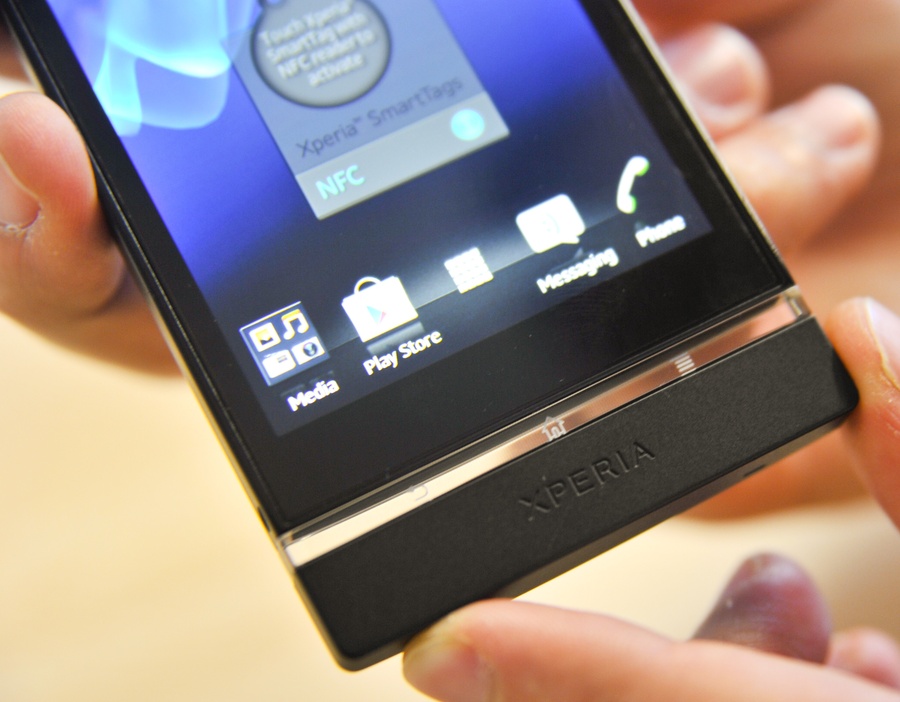 The Xperia P is well constructed, but its sharp edges don't provide the best ergonomics

The most distinctive design feature of the Sony Xperia P is a transparent band below the screen housing back, home and menu keys. The band has a soft, white backlight when the screen is on which does look attractive, though the colour of this light can't be altered. Unlike the annoying Xperia S, the Xperia P's transparent band isn't just for looks — the bar actually houses the back, home and menu shortcut keys. They are responsive and provide haptic feedback when pressed.

The Xperia P has a headphone jack on the top but the rest of the buttons and ports are on the sides, which do look rather busy. On the left is a microUSB port for charging and syncronising, a micro-HDMI port, and a micro SIM card slot covered by a plastic flap, while the right houses a dedicated camera button, volume controls and a power key. We like the well positioned power key which makes it easy to access single-handedly, but the camera button feels too stiff.

WhiteMagic: not really magic but a great display

The Sony Xperia P has a 4in LED-backlit screen with what Sony calls "WhiteMagic" technology. Poor naming aside, the WhiteMagic technology does provide a real benefit as it adds an additional white sub pixel to the standard RGB panel. Sony says the additional white pixel means the Xperia P provides double the brightness of the average LCD screen. The good news is that it actually works — the Xperia P is one of the brightest displays we've ever seen on a smartphone. It's shining light is outstanding sunlight legibility, clearly the best benefit of the technology. 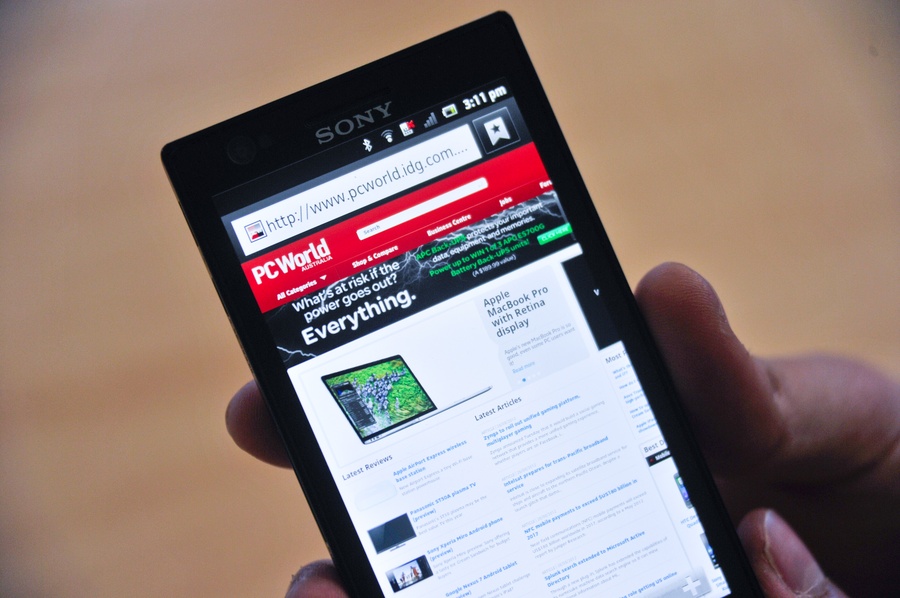 The Xperia P has one of the brightest displays we've ever seen on a smartphone, especially outdoors

That being said, the Xperia P's display isn't perfect. When the brightness is cranked up to its highest level there is a noticeable loss of contrast. The extra brightness also has a negative effect on black levels, particularly evident when you're watching a movie with dark scenes. These aren't huge issues and shouldn't have an impact on the average user but those with an eye for detail will definitely notice the flaws.

The Xperia P's screen has a qHD resolution of 960x540. That gives it a pixel density of 275 ppi and means it displays crisp text and an excellent level of detail. Viewing angles are exceptional, particularly horizontally, and the automatic brightness setting does a good job of adjusting levels when you move from indoors to outdoors and vice versa.

We've lamented it time and time again and even Sony admits it is a disadvantage but the Xperia P currently runs the outdated Gingerbread 2.3 version of Google's Android software. Sony has promised an upgrade to 4.0 Ice Cream Sandwich in the near future, but considering the latest version of Android has been in existence since late last year, the wait is completely unacceptable. 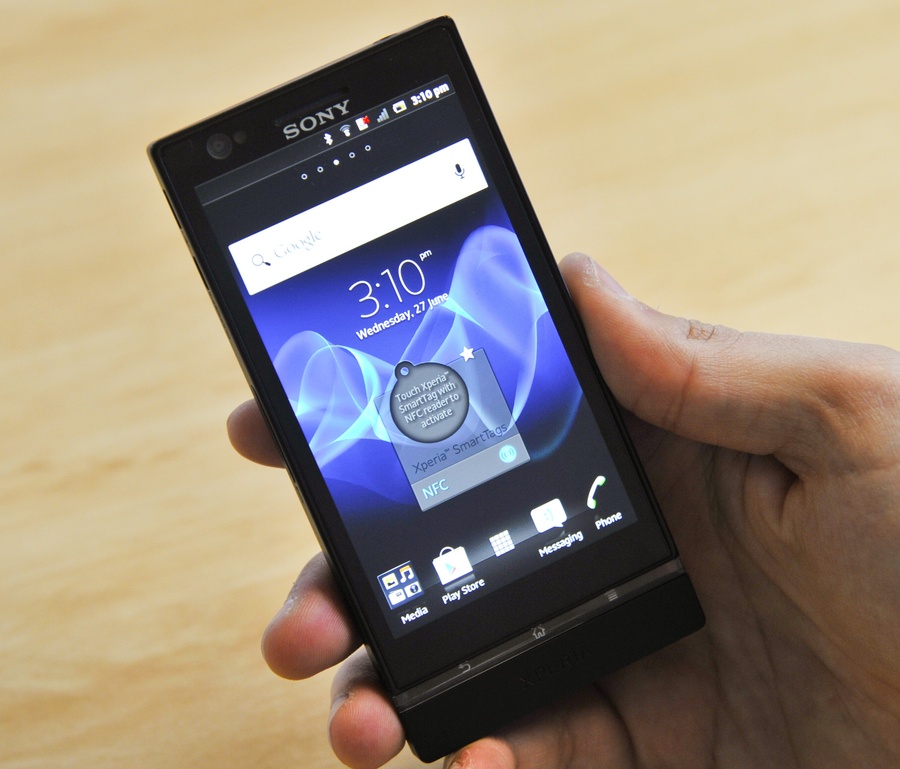 The Xperia P currently runs the outdated Gingerbread 2.3 version of Google's Android software, though Sony has promised an update.

To be fair, the user experience of the Xperia P is largely pleasing, even with older software. Handy folders enhance shortcuts, the app draw can be sorted by multiple parameters, the lock screen allows you to swipe directly into new messages and missed calls and Sony's quick settings widget and power saver apps are excellent. Performance is smooth for most part, though scrolling through home screens can be sluggish and there is some notable lag in the browser. We expect both of these issues to be solved when the phone gets updated to ICS.

Sony's insistence on pre-loading the Xperia P with so many apps — most of which are a waste of space — is an annoyance. We also wish the company would group its Music Unlimited and Video Unlimited services into a single app. Both of these digital content services use the same log-in details but remain separate applications, though oddly, the Video Unlimited app isn't even pre-loaded on the Xperia P.

Sony's default keyboard initially looks small and cramped, but its word correction software works reasonably well. The keyboard has handy, Swype like functionality that allows you to draw over letters in a single motion to type words, though we found it less efficient than Swype. 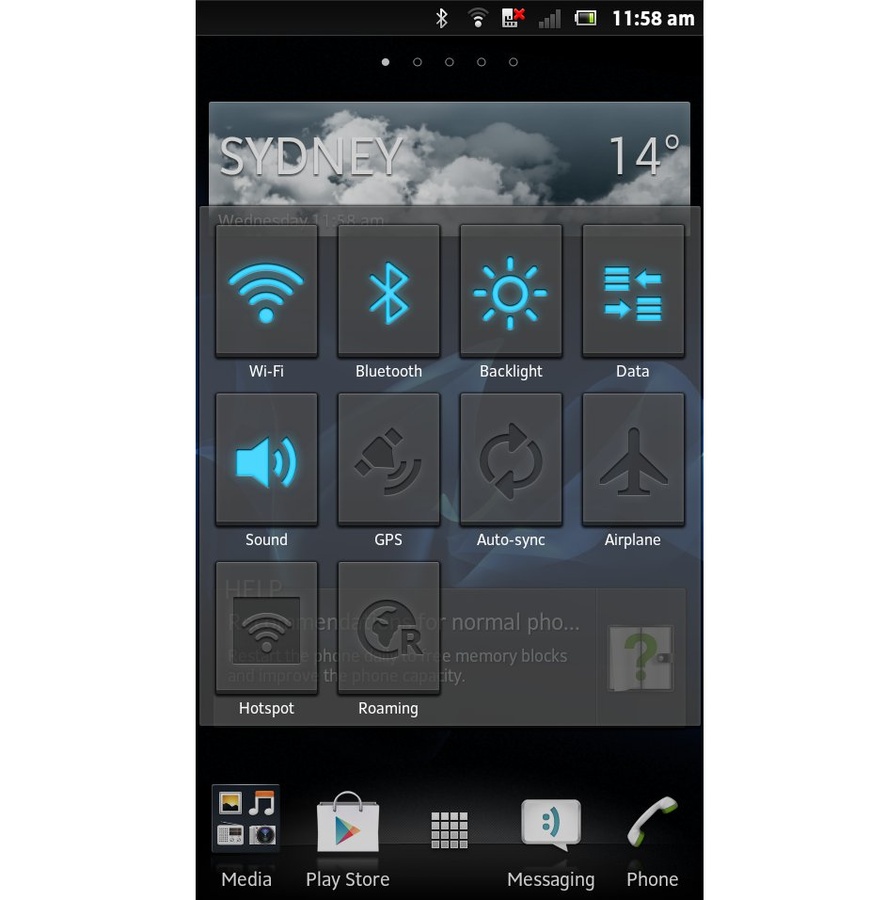 The Xperia P has an 8-megapixel camera that uses Sony's Exmor R image sensor. This claims to offer higher sensitivity and less image noise in low light areas than traditional mobile phone cameras. It captures an excellent level of detail for a camera phone, but it performs far better in natural light than it does indoors. Most of our shots inside suffered from excessive image noise.

Colour saturation can be a little low and contrast isn't particularly excellent, but there is no doubt the Xperia P takes excellent quality photos. The camera records full HD 1080p video, though the autofocus is erratic and often results in unstable and out of focus clips. The Xperia P also has a VGA front facing camera. It's predictably poor for taking photos but works well enough with third-party video calling apps like Skype and Tango. 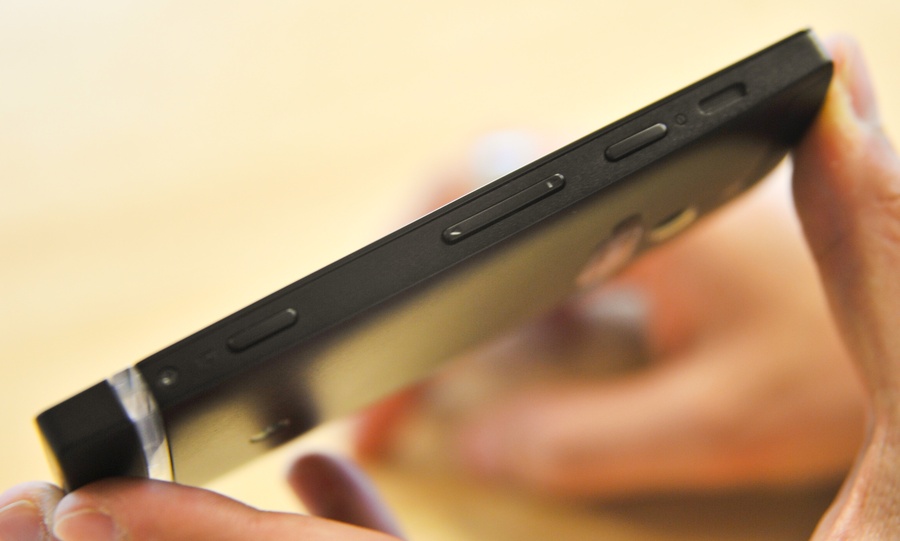 The Sony Xperia P includes an NFC (Near Field Communications) chip and is therefore compatible with Xperia SmartTags. Two of these tags are included in the box on Australian models and allow you to touch your phone against a tag can enable it to activate various settings. You can preconfigure the tags to activate a number of settings or toggle on and off certain functions. These could include turning your phone on silent when you get into the office, turning on Bluetooth when you get into your car, or launching a pre-selected app. The tags are a handy, if not groundbreaking feature and are a good example of infant NFC technology being put to real world use.

The Sony Xperia P has average battery life, which is a little disappointing. Most users should be able to push the battery for a full day before it needs recharging, but the best we managed was around 12 hours of use. You'll definitely be able to extend that if you tone down some settings, particularly the brightness of that excellent screen, but heavy users will surely need to recharge before the end of the day. 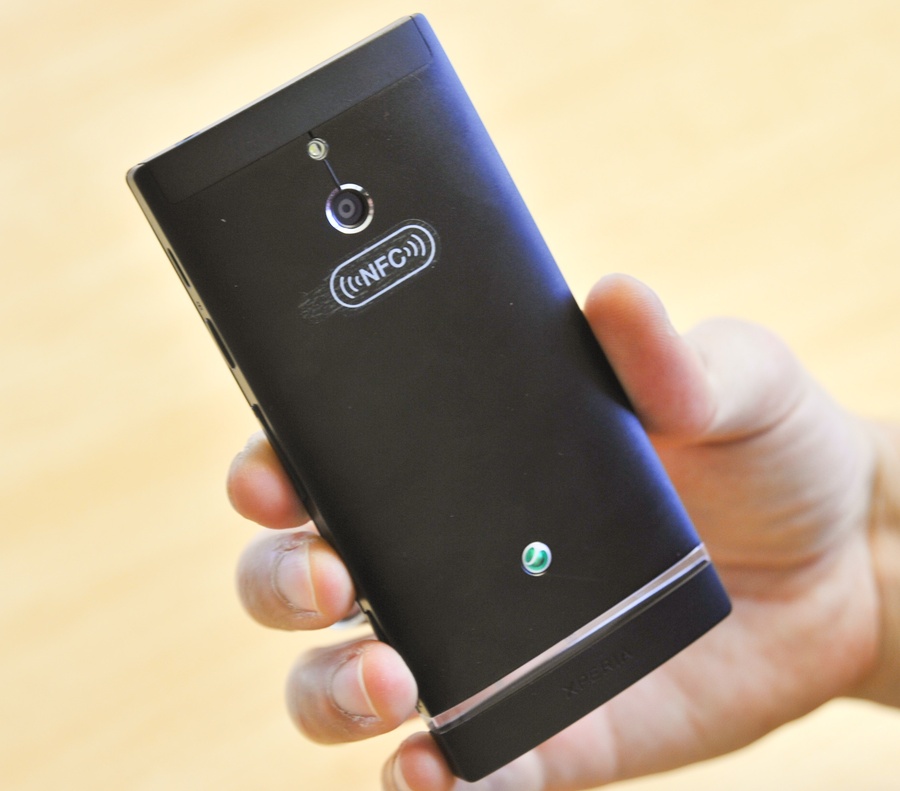 The Sony Xperia P includes an NFC (Near Field Communications) chip and comes with two Xperia SmartTags in the box.

The Sony Xperia P is available through Telstra for $0 on the $49 Freedom Plan over 24 months or outright through Sony Centres ($449) and Dick Smith Stores ($447).