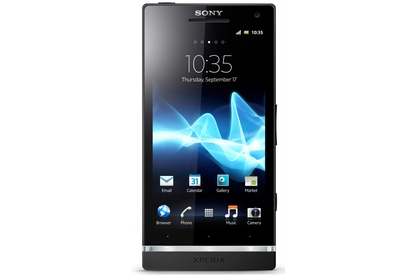 The Sony Xperia S has a great screen, a very good camera and provides a slick user experience. However, it lacks expandable memory and a removeable battery, is still waiting for the latest Android software update and its capacitive shortcut buttons are unresponsive at best. Overall, the Xperia S is a great looking phone, but it could have been a much better one.

Sony's Xperia S Android phone is the company's first product release following its acquisition of the Sony Ericsson joint venture last October. The Xperia S has a great screen, a good camera and looks every bit the premium device, but it has too many niggling flaws to immediately recommend.

Not just a bland, black slab

The Xperia S is the start of a new line of Sony phones called Xperia NXT and on first glance, there is definitely a lot to like about this phone. The design is simple and elegant — it's basically a square, flat block with a curved back that gives it a unique look in an otherwise boring market of black slabs. The Xperia S is just about the perfect weight — it's light enough not to be a burden to carry around, but heavy enough that it doesn't feel like a cheap toy.

The top, bottom, back and sides of the Xperia S feature a soft feeling plastic finish which is very kind to fingerprints, though the same can't be said about the front of the handset which is a glossy fingerprint magnet. We like the well positioned power key, but both the volume and dedicated camera button should be raised more to provide better tactility. We also dislike the fiddly, flimsy feeling plastic covers that hide the HDMI and micro-USB ports on either side.

The most distinctive design feature of the Xperia S is a transparent band below the screen with back, home and menu key labels. If you look closely, you can see a grid inside the transparent bar, which Sony says is part of the Xperia S' antenna system. The band has a soft, white backlight when the screen is on which does look attractive, though the colour of the light can't be altered. 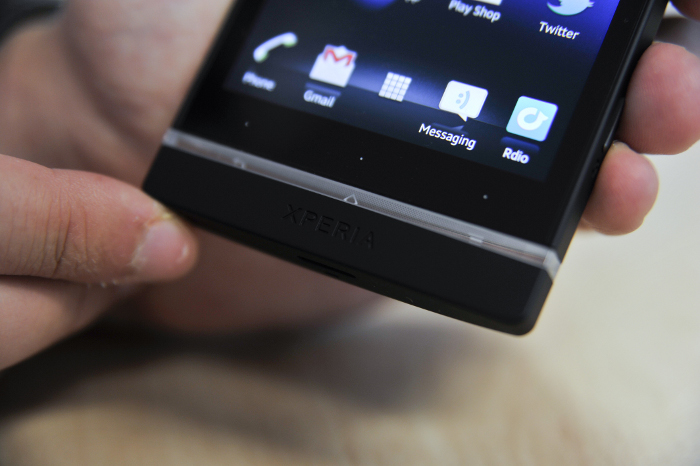 On first glance you would expect this bar to house the back, home and menu shortcut keys but this is not the case. The bar is simply a backlit label for the capacitive buttons, which are denoted by small dots above the labels. These buttons are without doubt the worst aspect of the Xperia S. In my experience they responded about one in every three presses, are poorly positioned too close to the bottom of the screen and are simply a waste of space that just makes the phone longer than it should be. We can only hope this issue is resolved in a future software update.

Even more questionable than the transparent strip is the fact that the Xperia S has a removable rear cover despite the fact you can't change the battery. There's no microSD card slot either, so we can't understand why Sony didn't just use a slot loading micro SIM card slot on the side of the device instead of a removable cover that is quite simply pointless.

The end result of these impressive numbers is super sharp and crisp text, even when zoomed in, excellent image quality for both photo and video content and truly outstanding sunlight legibility. While the Xperia S's LCD panel might lack the true vibrant colours and excellent viewing angles that AMOLED screens are capable of, there is no doubting that this is one of the best smartphone screens we've reviewed. 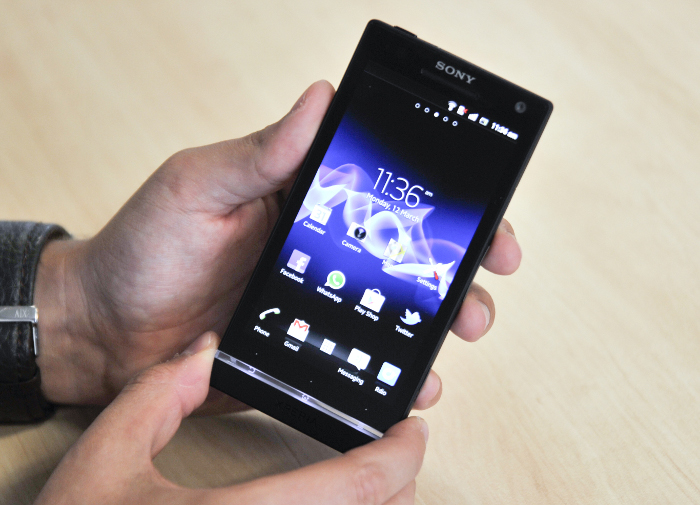 A nice touch is the fact that Sony pre-installs a screen protector on the Xperia S from the factory. It's barely noticeable unless you look really close but considering this is an extra usually bought seperately, it's a welcomed inclusion. Disappointingly, there is no ambient light sensor so the Xperia S won't adjust brightness depending on the level of light like most other smartphones do.